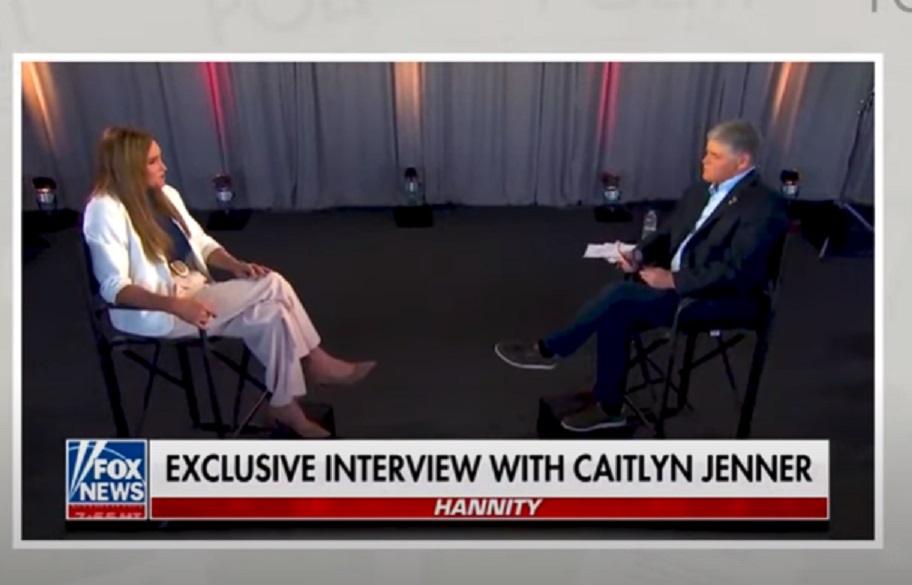 Surge Summary: In a recent interview, Fox News host Sean Hannity plays along with Bruce Jenner that the latter is a woman — thus demonstrating why so many modern conservatives aren’t operating as effectively as they should be against the forces of liberalism/leftism.

Ye are the salt of the earth: but if the salt have lost his savour, wherewith shall it be salted? it is thenceforth good for nothing, but to be cast out, and to be trodden under foot of men. – Matthew 5:13

One thing that we have always said on the Sons of Liberty Radio show is, “If the right was doing their job there would not be a left.” You will understand more in a minute.

Though this took place last week, I had to digest it a bit more before doing this piece on Sean Hannity sitting down to interview Bruce Jenner, who now wants you to believe that he is a woman (Deuteronomy 22:5; Romans 1:18-32).

Sean played along with this man that wants you to believe that he is a woman.  You first better understand that the Lord decided his gender a long time ago.

For the record, Bruce comes across as a cool guy with a good head on his shoulders when it comes to the issues of what is in fact taking place in this country and yet, when it comes to what he is attempting to do in a deceptive scheme of self-transformation, one has to ask, what happened there?  He has clearly lost his senses.

Furthermore, one has to ask what is wrong with Sean Hannity (I have always liked Sean, but this time he has gone way too far) pretending with Americans that Bruce Jenner is now Caitlyn Jenner. Is he kidding me?  Apparently, not.

This is the problem that the said “right” is having today is they are just as bad as what they complain about.  By the way, there is no left-right war going on here, friends.  It is set up to divide (Mark 3:25).  We are ruled by law as a Constitutional Republic (Article 4, Section 4).

What do you see today’s conservatives do when it comes to what they call “the left,” they magnify their crimes but do nothing in response only to show you how weak and worthless they really are, and that is why we have rightly stated that today’s conservatives are yesterday’s liberals.  There is no difference!

What should be even more bothersome here is that they both call themselves “Christians” and yet, what they both are promoting is what God clearly condemns.  This is confusion by design and a clear lack of Christianity every step of the way in this said interview (1 John 2:4-6).

In conclusion: The message has been and always will be “Repent ye: for the kingdom of Heaven is at hand,” and this applies to all of you who want to turn and look the other way while Sean and Bruce are attempting to give more sway to that which destroys souls and countries.

The post Sean Hannity Pretends with Bruce Jenner – This Is Why You Have A Left appeared first on DailySurge.