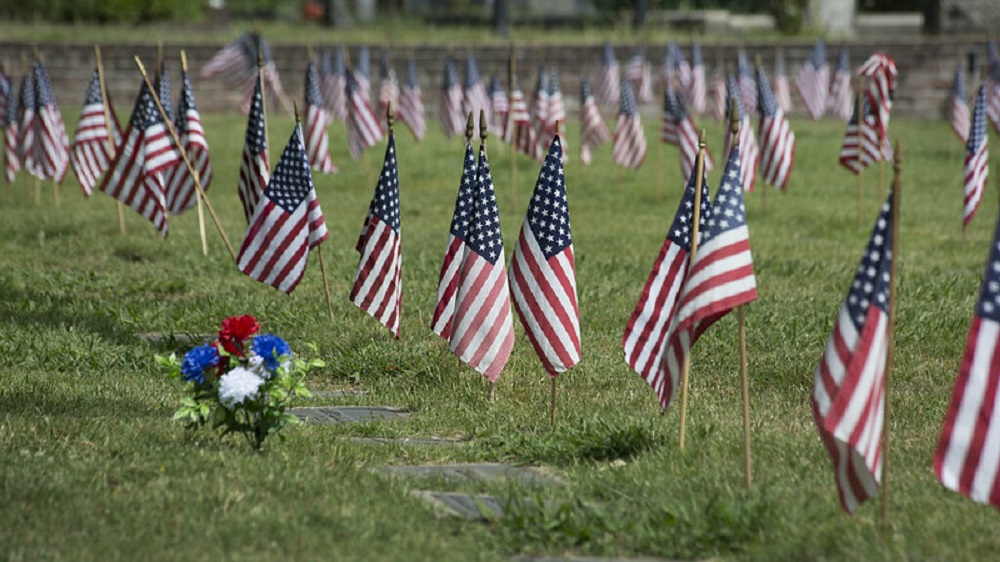 Surge Summary: Memorial Day, celebrated this Monday, not only stirs us to honor all those who have sacrificed all to protect/serve America, but beyond that reminds every one important it is to remember and cherish those individuals — and ideals — which have gone before us, paving the way for the life we enjoy today. History is woefully neglected (or twisted!) in modern culture. That spells trouble for the nation’s future generations.

Monday marks Memorial Day, a national observance first known as Decoration Day.  The first Memorial Day was observed on May 30, 1868, on the orders of General John Logan, commander of the Grand Army of the Republic.  Flowers were placed on the graves of Union and Confederate soldiers at Arlington National Cemetery.

Initially meant as a time to remember those who fell during the bloody battles of our brutal Civil War, the holiday’s significance has been extended to honor all those who paid the ultimate price for our nation.

Of all the dangers facing our country, perhaps the greatest is the one that doesn’t make many headlines — our collective national amnesia.

Our history textbooks are sanitized to be politically correct and give our children little sense of the greatness of the nation they live in.  The Founders are seldom mentioned unless it is part of a controversy about slavery or some other scandal.

I am often struck by how many American kids have nothing good to say about their own country.  Their knowledge of the sacrifices made to establish and preserve their freedom is virtually non-existent.  They are the recipients of the greatest freedom and opportunity that any society has ever produced, yet they are unaware of the price that was paid for it.

At my father’s table, I learned love of country in a way that only a Marine could teach it.  Dad taught me that patriotism wasn’t a theory — it was flesh and blood, real sacrifice and pain.

You are your children’s most important teacher.  They are listening.

Explain to your children the price that was paid to stop the evil of fascism and the cancer of Soviet communism.  Tell them why there was a Berlin Wall, what happened at Okinawa, on the beaches of Normandy, at Ground Zero and over the fields of Shanksville, Pennsylvania.

Take a moment this weekend to teach your children and grandchildren to love the things we love and to honor the things we honor.  Finally, let’s remind ourselves that liberty is a gift from God and that each generation has paid in flesh and blood to preserve it.

As General George Patton said:  “It is foolish and wrong to mourn the men who died.  Rather we should thank God that such men lived.”

All of these things – from these patriot graves and the memorials that honor them to the values they died for – are bound together, as Abraham Lincoln said, by the chords of memory.  But they are also under tremendous assault from the radical left.

We are enjoying the weekend, as you are.  But I pledge to you that when we return we will redouble our efforts in defense of Faith, Family and Freedom!  I hope and pray you will stand with us at this most critical time in America’s history.

The post Memorial Day: Crucial Antidote to the Dangerous Threat of Forgetting … appeared first on DailySurge.