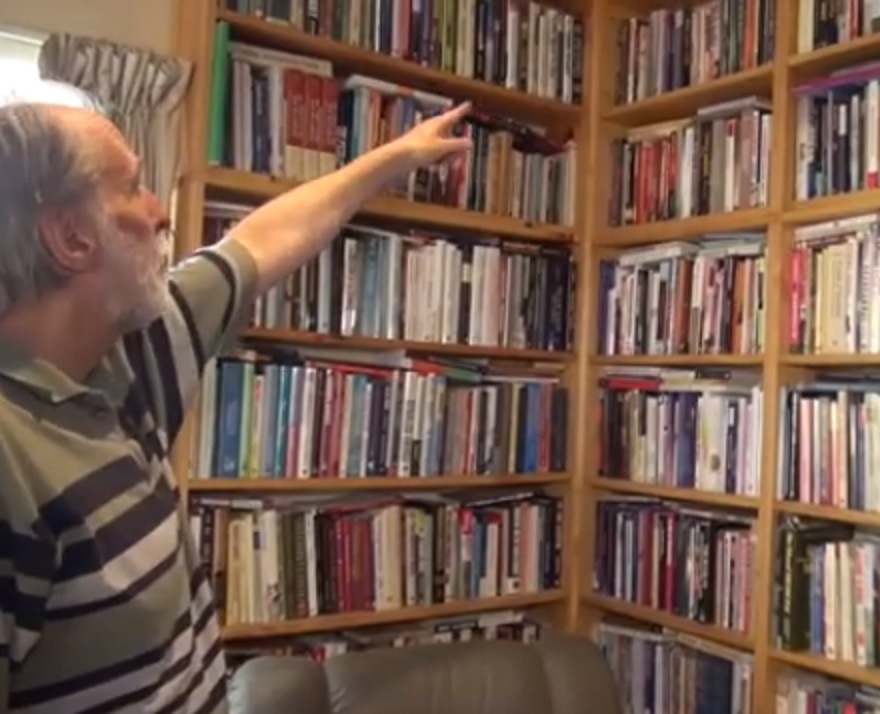 Surge Summary: Popular social commentator Bill Muehlenberg has been scrubbed from Facebook – and he’s not even sure exactly why. This is part of a growing pattern of FB action against him and against other conservative pundits. It’s time for all of us to make their names known in every way we can.

If you live outside of Australia, you might not be familiar with the name Bill Muehlenberg. But he is undoubtedly one of the most prolific, learned, insightful, and theologically grounded cultural commentators in the world. And now it appears he has been terminated by Facebook.

As he wrote on May 27, “I am now persona non grata in the eyes of Facebook,” although, he explains, “my actual crimes are still a mystery to me.”

What he does know is this: “Over 15 years’ worth of work with hundreds of thousands of posts, comments and articles completely erased – in an instant! Nearly 5000 contacts all stolen away from me! Stalin would be so very envious! Hitler would be jealous!”

And here’s what makes this narrative all the more chilling. Bill saw this coming. He predicted the rise of the thought police long before Facebook was flexing its muscles. And he predicts even more dire things for the future if we do not wake up.

Like me, Bill came to faith in Jesus as a hippie during the Jesus People Movement in the late 1960s and early 1970s. (He is my senior by a few years.)

An American who has lived in Australia for decades, Bill has written thousands of articles and a number of books dealing with subjects including abortion, euthanasia, LGBTQ activism, ethics, church history, the problem of suffering, the compromised state of contemporary Christianity in the West, and much more.

In April 2010, he posted an article on his website titled, “When the Thought Police Come Knocking At Your Door.” (I cited this article in my 2011 book A Queer Thing Happened to America: And What a Long Strange Trip It’s Been in the chapter, “Big Brother Is Watching and He Is Really Is Gay.”)

The article began with these words: “Let me tell you in advance something you will need to know. If in the near future you notice that no new articles are being added to this website, and no new comments are being posted, there will be one very good reason for this: I will be in jail, or fighting a lengthy court battle, because of Victoria’s new EOC law [referring to the Equal Opportunity Act 2010] which was just passed.”

He ended the article with this: “Overt persecution of the Christian church in Australia is not necessary. The same impact can be achieved by covert persecution. Simply wrap your attack on Christianity in concepts like ‘equal opportunity’ and ‘anti-discrimination’ and the secular forces will be able to shut down the church just as effectively as passing a law declaring Christianity to be illegal.

“A few final questions remain: will you at least visit me when I am in prison? Will you pray for me, and for others who will not bow the knee to Baal? What will you do, Christian friend? Where will you stand? Are you now ready to face the music, or will you, like Peter, deny our Lord to avoid persecution?”

On a number of occasions since then, Bill found himself in what he called “Facebook prison,” banned from posting on his page for 30 days for various alleged infractions.

“It seems that I am a recidivist. I appear to be a repeat offender. Evidently I am an evil person who must be locked away for the good of society. My humble thoughts are so damaging and threatening that in order to maintain the secular left status quo, I must be made an example of.

“I must be locked up. I must NOT be allowed to share truth on the social media. There is nothing worse it seems than to be an independent thinker who dares to offer contrarian points of view. In the name of diversity, all diverse posts will be pulled, and all diverse thinkers will be banned. Thanks FB.”

Now, for reasons unknown to Bill, he has been erased by Facebook, at least for the moment, if not for life.

In response, I encourage everyone of you to visit his Culture Watch website, to check out his articles and buy his books, and to sign up for his regular emails (in which he simply shares links to his latest articles, with no gimmicks or emotional appeals). Let’s help make his name better known around the globe.

Many of us who are still on Facebook are watching our circulation numbers drop precipitously.

The good news is that the world existed before Facebook and social media and it will exist after these current platforms are gone (or dramatically reduced or changed). The better news is that, while social media can block us and even ban us, no one can ban or block God’s Word (see 2 Timothy 2:9).

With His help, we will get the message out, and the more the world seeks to silence us, the louder we will shout.