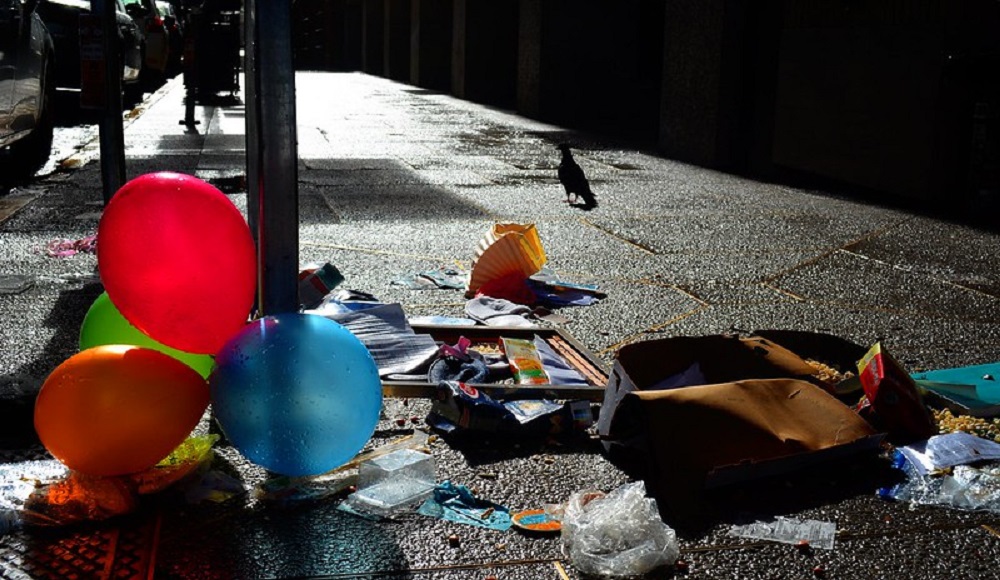 Surge Summary: Despite so much of America’s impressive history, things in the nation are a mess right now. People are asking what went wrong. There are answers to that question, but many may not want to hear them: This Republic has turned form its founding, liberty-cherishing, Judeo-Christian principles. What is erupting all across the land is the result.

Is the party over?

The governor of California asked a pointed question in the wake of the most recent mass shooting. He asked: “What is going on in America?” Great question. The answer will determine our destiny.

From most any perspective, Americans have enjoyed unprecedented liberty and prosperity and health and self-determination for 250 years. Abundant blessings have been obvious, derived from the combination of applied Judeo-Christian principles, our constitutional-republican form of government, tremendous natural resources, land and sea protections, and exploding technologies.

From every nation, liberty loving people risked their lives, in the millions, to come here and work in unity ‘toward a more perfect Union.’ Along the way we defeated every tyrant feeding dreams of conquest. We fought a horrendous civil war, sorting issues of states’ rights, the Union and the Constitution, atoning for the sin of slavery. We launched the greatest system of charity and international cooperation ever seen.  Even in the worst of times we innovated and moved forward.

Yet today, the glory train is losing steam, even as we stand as the lone superpower in the world.

We have forsaken the God of Love, the Source of Goodness, the ever-present Helper in times of trouble, and in times of peace. Without this God shepherding us along paths of righteousness, we lose our way. We unleash deadly viruses. We invade one another. We kill babies, and ignore widows. We commit every atrocity under the sun. In so doing we lose conscience, the center of what enables us to differentiate between good and evil.  Without conscience we become gluttons of sin, desperately miserable, hopeless and weak.

What is going on in America? We are squandering God’s blessings. We have rejected the Son of God, choosing to follow the Son of Perdition instead. The destruction will continue, our rightful punishment, until we repent and return to the Giver of Life.

The post What’s Led to the Mess in America Right Now? There Is an Answer — for those Willing to Hear It appeared first on DailySurge.