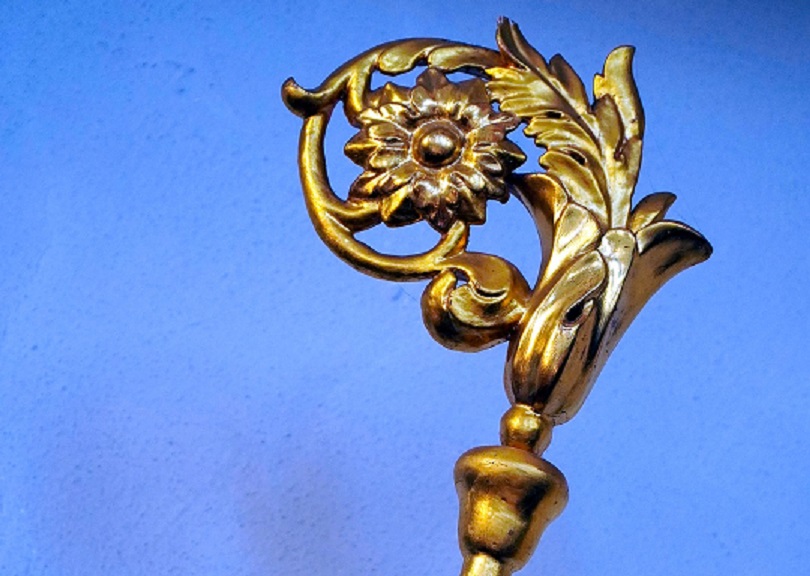 Surge Summary: Roman Catholic U.S. Bishops are meeting to decide whether or not Roman Catholic politicians who support abortion can receive the sacrament of communion. Courage is needed among these prelates. It’s time to confront compromising Catholic leaders and take a stand for unborn human beings.

Over the next few days one of the most significant gatherings of U.S. Catholic bishops will take place. At the top of the agenda will be the issue of the sanctity of life. Catholic theology affirms that “life begins at conception.”

The summit will review a document intended to clarify the church’s stance on an issue vexing Catholic leaders for decades: Can “Catholic” political leaders and public figures receive Communion if they support the exterminating of developing unborn babies?

Familiar with Roman Catholic theology from 12 years of parochial school education and having written a book that helped a quarter million Catholics, I’m watching as Shakespeare said “with bated breath.”

Scores of Catholics deserve a biblically informed document devoid of political correctness politicizing the issue. May there be no complex statement couched in religious gobbledygook, hesitancy or deferring to some future “Holy See” Vatican Commission. God warns leaders in Ezekiel 3:17-18 that if they fail in their role as “watchmen” to warn someone both the disobedient person and they too will suffer serious consequences.

All Eyes on “Bad Boy” Biden

With Biden (plus Nancy Pelosi, Alexandria Ocasio-Cortez and others) identifying as Roman Catholic yet espousing rabid support for abortion for any reason, at any time plus taxpayer funding along with subsidies supporting abortion worldwide this issue is paramount not peripheral. It can’t be thrown into a hopper alongside global warming, world hunger and race relations.

Joe Biden is the most leftist president in America’s history. Now his Catholic parish in D.C. is displaying a Marxist Black Lives Matter banner outside. His hypocrisy in pivoting from pro-life politician to aggressive abortion advocacy has stirred outrage.

Archbishop Cordileon of San Francisco exclaimed, “There is a growing sense of urgency! Abortion is not just one among many important issues… It’s a direct attack on human life.”

Since 1973 we have faced a massive propaganda wave regarding abortion overwhelming us and our youth. It’s devolved from an abhorrent practice anathema to political opportunists like Bill and Hillary Clinton (once saying it should be “safe, legal and rare”) to today simply, “reproductive healthcare like removing a tonsil… celebrate if you’ve had one!”

In light of science, scripture and sonograms we’re in deception and madness. We’re exhibiting unreasonable behavior regarding the sanctity of human life and everyone’s “right to life.” The bishops must come to grips with the gravity of the situation, give guidance while not being fooled by reports of abortions diminishing due to abortion pills now accessible.

In light of Texas’s new law protecting babies when the fetal heartbeat is detected, days ago a high school valedictorian submitted her speech but then ambushed the graduation assembly by substituting pro-abortion propaganda. Broadcaster Brian Williams (“Catholic”) hailed her for her “bravery” as did Hillary Clinton in a text along with Joy Behar paying her tribute on Disney’s “The View.”

Since 1973, we’ve seen over 61 million babies lose their lives. My good friend Dr. Alveda King says with 60% of aborted babies being Black, this is “black genocide – the most racist industry in America.”

Hitler killed 6 million Jews but we’ve killed 10 times that number!Rev. Martin Luther King, Jr. who supported the sanctity of life challenges us to snap out of our stupor: “Our lives begin to end the day we become silent about things that matter.” Babies Lives Matter!

Catholic bishops must make it unmistakable that abortion is taking a human life and participation in the sacrament of Holy Communion will be withheld until there is repentance and alignment with Biblically informed Catholic dogma.

“But Larry, since the Catholic Church has lost lots of moral authority due to scandals, shouldn’t we be flexible and ‘inclusive’ so we’re not losing more members by weaponizing Communion?”

Communion commemorates what Jesus told us to do in Lk.22:19. It is a sacred act done for 2000 years throughout the world remembering His sacrificial, substitutionary death on the Cross taking the punishment for our sins so that we could be pardoned and enjoy abundant and eternal life in union with Him.

Catholic bishops have a clear choice: genuflect to hypocrisy or go with God knowing we’ll one day, whether President or Pope, all give an account to Almighty God. “For we must all appear before the judgment seat of Christ, that each one may receive his recompense in the body, according to what he has done, whether it was good or bad.” (2 Cor. 5.10).

The time has come for courageous communication that hypocrisy won’t be condoned in the Catholic Church especially among leaders who influence millions. As Martin Luther, titan of faithfulness to Scripture declared: “My conscience is captive to the Word of God. Here I stand, I can do no other. So help me God.”

Years ago Pope Benedict XVI, former head of the Vatican’s doctrine office, addressed this issue without wavering, providing leadership for American bishops. In a confidential communication he stated that priests must “deny” the sacrament if a politician comes to receive Communion “despite an obstinate persistence in manifest, grave sin including the sin of consistently campaigning for permissive abortion laws.”

That type of authoritative communication must be crafted into an official document from the Catholic bishops to bring an end to the ambiguity rampant for decades.

Archbishop Joseph Naumann stepped up to the plate upon hearing of Joe Biden’s budget plan with taxpayer funding for abortions. “Taxpayer funded abortion represents a failure to serve women in their maternity by funding despair and death instead of hope in life. The Hyde Amendment has protected millions of unborn babies and mothers in difficult circumstances from the tragedy of abortion.”

Previously the Archbishop said Catholic politicians who advocate for abortions are “creating scandal by encouraging others to do evil.”

Let’s recognize not only “real Catholics” but the fact that there is a real developing baby in the womb with full DNA from the moment of conception! No hem hawing around!  Jesus said, “So, because you are lukewarm, neither hot nor cold, I will spit you out of My mouth.” (Rev. 3.16).

Last week on the front page of our Tennessean newspaper there was a heartwarming story with pictures about a mom carrying her sister’s baby after she’d had cancer surgery. The article cited: “… son due in a few months…baby boy… ultrasound of her son…second child… unborn son… Baby John… His birth…
son.” We’re either dealing with a human being or that “baby bump” is all in our imagination as we prepare for the “baby shower!”

Here’s the deal: Jesus told us, “Truly I say to you, as you have done it for one of the least of these… You have done it for Me” (Matt. 25:40). Justice requires that we pray for the bishops to be faithful to protect babies while putting politicians on notice if they fail to comply they forfeit participation in receiving the sacrament of Holy Communion until they change. Joe, that ain’t malarkey, it’s holding your feet to the fire so you practice what you preach.

The post Bishops and Biden, No Hesitancy or Hypocrisy: BABIES LIVES MATTER! appeared first on DailySurge.