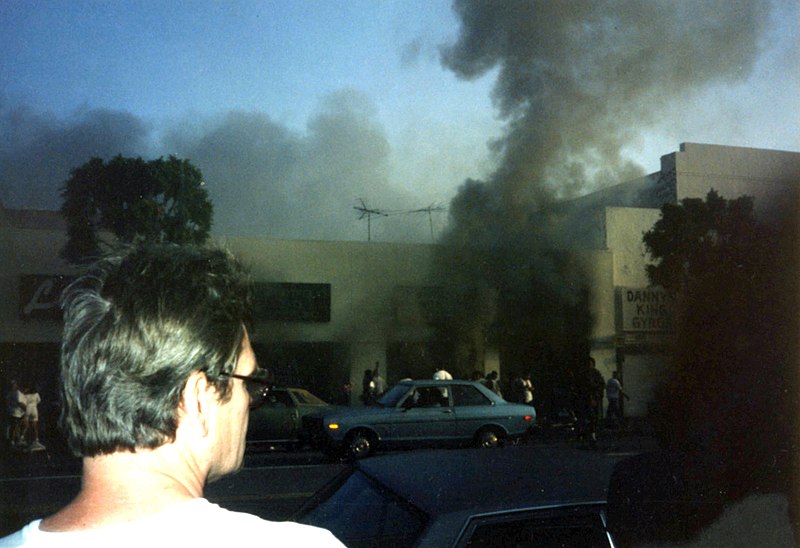 Surge Summary: History reminds us danger can surprise us. Sometimes a firearm would help meet that surprise – but only if we are prepared. un control laws can get in the way of that preparation.

We assume that tomorrow will be much like today. That is how we plan our lives and our politics. If we stop to think about it, we remember that the world surprises us all the time. We ignore that bad things happen because they happen so infrequently. Needing a fire extinguisher seems so unlikely… until we smell smoke. The past few weeks, history reminded us how governments have hurt us. Consider these events and ask if the police were there to protect honest citizens, or would these citizens have been better off if they could defend themselves?

-Almost a hundred years ago to the day, thousands of black citizens in Tulsa, Oklahoma had to depend on the police for protection while they were attacked and their homes, their shops, and their businesses were burned to the ground by white mobs. None of these honest black citizens saw the need for armed defense… the day before they needed it so desperately.

-Violence happens around the world. It was 32 years ago when over ten thousand unarmed students and teachers were murdered by Chinese politicians and the Chinese military in Tiananmen Square. The bodies were deliberately pulverized by tanks, scooped up by bulldozers, and then dumped to hide the number of protesters who were murdered. China has strict gun control… for civilians.

-It was only 29 years ago when Korean shop owners in Los Angeles tried to stop black mobs from looting and burning their homes and businesses. 25 years earlier, the shop owners had been barred under California law from carrying handguns in public. Fortunately, a few of them were armed with rifles. Today, those are the same rifles that California politicians want to ban.

-It was six years ago when several dozen students at a teacher’s college were murdered by local government officials and drug gangs in Mexico. Mexico has strict gun control laws. Honest citizens are disarmed.

-It was only a few months ago when thousands of protestors in Hong Kong were arrested and forced onto trains going to reeducation and slave labor camps. Chinese officials say the citizens of Hong Kong are disarmed for their own protection.

Our memory plays tricks on us. Bad things happen every day, but we assume those surprising events will simply happen to someone else and not to us.  For most of us, our peace is interrupted by only occasional violence. We forget our unusual perspective where peace is the rule.

Our bias makes it easy to believe the politician as he sits in his air-conditioned office and slowly explains that we have no need for armed defense. That same claim is less believable when the official shouts in front of a burning building during a riot.

The police chief sounds so reasonable when he tells us to be a good witness and simply call the police. That same claim is incredible if the cop is in riot gear at a violent protest. As an unwilling participant in a number of recent natural disasters, I can attest that unexpected events can happen to anyone. In practice, the police show up later… if at all.

We expect governments to talk to us. Sometimes it is easier for politicians and mobs to murder us. This year, we’ve had politicians in the US say we should burn down our cities and start over. Socialist elites have said their political opponents aren’t really people and need to be forcibly re-educated. While shocking and deplorable, this talk is mostly peaceful… so far. Armed citizens keep the dialogue going because violence against armed citizens is so costly. Armed citizens deter both criminals and immoral politicians who would use violence to achieve their political ends.

I hope for peace: that’s why I am armed. Unfortunately, tens of millions of honest and hard working citizens in the United States are disarmed by their government. I fear for them, and for the rest of us if they are attacked.

Tomorrow will be pretty much like today and the day before, but not always in the way we expect.
~_~_

The post Changing Times… and the Victims of Gun Control appeared first on DailySurge.