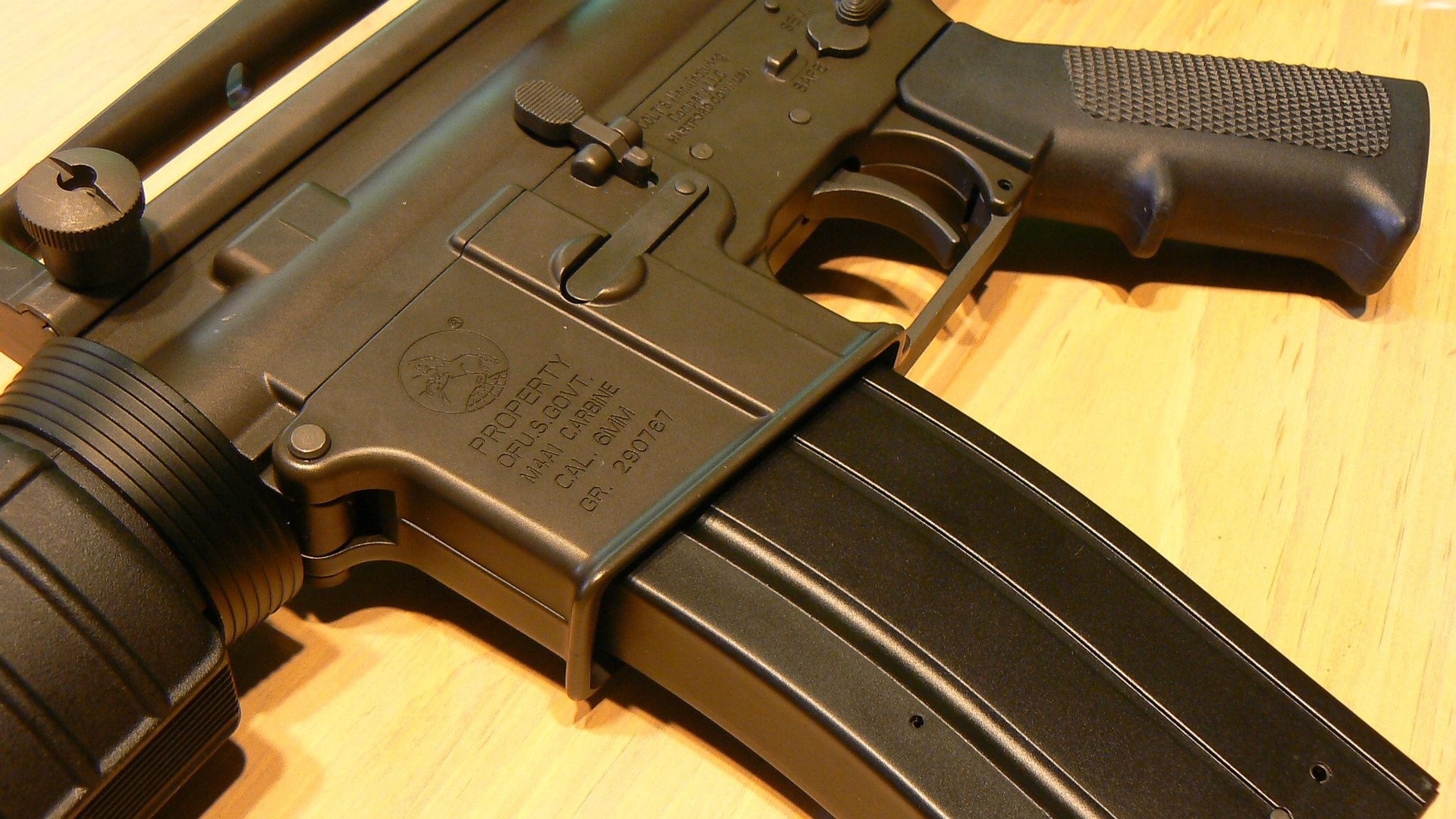 Surge Summary:  California Judge has ruled that California’s ban on AR-15 type rifles is unconstitutional for lots of reasons.

In a 94 page decision, Judge Roger T. Benitez said California’s ban on AR-style rifles is unconstitutional. Read the judge’s decision yourself since he wrote in language that even a journalist can understand. At best I can summarize a few of my favorite parts. The judge said-

The AR-15 rifle is a perfect combination of home defense weapon and homeland defense equipment… the kind of versatile gun that lies at the intersection of the firearms protected under Heller, and Miller, yet, the State of California makes it a crime to have an AR15.

When a citizen complains that the government is infringing, then it is the government that must carry the burden of justifying its restriction of Second Amendment rights.

This Court therefore declares the California statutes to be unconstitutional.

…the “assault weapon” epithet is a misnomer. Like all guns, these prohibited guns are dangerous weapons that can be used for ill or for good. They could just as well be called “home defense rifles” or “anti-crime guns.”

In 1989, when the California assault weapons ban was written, most judicial thinking about the Second Amendment was incorrect. Judicial recognition of an individual right to keep and bear arms would only come later with the Heller decision in 2008 and the McDonald decision in 2010.

This case is not about extraordinary weapons lying at the outer limits of Second Amendment protection. The banned “assault weapons” are fairly ordinary, popular, modern rifles. This is an average case about average guns used in average ways for average purposes.

The news media persuades us that the nation is awash with murderous AR-15 assault rifles. The facts do not support this, and facts matter. Assault rifles were not the predominant type of weapon used in crimes… handguns were…

The Federal Bureau of Investigation shows that killing by knife attack is far more common than murder by a rifle. In California in particular, murder by knife occurs seven times more often than murder by any kind of rifle. A Californian is three times more likely to be murdered by an attacker’s bare hands, fists, or feet, than by his rifle… The same pattern can be observed across the nation.

The state says that the banned features of an assault rifle make the gun more accurate. It is not clear that a less accurate rifle would reduce the number of victims in a mass shooting. A less accurate rifle may very well result in different victims, but not necessarily fewer victims. On the other hand, in the self-defense context, which seems to be far more common, taking accurate shots at attackers is vitally important for the innocent victim.

In California, mere possession of a banned rifle that is commonplace and perfectly legal under federal law and in forty-four other states will land you in prison, will result in the loss of your rights including likely the right to vote, and probably will cause you irreparable monetary and reputational damages, as well as your personal liberty.

Over the last three decades, 19,797,000 modern rifles have been manufactured or imported into the United States. There are twice as many modern rifles in circulation than there are Ford F-150 pickup trucks.

…to pass intermediate scrutiny, the assault weapons ban must address a real harm and alleviate the harm in a material way. The evidence described so far proves that the “harm” of an assault rifle being used in a mass shooting is an infinitesimally rare event.

In 1989, California’s Legislature predicted an assault weapons ban would eliminate or reduce mass shootings. It has not turned out that way. As discussed later, even the State’s evidence demonstrates that mass shootings with assault weapons continue to occur at the same average rate as before the ban. No case has held that intermediate scrutiny permits a state to impinge on the Second Amendment right by continuing to employ a known failed experiment.

Because firearm possession for the defense of home, self, and family is at the core of the Second Amendment right. Without question, there is clear evidence that AR-15 rifles are and have been used for self-defense.

The states expert included the number of events in which no shots were fired in its calculation of an “average,” thus, the expert inaccurately reduces the average number of shots needed to defend oneself during a home intrusion. The expert’s opinion about the number of shots fired in self-defense is entitled to little weight and fails the scientific method.

(I would add that the most likely number of shot fired in armed self defense is zero, but that doesn’t mean you should carry an empty gun or that the state should restrict our magazines to zero rounds.) RM

…for 266,560 homeowners each year, either no firearm was at hand or it was not enough to prevent a violent attack. Are the lives of home invasion victims worth less than the lives of mass shooting victims?

The Constitution does not force citizens to arm themselves for their own protection. it does protect the liberty and freedom of those who choose to do so.

Government is not free to impose its own new policy choices on American citizens where Constitutional rights are concerned. The Second Amendment takes certain policy choices and removes them beyond the realm of permissible state action. California may certainly conceive of a policy that a modern rifle is dangerous in the hands of a criminal, and that therefore it is good public policy to keep modern rifles out of the hands of every citizen. The Second Amendment stands as a shield from government imposition of that policy.
~_~_

The California Attorney General has already appealed the judge’s decision.
~_~_

I gave you a thousand words out of 94 pages. Please share them with a friend.
What part of the decision did you like the best? RM

Image by IIIBlackhartIII from Pixabay

The post California(!) Judge: AR-15 Ban is Unconstitutional — A Legal Decision We Can Understand appeared first on DailySurge.