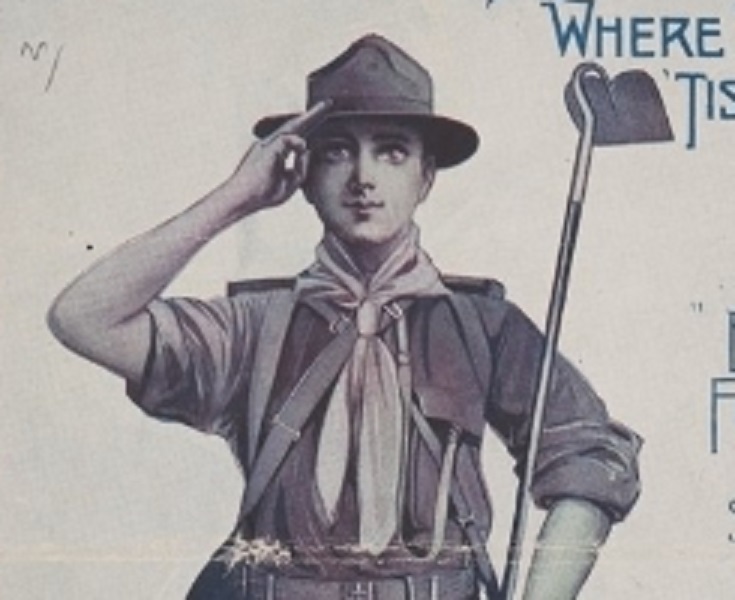 Surge Summary: The moral compromises within the Boy Scouts of America regarding homosexual and transgender issues began several years ago, but its consequences are coming home devastatingly for that organization.

LGBTQ activist said, “Just give us a day.” Then it was, “We want a week!” Then, “Mandate a month!” (along with presidential proclamations, promotions, parades and programs) celebrating homosexuality nationwide and targeting children and youth. As iconic Sesame Street introduced two gay dads for the kids and Nickelodeon put a drag queen reading to preschoolers, LGBTQ activists are just getting started.

Leading up to Father’s Day, USA Today ran numerous articles legitimizing the lifestyle. Along with warm and fuzzy pictures, they featured, “Father’s Day and Pride Month: I Love My Gay Dad.” The next day was: “What Father’s Day Means to a Trans Dad.” The propaganda is pervasive and it should shock and sadden us as it does God.

Everything is presented as if violating God’s commands on moral purity, marriage and family can be disregarded with impunity and without consequences, like last week when a drag queen was honored with a street name here in Nashville. What wasn’t mentioned is “he/she” tragically died a horrendous death at a youthful 45 of AIDS.

The ancient admonition warns: “Whatsoever a man sows, so shall he reap” (Gal.6:7). The divinely ordained principle holds for organizations also that compromise God’s holy standards. Take the once venerable Boy Scouts of America facing another devastating blow.

The Trail of Tragedy

The downward spiral of the largest youth organization in America for over a century traditionally enabled fathers and sons to develop manly character traits of honor, moral purity, integrity, service, patriotism, faith in God and respect for family. Then at the turn of the century LGBTQ activists put the pressure on BSA to compromise its moral code and convictions. Instead of remaining resolute and courageously combating the assault, leadership buckled.

• 2020 – litigation brought bankruptcy to the Boy Scouts of America.

Now, in the middle of all the “Gay Pride” festivities comes the lowering of another boom.

Michigan (where over 3000 sexual abuse victims recently came to light) launched the first statewide criminal investigation into the B.S.A. This devastating news opens a Pandora’s box leaders hoped to avoid. Dispirited executives believed proceeding with bankruptcy and paying settlements (over $750 million) would enable them to move forward. This dashes the dreams, damages their reputation even more plus signals other states to follow suit.

Concealed abuse cases cover a long period of time yet isn’t it ironic how everything exploded? “He who walks in integrity walks securely, but he who perverts his way will be found out” (Prv. 10:9).

This is not bigotry – it is Bible. It’s not politically correct but it puts first God’s design for men and women, marriage and family. For those struggling with and confused with same-sex temptation, God’s remedy is available to all through repentance and His redeeming grace.

Parents, politicians and pastors pled with board members to not be cowards and cave but be courageous men of conviction. Author Joel Battaglia offered this astute analysis: “As America has drifted away from our Biblical roots and pursued gods that fit our lifestyles and cravings, we’ve replaced the Golden Rule with the Golden Calf. Increasingly as moral consequences and little concern for others escalate, moral chaos ensues and our society crumbles under the weight of the sin engendered by the all-consuming worship of the Golden Calf.”

The Elephant in the Room

Media coverage avoids any connection of pedophilia and homosexuality but we cannot ignore “the elephant in the room.” I thank God for rescuing me at the age of 12 from a homosexual who picked me up hitchhiking and offered me money in a seduction attempt but I was miraculously rescued by God who prompted me to jump out of the car! My life would’ve been scarred forever like these 84,000 sexually abused Scouts.

The Bible warns us of catastrophic consequences that come to those rejecting unchanging truth in Scripture. Rome declined because it failed to heed God’s warnings and wisdom.“The wrath of God is revealed from heaven against all ungodliness and unrighteousness of men, who suppress the truth… Although they knew God, they did not glorify Him or give thanks to Him as God, but became futile in their imaginations, and their foolish hearts were darkened. Claiming to be wise, they became fools… God gave them up to dishonorable passions. Their women exchanged natural function for what is against nature. Likewise, the men, leaving the natural function of the woman, burned in their lust towards one another, men with men doing that which is shameful and receiving in themselves the due penalty of their error” (Rom.1:18, 21-22, 26-27).

Study the catastrophic rates of STDs, serial sexual partners and suicides among homosexuals. Isn’t something amiss in America as multitudes celebrate this “Pride” deception?

The Boy Scout Oath recited for a century states: “On my honor I will do my best to do my duty to God and my country and to obey the Scout Law: to help other people at all times; to keep myself physically strong, mentally awake and MORALLY STRAIGHT [emphasis mine].

Here’s the deal: The time has come for B.S.A. executives to repent for compromise and return to their mission. Their terribly tarnished reputation can be restored but only if they honor God and the original values that anchored them for a century.