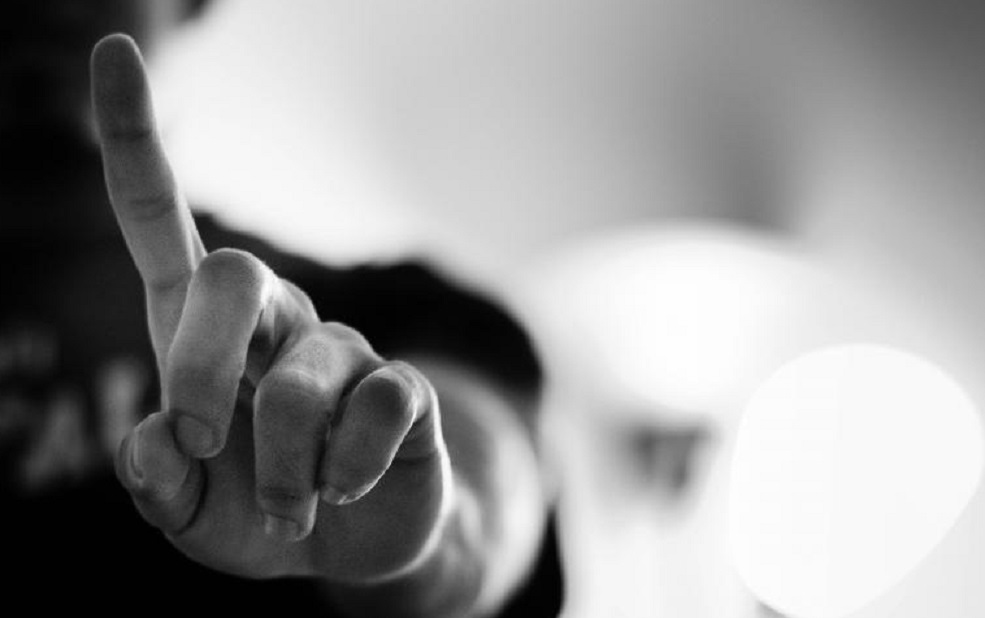 Surge Summary: All men – presidents not excluded – who profess to be followers of Jesus Christ are accountable to those who would be identified as leaders of the church they claim. This is a truth largely ignored by America – and the American church – today.

Should Biden, Trump, Bush, and Clinton, and Other Politicians Be Disciplined by their Church? « Don Boys (cstnews.com)

What do Bill Clinton, George Bush, Donald Trump, and Joe Biden have in common? They all fornicated, and Clinton lied to America then insulted us with a confession. All these men should be kicked out of their churches, but that won’t happen because many religious leaders are unfaithful to the religious principles they profess so loudly. They are without courage, convictions, and commitment and are as dishonorable as the politicians.

Some courageous and conscientious Roman Catholic clergy are making noises about refusing Biden communion because he supports the butchering of innocent babies on the taxpayers’ credit cards. However, the chances of Biden being refused communion are about the same as Pope Francis resigning and hiring on as a Hulu dancer in Hawaii.

The clergy were not always so supine.

Ambrose Bishop of Milan wrote to a church member in 390 A.D., warning him that he had been excommunicated because of his public and heinous sin. He also warned him that he would not be permitted to receive communion; however, that member was not just Larry Layman. He was Theodosius, the top honcho of the Roman Empire!

It seems that a Roman official had been murdered during a political disturbance in Thessalonica, and Theodosius ordered his army to the Greek city to exact a pound of flesh. They took a little more than that since about 7,000 people of all ages were killed. Like most dictators, presidents-for-life, emperors, and others, Theodosius planned to teach the untutored, unwashed, and unarmed citizens a lesson about “who’s the boss.”

Ambrose knew that he might be killed or exiled for his reprimand of the Emperor since emperors don’t like to be corrected or threatened by religious leaders. However, Ambrose’s principled action resulted in Theodosius repenting! That is the desired result of all church discipline. Ambrose said, “The emperor is in the Church, not above it.” The religious pressure on the Emperor may have prompted his repentance, so its genuineness is in question.   Coerced repentance, if not heartfelt, is not repentance.

No one knows if Theodosius sincerely repented or not but at least, he satisfied the Bishop and was not excommunicated.

Bill Clinton is a Baptist, and his many trysts, affairs, romps, assaults, rapes, etc., with Monica Lewinsky, Jennifer Flowers, Juanita Broaddrick, Sally Perdue, Paula Jones, ad infinitum screamed for biblical discipline. In the mix was his televised denial of an affair, so he became a public liar. You may remember that women were not always believed about their affairs as they are now. In the old days, they had to support an accusation; now, they only have to speak it.

Some foremost Evangelical leaders made periodic trips to the White House to advise Clinton in spiritual matters when they should have imitated the prophet Nathan and shouted, “Thou art the man.” Clinton lived eight years in the White House when he should have been in the big house.

George W. Bush was haunted by two sex scandals that received little notice. One involved a criminal complaint and lawsuit of rape as charged by Margie Denise Schoedinger, a 38-year-old black woman from a Houston suburb who alleged she dated Bush as a minor. She charged Bush with rape in October 2000 alleging, “race based harassment and individual sex crimes committed against her and her husband.” She shot herself in the head nine months after filing suit against Bush.

Usually, that would be worldwide news, but it was subdued.

The second scandal was an accusation by former Austin stripper Tammy Phillips of having an affair with Bush that ended in 1999. She was a 35-year-old partner in a Carrollton, Texas gym. She asserted that she had been introduced to then-governor Bush by her prominent Republican uncle in December 1997 during a political function at a hotel in Midland, Texas.

The Phillips’ scandal was reported in The National Enquirer, New York Post, and other media outlets but disappeared as the 2000 presidential campaign got underway. After that, Phillips dropped off the face of the earth.

Bush moved into the White House with the help of prominent Evangelical leaders.

Donald Trump had numerous affairs, even boasted about them, denied them, paid off prostitutes, and showed no remorse, repentance, or restitution. Yet, his Presbyterian Church never disciplined him as a layman or president, and effervescent Evangelical leaders continued to fawn over him. It was one thing to prefer him as president above another Clinton and another thing to pretend he was a conscientious Christian.

When Biden “joined” a Roman Catholic Church or when he came of age, he knew the church taught that abortion was not only a sin but also a crime. Thus, approving, applauding, and advocating abortion is not like disagreeing with the Pope’s ludicrous comments about capitalism or social justice. If Biden (and others) had character, they would do the principled thing and remove their membership, and if their pastors had character, they would confront the offenders.

Joe Biden should be refused communion for his numerous lies, plagiarism, cursing, and his flaunting of Catholic doctrine. But worse than that, Biden took Jill, I mean Dr. Jill, away from her husband, although both Joe and Jill try to make their illicit fling a starry-eyed fairy story. However, the breakup of a family and the stealing of affection are never romantic. It is worthy of being booted from church membership, not simply being refused communion.

The current and former presidents have filthy mouths, proof that their mothers did not wash them out with soap. While cursing is not as vile as adultery, it is enough to forbid him communion or remove from him church membership.

The following quotes of Bush are so revolting, I even refused to disguise his words. I have become weary of the vile words used by so many lowlifes in recent months. Some think disguising vile words gives a pass, but would I be prompting my readers to mentally say the words, thereby coarsening their lives. So I refuse to “think” the words myself. Yeah, I know, I’m living in a bubble, but that’s my preference. Decent, normal, educated, people don’t think that way and don’t talk that way.

According to Time (March 23, 2003), George Bush told three U.S. Senators (and then-National Security Adviser Condoleezza Rice), “[*&%] Saddam. We’re taking him out!” Before his election, Bush called the Wall Street Journal’s Al Hunt a “[*&%] in a Dallas restaurant in the presence of Hunt’s wife and 4-year old son! The president also said (into a live microphone) that New York Times reporter Adam Clymer was a “major-league [*&%].” Evidently, Mr. Bush doesn’t know that Christians don’t talk that way, and even non-Christian gentlemen don’t talk that way in the presence of ladies.

Whatever we say should be unambiguous and not be embarrassing, or an insult to others who believe their yea should be yea and their nay should be nay. Vulgar (even non-vulgar) curse words are never acceptable by civil, cultured, and Christian people. I am told that such filthy speech does not affect one’s public office, but that is not the issue. The issue is membership in a professing Christian church.

Ephesians 4:29 commands, “Let no corrupt communication proceed out of your mouth.” That is a command of God to the president of the U.S. as it is to the lowliest member of his church. Their pastors should say, “Even if you confessed those public sins to Christ, they must be confessed to our church, so our youth and the general public will understand that Christians don’t talk that way, not even the president of the United States. You, sir, are not an exception.”

Clinton is a Baptist, Bush is a Methodist, Trump a Presbyterian, and Biden is a Catholic. Not one of their pastors has the moral courage to call for—even demand their repentance. But what is shocking, even alarming, is that Evangelical leaders are so silent! Where are all the pro-family representatives? Some of them applauded Clinton, Bush, Trump, and Biden when they should be appalled!

It seems most Evangelicals are Evan.jelly.cals.

It is my opinion that many Evangelical churches are an appendage to the Republican Party, and their pastors are aging and graceless cheerleaders for the GOP. Others, especially Black preachers, have been in bed with Democrats for decades and would support Louis Farrakhan for President as long he was a Democrat! Such people are strong on preaching and soft on principle. Churches used to be the moral compass of America, but instead of a force to be reckoned with, they have become a farce to be ridiculed.

None of the above men should receive special attention because they are powerful celebrities. In the local church, everyone, and I mean everyone, is equal. However, it seems some are treated more equally than are others. Not only are the offending men guilty and reprehensible, so are their do-nothing pastors!

All above men should be called into their pastor’s office for possible repentance with a public apology the following Sunday or be removed from church membership! If they refuse to publicly repent, each pastor should say, “Since you will not repent and confess, you will be publicly removed from our membership since you refuse to abide by biblical standards.”

After all, when a person joins a church, he knows what the church believes and that the church has the right, yes even duty, to see that all members follow their teaching. However, the above men, through arrogance, lust, lack of character, etc., chose to disobey God and their church rules. Yet, no one has called for their dismissal, and many argue that they should not be disciplined in any way!

Some social clubs and lodges have higher standards than many churches.

Everyone knows the above offenders will not stand at the church altar sobbing uncontrollably, confessing, as did another head of state thousands of years ago: “Have mercy upon me, O God…blot out my transgressions. Wash me thoroughly from mine iniquity, and cleanse me from my sin….Create in me a clean heart, O God, and renew a right spirit within me.” Moreover, because I demand that U.S. presidents are not exceptions and must experience remorse, repentance, and restoration, radical leftists will accuse me of being a sanctimonious Bible-thumper.

Frankly, I seldom thump my Bible and never really hard!

(Dr. Don Boys is a former member of the Indiana House of Representatives who ran a large Christian school in Indianapolis and wrote columns for USA Today for 8 years. Boys authored 18 books, the most recent being Muslim Invasion: The Fuse is Burning!  The eBook is available here with the printed edition (and other titles) at www.cstnews.com. Follow him on Facebook at Don  Boys, Ph.D.; and visit his blog.  Send a request to DBoysphd@aol.com for a free subscription to his articles, and click here to support  his work with a donation.)

Image: Adapted from: Photo by Kevin Sequeira on StockSnap; https://stocksnap.io/photo/finger-pointing-CB8PFQR6E9

The post Biden, Trump, Bush, Clinton: None of Them Above Accountability to Church Leaders appeared first on DailySurge.