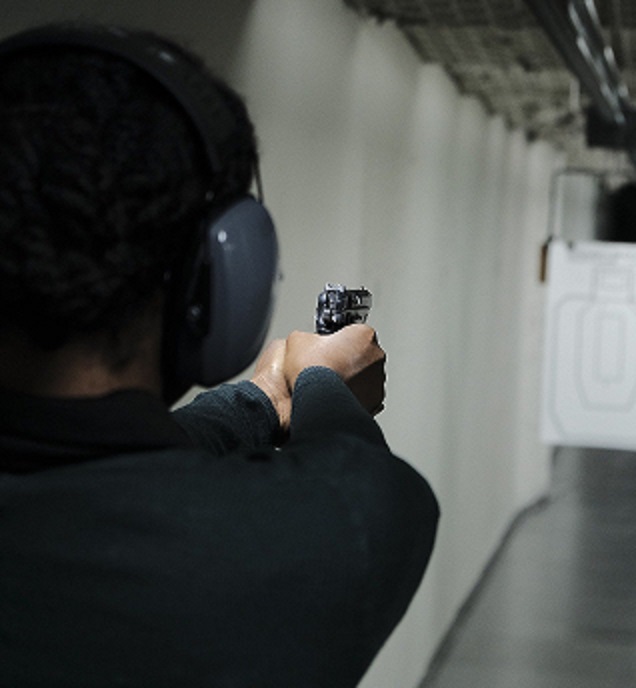 Surge Summary: For years now the establishment media has been hard at work advancing an unflattering stereotype of gun owners and gun ownership. It has an agenda to push against firearms – and it is actually costing some victims their lives.

We are living through several social experiments running at the same time. Unfortunately for us, the outcome is uncertain. We went from 3 TV channels and 4 radio stations to hundreds of media channels running 24 hours a day and seven days a week. In theory, the news media was supposed to inform us so we could be responsible members of a democracy. In fact, the media delivers click-bait sensationalism and 20+ minutes of commercials each hour. On top of that, we have a world of information in our pocket. That was supposed to leave us better informed. Instead, we’re fed corporate propaganda and told what we “need” to buy. I’ve watched the media create the false impression that gun owners in the United States are dangerous. Those media inconsistencies are easy to find.

One obvious example is that the MSM calls a gun a “patrol rifle” or a “personal defense weapon” when a government employee carries it, but they call the same piece of plastic, aluminum, and steel an assault weapon if it is in my wife’s hands. We’re told that a gun is completely ineffective to affect government behavior, and yet the same gun is “much too dangerous” to be left in the hands of honest civilians. It seems the media, and some government officials, wants it both ways.

The media’s lies extend beyond the hardware and include the nature of gun owners themselves. Yes, the media lies to us about who owns guns in the United States. I think I know why. The media stereotyped gun owners for years. They call us old-white-rednecks, yet most new gun owners are women and minorities. For obvious political reasons, the media doesn’t want us to know what today’s gun owners look like. Times change, and the media doesn’t want minority women to know that they are the fastest growing segment of the gun owning population. In 2020 and 2021, more minority women are curious about guns as they see their friends become gun owners and take training. That is called a preference cascade. The media lies to us so we won’t know what is possible for us.

Look at it from this perspective. Lots of us want to protect ourselves and our family. We’ve also heard that guns can be an effective tool for self-defense. Many people who grew up outside Armed America don’t know what training they need nor what equipment to buy. No one wants to embarrass themselves by asking foolish questions. We don’t want to fail, and we don’t want to be the only person who admits they have something to learn. We want reassurance that owning a firearm is both useful and easy to do. We want to know that people like us have succeeded in protecting their families and their businesses.

More minority women are adopting armed defense now that they see that their friends have already done so. For its part, the mainstream news media wants to hide how diverse and commonplace Armed America really is. In fact, far more people participate in hunting and the shooting sports than play golf. I wish the media bias stopped there.

Mass media pummels us with horrific images after a mass murder. They seldom show us the mass murders that were stopped by armed civilians. The media never shows us the good news to the same extent as the bad. One reason is that the media has to sell outrage to capture our attention. The truth is too dull, and outrage is the only way we will sit through 20 minutes of advertisements an hour.

The media tells us about the robbery at the convenience store. The media seldom shows us the story of the armed store clerk who chased away the two robbers late at night by himself. The media should give us a sense of proportion. Instead, the media feeds us sensationalized headlines. Each year, we defend ourselves millions of times with a firearm while dozens of us become the victim in a mass murder. You’d never know that from the media coverage. The media doesn’t want us to know that most robbers would rather run than get shot. That story doesn’t fit the biased narrative that the media is trying to sell.

Media bias against honest gun owners is fueled by both the preferences of the advertisers and by the political bias of the news editors. We can blame a failure of imagination on their part. They can’t recognize when guns save lives. Our social elites simply can’t imagine defending themselves, so they are blind to it. Self-defense never happens according to their view of the world. When it comes to personal safety, that is what they pay the private security guards at their condo to take care of. That is why their office has a security guard at the front door. If you wanted protection, then you’d do what they do and live where they live… or so they think.

Since they can’t imagine protecting themselves, they think guns ought to be outlawed. They can’t admit that licensed gun owners who concealed carry are more law abiding and non-violent than the police. It is outside their experience, and we might as well tell them that gun owners are from the moon.

Before we gun owners feel special, the elites don’t know people who own a pickup truck either. The news is corrupted by the personal and corporate bias of the news organizations. That would be of academic interest, except the media’s bias is getting our children killed.

The media elites ignore that mass murders usually occur where guns are banned. Mass murderers deliberately attack us where you and I are disarmed. We are disarmed in “gun-free” zones because we obey the law. From the media point of view, more disarmed civilians mean more stories of mass murder and more commercials for auto insurance. What is worse is that there were over 80 copycat murder plots after the mass murder at the high school in Columbine, Colorado.

These murderers said, in effect,

“I want to have may face and my name in the news. I want everyone to know who I was.
“I want the same multi-million dollar publicity campaign that the media gave the last mass murderer.”

and the media was only too eager to give them what they wanted.

We had to coin a new term to describe this media phenomenon; it is called “celebrity murder-suicide”. The media lies to make money and they lie to feel good about themselves, when in fact, they help drive the mass murder that gets us killed.
~_~_

Next time we’ll look at the way the news media scrupulously ignores the lives that guns save here in the USA. That is costing us lives as well.

I gave you a thousand words. Please share them with a friend. RM
This article grew out of a conversation with Dean Rieck on Keep and Bear Radio.