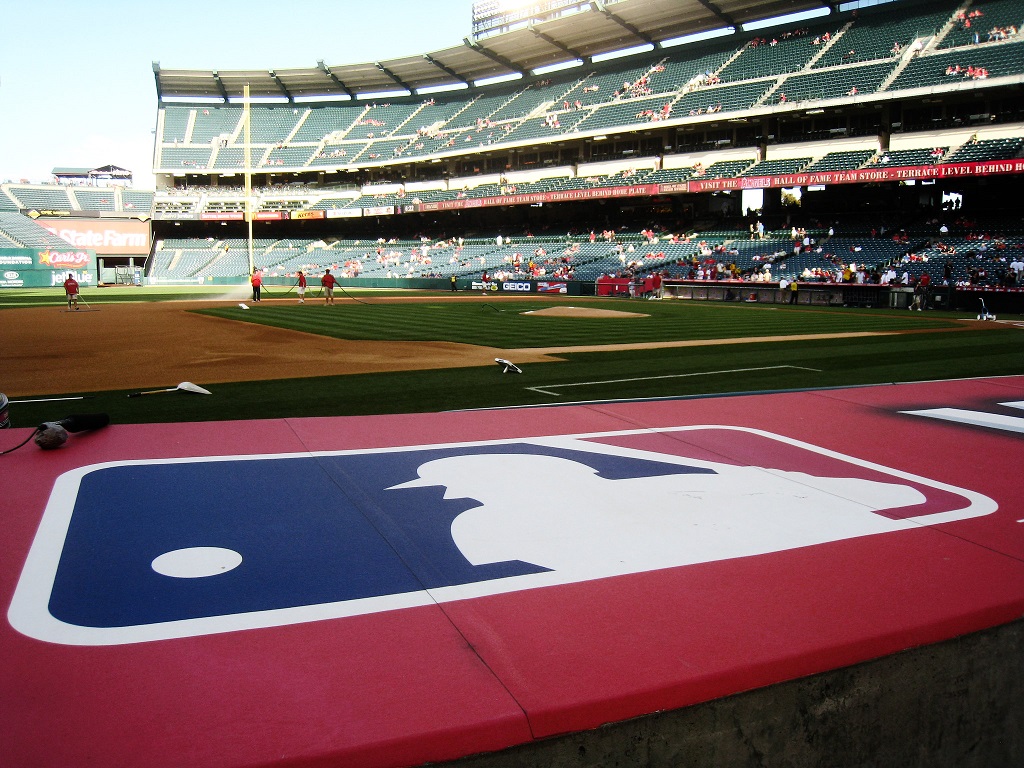 Surge Summary: This past spring, Major League Baseball raised quite a stink over the bogus claim of Georgia’s suppression of voting rights – but the League is silent now in the face of the demand for freedom and civil rights coming from the people of Communist ruled Cuba. While boycotting Atlanta as a site for this summer’s All Star Game, will professional baseball continue to have dealings with oppressive regimes like China and Cuba?

Editor’s note: A version of this article first appeared in the Pittsburgh Tribune-Review.

“MLB remained absent-mindedly and cowardly mute on the Cuban people’s freedom struggles, despite the game’s close ties with Cuban players.”

So writes David, a Grove City College alum and a reader of my columns.

David continues: “The league has no excuse now for dodging the political issues of the day as they arise. Aroldis Chapman represented the New York Yankees at the All-Star Game in Denver—and he certainly to his credit didn’t shy away from the hot-button issue of the week: the ongoing protests and demonstrations against Communism in Cuba, about which social and sporting institutions have remained silent.”

As David noted, Chapman was quite vocal in his solidarity with his people, writing “SOS Cuba” and “Patria Y Vida” on his game hat. His commendable gesture was joined by Texas Rangers outfielder Adolis Garcia. Both players are defectors from Cuba.

Has Major League Baseball joined them in their protest of communist Cuba’s abuses? Not at all.

And this isn’t the first time that MLB’s silence in the face of Cuban oppression has been pointed out. Back in April, before the current uprising in the Cuban streets, Senator Marco Rubio called out the “hypocrisy” of MLB and commissioner Rob Manfred for relocating the All-Star Game from Atlanta to Denver in protest over Georgia’s new election laws while mum on abuses in nations like Cuba and China. “Will Major League Baseball now end its engagement with nations that do not hold elections at all like China and Cuba?” Rubio asked.

If you’re puzzled by this mixing of baseball and politics, well, you should be, but it’s entirely the fault of Major League Baseball. The likes of Rubio and Chapman and Garcia and my friend David and countless others are angry at Major League Baseball for engaging in politics in the first place, and hypocrisy.

In a number of columns here the last few months, I wrote about the outrageousness of MLB Commissioner Rob Manfred politicizing America’s national pastime by yanking the All-Star Game out of Atlanta as a result of his partisan interpretation of Georgia’s new election-integrity laws. That game, in case you missed it (I did—recall that I’m boycotting baseball for the entirety of the 2021 season), was played last week in Denver rather than Atlanta.

In those columns, I noted that Manfred opened up himself and MLB to all sorts of charges of hypocrisy in the future, because such is what happens when you politicize baseball. Fans wonder why Manfred punishes say, city X rather than city Z, or state A rather than state B, for this or that alleged political infraction. In one of my articles, I noted that Pennsylvania has certain voter criteria more restrictive than Georgia’s, and I thus asked if MLB would be boycotting Pittsburgh Pirates and Philadelphia Phillies games. Once you open this door and go down this road of politics, you’re vulnerable to complaints of double standards. That’s why baseball should stick to baseball and get its big nose out of politics.

In the case of Cuba, the hypocrisy is even worse. Not only does Cuba obviously have far more stringent voting restrictions than Georgia or anywhere in America or the entire Western Hemisphere—being a communist dictatorship—but baseball players in Cuba have no wage and labor rights.

This is actually a topic I’ve followed for a long time, given my focus on communism. No one even knows how much money Cuban baseball players currently make, though we know this much: their incomes are far below what Rob Manfred and anyone would consider the poverty line.

The last reliable numbers we had (early 2000s) revealed that the entire payroll for the Cuban national team was $2,400—yes, for the entire team. Each man on the roster of 20 players was paid a paltry $120 per year, just like everyone else in Cuba, from doctors to teachers to maintenance workers. That is what absolute equal redistribution of wealth of wealth looks like.

But like every communist country, while everyone is equal, some are more equal than others. No one in Cuba has had a payroll quite like the Castro brothers. Forbes magazine estimated Fidel Castro’s net worth at the time of his death at a cool $900 million. He was regularly ranked one of the top 10 wealthiest rulers in the world.

Of course, Cubans painfully realize their horrible situation. They flee the country when they can.

Today, MLB is the home to a huge number of Cuban nationals who escaped this madness. And many of those freedom seekers no doubt wonder how Rob Manfred can punish the city of Atlanta for alleged injustices that come nowhere near the horrible injustices suffered by Cubans for over 60 years.

Dr. Paul Kengor is professor of political science and chief academic fellow of the Institute for Faith and Freedom at Grove City College. One of his latest books (August 2020) is The Devil & Karl Marx: Communism’s Long March of Death, Deception, and Infiltration. He is also the author of A Pope and a President: John Paul II, Ronald Reagan, and the Extraordinary Untold Story of the 20th Century (April 2017) and 11 Principles of a Reagan Conservative. His other books include The Communist: Frank Marshall Davis, The Untold Story of Barack Obama’s Mentor and Dupes: How America’s Adversaries Have Manipulated Progressives for a Century.

The post MLB Strikes Out in Cuba — Hypocrisy on Display from Big-Wigs of ‘America’s Pastime’ appeared first on DailySurge.