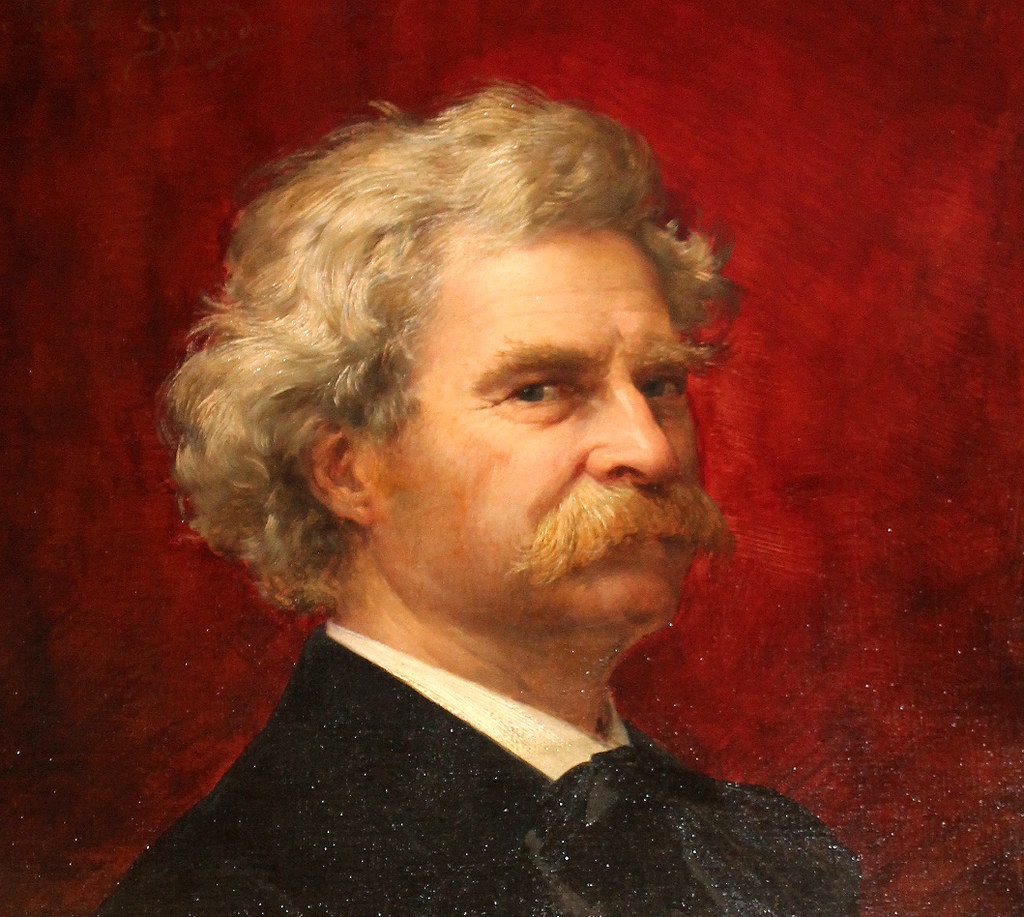 Surge Summary: Celebrated author Mark Twain wrote extensively about religion – but his relationship with Christianity was a complicated one about which many authors disagree.

Editor’s Note: The “Author Q&A” is an e-publication from the Institute for Faith & Freedom at Grove City College. Each issue will present an interview with an author of an intriguing new book that we hope will prove illuminating to readers everywhere. In this latest edition, we sit down with Dr. Gary Scott Smith to discuss his new book, “Mark Twain: Preacher, Prophet, and Social Philosopher,” releasing on July 22, 2021.

IFF: Oxford University Press has just published your book, Mark Twain: Preacher, Prophet, and Social Philosopher, as part of its Spiritual Lives Series. Why did you write this book?

Smith: No other American author has attracted as much scholarly or popular attention as Mark Twain. Hundreds of books, articles, and films tell the story of his life, writings, and influence. Despite being born in an obscure village in Missouri and having little formal education, Twain was arguably America’s greatest writer from 1870 to 1910 and is one of the nation’s premier authors. His literary works have intrigued, illuminated, inspired, and irritated millions from the late 1860s to the present. Twain has been dubbed the most “dominating personality in American literature” and “the Lincoln of our literature.”

His works have helped shape Americans’ view of ourselves and our national identity. Twain’s magnetic personality, striking appearance, national and world speaking tours, stage presence, and genius for publicity made him widely known and respected. Twain’s likeness, photographed and drawn, is probably the most frequently reproduced in human history. Among Americans, only Benjamin Franklin and Abraham Lincoln have been quoted as often as Mark Twain.

Despite the intense focus on Twain as a literary figure, his perspective of religion has often been misconstrued and his extensive discussion of religious themes in his varied writings has been underappreciated. Most scholars have ignored or underplayed the spiritual dimensions of both Twain’s literary works and life. Literature professors have especially paid little attention to the place of religion in Twain’s life or fiction. Many Twain scholars have argued incorrectly that he knew little about or had little interest in Christian doctrines. In many of his books, short stories, and essays, however, Twain discussed biblical concepts, sometimes accepting but also often questioning, lampooning, and revolting against them.

IFF: What was Twain’s religious perspective?

Smith: Those who have investigated Twain’s religious views have disagreed substantively about what he believed. Some biographers insist that Twain was a secularist, an atheist, or an agnostic who rejected Christianity, while others argue that Twain accepted many Christian doctrines and primarily critiqued faulty understandings of Christianity and its adherents’ failure to live by its teachings.

Since Twain’s death, many skeptics of Christianity have cited him for support. Christopher Hitchens, for example, includes some of Twain’s writings in The Portable Atheist (2007), and atheist websites often feature Twain quotations. To some, Twain’s ridicule of missionaries in Roughing It, his lampooning of camp meeting revivals in Adventures of Huckleberry Finn, his skewering of Christian concepts of the afterlife in Extract from Captain Stormfield’s Visit to Heaven, and his attack on major Christian doctrines in What Is Man? clearly demonstrate his anti-Christian perspective.

IFF: Is this perspective correct?

Smith: In some ways, Twain’s assault on religious orthodoxy is as scathing as those of leading 21st-century detractors or of the attacks lodged by Robert Ingersoll, America’s best-known late 19th-century critic of Christianity. Twain criticized the character of God, predestination, the Calvinist concept of election, Christ’s “invention” of hell, God’s alleged admission of only a small percentage of people to heaven, and numerous other Christian doctrines.

Twain raised many questions about Christianity, expressed doubts about the Christian God, Jesus, and the Bible, and even offered an alternative conception of God. Despite his Presbyterian upbringing, substantial knowledge of the Bible, frequent worship at Congregational churches as an adult, and friendships with many ministers, Twain seemed unable to believe the central Christian message that he probably heard hundreds of times: God loves people unconditionally and offers them His grace, and salvation depends on people’s response to Christ, not their good deeds.

IFF: What roles did Twain play during his life?

Smith: Twain was a journeyman printer, riverboat pilot, prospector, miner, journalist, novelist, humorist, businessman, and world traveler. These roles, combined with his incredible imagination and astonishing creativity, enabled him to devise some of American literature’s most memorable characters and enthralling stories.

IFF: About what themes did Twain write?

Smith: Twain tackled universal themes with penetrating insight and wit, including the character of God, human nature, providence, sin, the problem of evil, the conditions of heaven, political corruption, greed, poverty, racism, and imperialism. He denounced discrimination against African Americans, Asian Americans, Jews, women, and blue-collar workers. Arguably, no other American literary figure wrote so persistently, passionately, provocatively, and prophetically about religious issues and social ills during the Gilded Age.

IFF: So, how important was religion to Twain?

Smith: His collected works contain more references to the Bible than to any other literary work and are saturated with religious imagery and allusions. Many elements of Twain’s work, including his characters, plots, themes, and settings, reveal a fascination with religion.

IFF: What is your final assessment of Twain’s religious convictions?

Smith: Twain was mesmerized, perplexed, frustrated, infuriated, and inspired by Christianity.  As much as any public figure of his era, he strove to understand, critique, and occasionally promote various theological ideas and insights. He referred to himself, sometimes in jest, as a theologian, missionary, prophet, and saint, and as the Reverend Mark Twain. On the other hand, he was called a skeptic, an agnostic, an unbeliever, an apostate, a heretic, a “Profaner of Divinity,” and “a son of the devil.”

Many of his published works—especially those that Twain deemed too provocative to print while he was alive—as well as his autobiography condemn not only “the repeated failings of Christians to live up to the best features of their faith” but also “the metaphysical and the ethical foundations” of Christianity.

Ironically, a man so wracked with guilt, so tormented by loss, so preoccupied with human foibles, so pessimistic about human nature, and so angry with God, wrote some of the world’s wittiest prose and evoked laughter in countless people. Strikingly, a man who loved his family and friends so deeply did not during his final decades feel the love of God. Nevertheless, by ruminating extensively about religious themes and issues, Twain has given us much to contemplate.