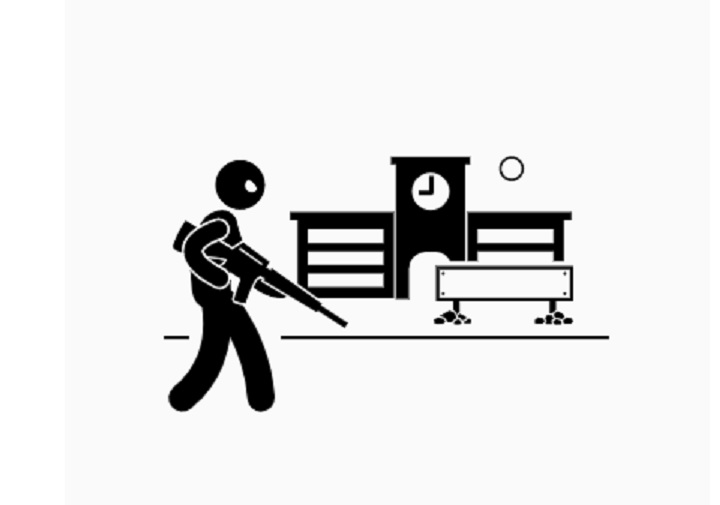 Surge Summary: Ohio legislators are currently trying to pass measures which will make it easier for school volunteers to be armed so they can protect children from armed killers. The current law hinders that objective. If Ohioans really want to keep their children safe, that must change.

We do a lot to protect our children. We learn as new threats come along. The news media has bombarded us with messages saying that mass murder is common and increasing. Ordinary people like us feel a growing need to protect our families. That makes sense to me, but I’ve met some wonderful men and women who go further and put their lives on the line to save other people’s children. I listened to school staff who volunteered to protect their students. In their words, these teachers raised their hands and volunteered so they could protect “their kids”. That commitment and compassion is as serious as anything I’ve seen.

I wish you were there with me because my heart leapt when I saw these ordinary people take training so they could rush forward and stop an attack at their school. They train themselves to put their body between our children and a murderer’s bullet. These amazing school staff and church staff care more about the lives of their students than their own lives. We are wonderfully rich that these ordinary heroes, our neighbors, care so much about our kids. Until recently, we got it right that these teachers may protect our kids the same way we would protect them if we were there. That changed when a few supreme court justices in Ohio disarmed the defenders. Now, we have to fix that. Heaven help them if these children are hurt.

Let’s put school safety into perspective. Mass murderers look for easy targets. They deliberately attack vulnerable people in locations where the intended victims are disarmed and unprotected. Schools and churches are common targets because these are seen as gun-free zones. In Ohio, they took significant steps to eliminate these gun free zones.

There are more than 1-and-a-half-million students in Ohio schools. When you add them up, there are about a hundred thousand schoolteachers in Ohio. After the horrific attacks on the staff and the students in the elementary school in Sandy Hook, Connecticut, thousands of teachers in Ohio volunteered, under then current Ohio Law to protect their students. They wanted to stop the murderer until the police arrived and took over. These volunteers wanted to stop the bleeding until emergency medical personnel arrived to take their place. That is inspiring.

Ohio voters also elected thousands of school board members. School boards get input from millions of parents. Those school boards listened to local parents and addressed the issue of protecting students. Hundreds of school boards in Ohio then worked with their sheriffs to put a safety plan in place. Together, they screened and trained volunteer staff to be armed first responders and to provide life saving critical trauma care. I’m inspired that thousands of people volunteer to protect our kids every day, not their kids, our kids.

The attack at Sandy Hook Elementary School happened over 8 years ago. Since then, the program in Ohio has accumulated over 2-million hours of real-world experience with these volunteer first responders. The program spread across 200 school districts in Ohio alone. The program did not stop at the Ohio border, the program was adopted in several other states. In Ohio, these trained first responders performed extremely well. until four justices made it illegal.

Politics is a real consideration, and elections have consequences. Unfortunately, there were considerable forces arrayed against the low information voter. Anti-gun billionaire Michael Bloomberg made large political donations to get anti-gun judges elected. Money talks, and Bloomberg got the judges and the results he wanted in Ohio. These justices said that school staff who were armed needed to first pass through a police academy before they could protect their students at school. That seems so odd since these same school staff members are permitted to protect those same students every other hour of the day as legal concealed carry license holders in Ohio.

The Ohio Senate passed several bills to remove the legal ambiguity the justices introduced. They confirmed that school boards could authorize selected school staff members to be first responders without going through four-months of police training. After being examined by their school board and sheriff, these trained volunteer school staff members could go armed as they worked. They could provide emergency trauma care without first being licensed as an emergency medical technician or a paramedic. Does that make sense?

You don’t have to be a trained firefighter to use a fire extinguisher in your home. You shouldn’t have to pass mandatory firefighting training to use a fire extinguisher where you work, either. You shouldn’t require EMT training to apply a tourniquet. Imposing that training puts us at greater risk rather than making us safer. The reason is simple. School janitors and cafeteria workers have done a fine job protecting children without first passing a course on high-performance driving in pursuit of a fleeing suspect as taught in police academies. We need more volunteers who will help, not fewer.

We need the many volunteers we have rather than a few fantasy-defenders the state won’t fund.
Save the fantasy heroes for the comic books.

There is a temptation for legislators to add restrictions on school safety programs. Their amendments let politicians issue a press release, but it doesn’t show that the politicians actually care about our children. School boards and school administrators do care, and that is why they have been working so hard with local law enforcement and others to find the safest and most effective ways to protect their students and staff.

One of these ways is through the FASTER Saves Lives program. (Faculty & Administrator Safety Training and Emergency Response) The program was designed by the same people who were paid to look at the problems encountered by school resource officers. As part of their job, they routinely collect real world results from across the country. They accumulated centuries of experience in the field and decades of experience in its analysis. That was how the program to train school staff started, but it has evolved every year as they learn more.

I’ve taken this training. Beware the legislator who wants to hang a requirement on the program so he can “feel better” about it. This legislator probably has not been through the existing training. He, or she, hasn’t studied the results of the graduates who are now first responders in the classroom. He has not interviewed the school board members across Ohio who are responsible for our children’s safety.

Before you modify an existing program, make sure that you first do no harm.

The Ohio Senate clarified the law to allow volunteer first responders. Now, the Ohio House has to follow suit. Unfortunately, modifications by well-meaning legislators are far more likely to cause harm than to do good. They are more likely to leave our children at greater risk. Let the local school boards continue to exercise their authority and get the law out of their way.

Let me give you an example of a theoretical problem that has real world ramifications. Some critics say that these volunteer defenders might be shot by responding police officers because the defenders are not wearing a uniform. That sounds like a valid concern, until you consider that a uniform also shows the attacker who to shoot first.

As you’d expect, the people who live with that problem have already considered it. One volunteer told me, “We train with local police officers all the time. Maybe I’ll get shot by a cop that I don’t know, who comes rushing in to help. That’s OK. At least my kids will be safe by the time the police get here.”

I wish our Ohio representatives were as dedicated as these school volunteers. Ohio House Bill 99 restores the ability of school boards to approve armed volunteer staff in their schools. Your phone calls can help the representatives do the right thing before our children get hurt.
~_~_

I gave you 1300 words and a lot of thought. Please leave a comment and share this article with a friend.

The post Protect Our Children or Not? Ohio Legislators Face That Question appeared first on DailySurge.