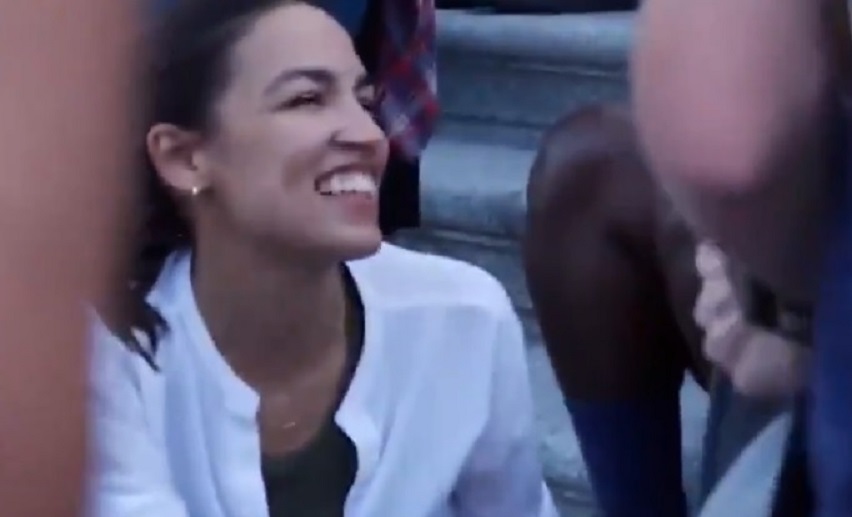 Surge Summary: What is it that continues to convince prominent politicians and other officials that they can get away with pushing one set of COVID rules for regular people, while disregarding them for their own lives? Whatever the explanation, it isn’t acceptable.

Honestly, are they simply clueless? Not terribly bright? Or is their repeated conduct nothing more complicated than Olympian arrogance on display? The byproduct of political power short-circuiting prudence?

I’m talking, of course, about the persistent failure of marquee liberals and Leftists to live up to their own sanctimonious prescriptions for the way everyone else ought to live. The most recent salient?  Let’s call it COVID-hypocrisy.

During the first round of pandemic hysteria, Americans were treated time and again to reports — even video footage — of government officials lecturing the general populace about social distancing, face-mask protocols, the urgency of imprisoning ourselves in our homes, etc. … while not inconveniencing themselves with same as they went grandly about their business.

Who can forget Democratic Speaker of the House Nancy Pelosi’s notorious mid-plague visit to the supposedly “non-essential” hair salon? Or Michigan Governor and lockdown-extremist Gretchen Whitmer’s COVID lapses (here and here)? Recall White House coronavirus taskforce spokesperson Dr. Deborah Birx’s 2020 out-of-state, multi-family Thanksgiving get together — even as across the nation “experts” were gravely warning the little people to cower behind closed doors during their holiday. Need I mention preposterously “progressive” California top Gavin Newsom? Or Austin, TX Democratic Mayor Steve Adler who recorded a message last November exhorting his fellow Austin-ites to avoid travel — dispatching it from Mexico where he was attending his daughter’s nuptials?

All of the above — and not a few other high-profile, pandemic-“police” — were snagged flagrante delicto shunning their own apocalyptic counsel. They ignominiously and flagrantly earned the “do as I say not as I do” badge. These days this pestilence-era phoniness could function as a standing-headline: Outspoken Pols Endorse COVID Guidelines, Then Violate Them.

Still, after all these chagrining months? Apparently, not everyone in elected or appointed office has absorbed the moral — or even political — lesson.

Just within the past several days:

— Nancy Pelosi is at it again. The Blaze’s Paul Sacca reports,

A day after the Captiol Police declared that face masks must be worn “at all times” on the House side of the Capitol complex, House Speaker Nancy Pelosi (D-Calif.) was seen not wearing a face mask on two occasions.

— Then there’s this Monday past, when lefty firebrand Rep. Alexandria Ocasio Cortez crowded together — shoulder-to-shoulder and mask-deficient — with dozens of eviction-moratorium activists (also maskless):

Only days after the CDC issued revised guidelines on masking due to a rise in cases attributed to the Delta variant, AOC was caught masking up for an outdoor photo op and then quickly taking it off once the mask had served its purpose.

AOC joins in on the DC mask theater for a photo op, only to remove it as soon as the camera is down. pic.twitter.com/cRQwE6yy9U

— District of Columbia Mayor Muriel Bowser can similarly log her bona fides with the “Coronavirus Two-Faced Club”. Having announced July 29  that indoor masks would be once again required in her city starting that weekend, “Her Honor” posed for a Friday evening photo op with a group including comedian Dave Chappelle — all sans face-coverings. One day later, Bowser was spotted officiating an outdoor wedding ceremony and attending the indoor reception — you guessed it: minus a mask (along with hundreds of other guests).

— Montana Congressman Matt Rosendale has tweeted brief footage of Donkey Party heavy-hitter Rep. Jerry Nadler casually leafing through the newspaper while seated in what is evidently a busy Capitol Hill(?) cafeteria area. Normally, mind you, that wouldn’t be especially newsworthy — except there’s no face-mask in sight. Anywhere.

Then again, if Speaker Pelosi can’t be counted on to abide by the mask-mandate she’s vocally backed (see above), she can’t really knock the New York lawmaker for following suit, can she.

These meddlers really do need to get their thinking straight. Do they take seriously their never-ending catastrophism or not? Do they actually buy into the pushing of this unflagging virus-mitigation unpleasantness? Or are they merely hooked on making everyone else bow and scrape before their pathogen pronouncements? For all time?

I’m suddenly coming across the phrase “permanent pandemic”. Is that the status quo these functionaries want to impose, one way or another, on the “peasants”?

Whatever the root of the disconnect between this bunch’s diktats for us and their personal actions, it’s hardly an inconsequential matter. And it remains forever intolerable. Ensconced in their law-making, rule-cranking D.C. bubble, their capricious decrees interfere with the rest of America which is only trying to function. They make miserable those desiring to make a living and have a life.

Why should this surprise anyone whose been paying attention? It’s precisely what you’d expect from mandarins of State coercion too often cut off from their constituents and surrounded by toadies and like-minded elitists.

It certainly wouldn’t have taken America’s Founders by surprise: as students of history and human nature — and informed by a generally bilblical worldview — they intuitively grasped the possibility of these kinds of incongruities; they foresaw it. Thus, their revolutionary ideas: limited government; a constitutional republic; separation of powers; checks and balances; federalism.

Some of America’s policy-mavens, indeed, are stupid. Some of them, misinformed. Others, simply pompous. Not a few, chillingly, check all three boxes.  You’d think for career reasons alone they’d cool it on the ostentatious double-standards. So far, for many? That ain’t happening.

In any case, they’re saddling too many of us with their erratic edicts — and exempting themselves along the way. Their ability to harass citizens needs to be harshly curtailed. If these outbreaks of COVID hypocrisy don’t make that inescapably plain … maybe we deserve to labor under two sets of rules after all?