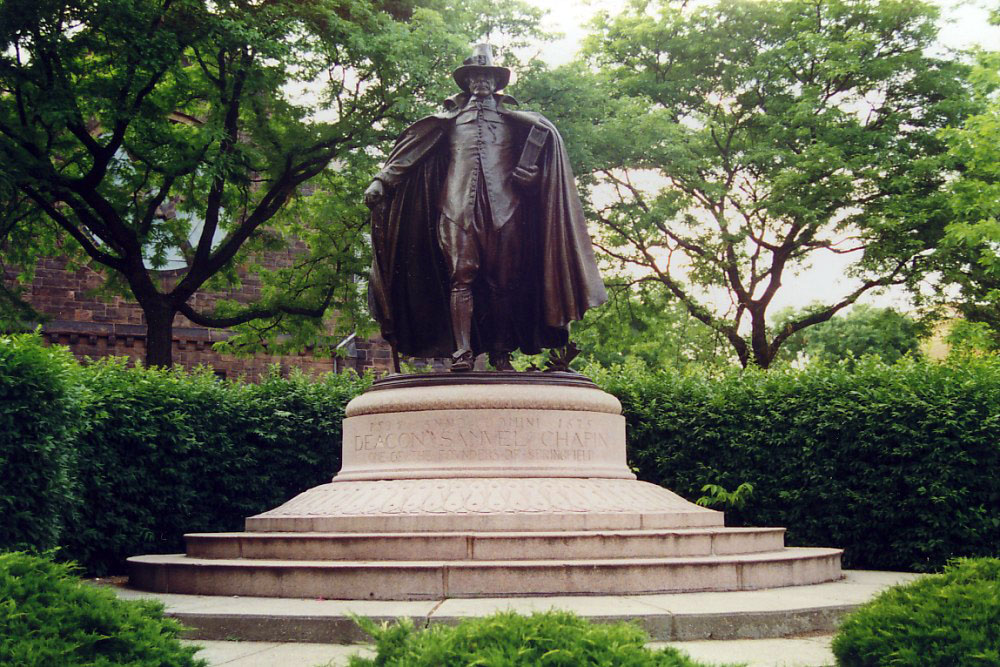 Surge Summary: So-called “conservative” Christians have had a long and storied impact on American politics and government – but the definition of what constitutes that group has changed in key ways over the centuries.

Editor’s Note: The “Author Q&A” is an e-publication from the Institute for Faith & Freedom at Grove City College. Each issue will present an interview with an author of an intriguing new book that we hope will prove illuminating to readers everywhere. In this latest edition, we sit down with Dr. Gillis J. Harp to discuss his latest book American Protestants and Conservative Politics: A History.

IFF: I understand that this is your third book. Tell us a little about your previous work.

Harp: For my doctorate at the University of Virginia, I studied American intellectual history. My first two books focused on important intellectual and religious changes during the so-called Gilded Age (roughly 1865 to 1900). Although that fascinating period has a key place in my latest book, it is only one part of a much larger story.

IFF: In the last couple decades, historians have written a lot about American conservatism–especially about the post-World War II movement. What does your study contribute to this growing scholarly literature?

Harp: Both my focus and my interpretation are distinctive. First, I take the long view–surveying the whole sweep of American history from the colonial era to the recent past (you could say from the Puritans to Palin). Though one must avoid oversimplification, I argue that it is legitimate to speak of a conservative tradition in American history. Yet this tradition consists of varied threads, and its character has often been contested. Second, I attempt to drill down into the complex relationship between Christians and conservative politics. In order not to spread myself too thin, I focus on Protestants, especially evangelicals. Again, many scholars have studied the rise of the Religious Right during the 1970s, but I maintain that the story of this relationship needs to start much earlier to obtain a fuller, more nuanced portrait of the movement.

IFF: What might surprise non-academic readers of your book?

Harp: I suspect some will be surprised at how Christian conservatives in early American history look very different from conservatives of the past 20 years. For example, 17th century Puritans were far more concerned than contemporary conservatives about how commercial activity and material wealth could corrupt society. They strongly valued community; they weren’t individualists. Further, during the American Revolution, the Tories (or Loyalists) probably had a much better claim to the conservative label than did the pro-independence patriots. Certainly, the latter had trouble making an argument for revolution given the New Testament’s clear teaching about deferring to established governmental authority. Indeed, one recognizes here the beginning of a troubling tendency of American Protestants to rely on Enlightenment-inspired arguments rather than on the Bible.

IFF: What are a couple of the key turning points in this longer story?

Harp: One is a major change in the understanding of what constituted authentic conservatism. This transformation occurred during the final couple decades of the 19th century. Political scientist Clinton Rossiter referred to it as the “Great Train Robbery” of American intellectual history wherein leading conservatives switched to embrace classical liberal ideas of economic laissez-faire. It was not coincidental that this liberal version of conservatism was also more secular in its orientation. Thus, one of its champions, Yale’s William Graham Sumner, openly embraced agnosticism.

Another seminal moment came during the 1920s and 1930s when these new secularized conservatives and evangelical Protestants began to form an alliance. The foundation for the Religious Right of the 1970s was laid decades earlier. It can be traced back to big business opposition to the New Deal through corporate-led groups such as the Liberty League. An earlier generation of evangelicals, which included leaders such as William Jennings Bryan, would have found this evangelical embrace of libertarian views deeply puzzling.

IFF: What light can this larger narrative shed on more recent political developments such as overwhelming white evangelical support for Donald Trump?

Harp: Revering a celebrity who had a highly rated television show, an autocratic style, and manifold personal foibles (including serial infidelity), was not unfamiliar to evangelicals who had once followed Jim Bakker and Jimmy Swaggart. With Trump, however, evangelicals supported a candidate who openly mocked repentance as appropriate only for “losers.” White evangelicals’ backing of Trump was the culmination of a long historical development. As early as 1964, they had demonstrated greater concern for anticommunist credentials and libertarian economic views (what one historian terms a “Christian free-market mania”) rather than for ones who had personal piety or a strong denominational affiliation. Ronald Reagan’s divorce and remarriage and his spotty church attendance appeared less important than his amiable film persona, sentimental invocations of rugged individualism, and uncritical endorsement of American exceptionalism. The utilitarian tendency to set aside considerations of character and personal morality is thus not unprecedented.

But some recent changes are new and notable. Robert P. Jones characterizes as “head-spinning” the reversal whereby “white evangelicals went from being the least likely to the most likely group to agree that a candidate’s personal immorality has no bearing on his performance in public office.” With a candidate’s piety and character no longer deemed important, other latent concerns moved to the foreground. An identity-driven and revanchist ideology took preeminence. Psychologist John Ehrenreich notes how Trump made “religious identity the test of national belonging,” thus stripping it “of its theological content.”

Having set aside considerations of character, and shorn of traditional conservative precepts, evangelicalism’s lack of a theological or philosophical basis for political engagement has become painfully clear. The political activism that had emerged during the 1970s lacked a deeper theological foundation and hence eventually reverted to political expedience. In 2016 and 2020, evangelicals were simply following the internal logic of single-issue voting habits and the opportunism they had learned from partisans such as Ralph Reed and Karl Rove.

IFF: What personal applications might Christians who are politically conservative draw from reading your book?

Harp: I hope that American Christians — many of whom are not well-versed in either history or theology — will revisit and re-think their understanding of conservatism and the theological basis of their political activity. The partisan voices of tribe and grievance are very loud in our culture today. If Christians seek to be truly counter-cultural, they might benefit from reflecting on this history.

—Dr. Gillis J. Harp is the chair of the History department at Grove City College.