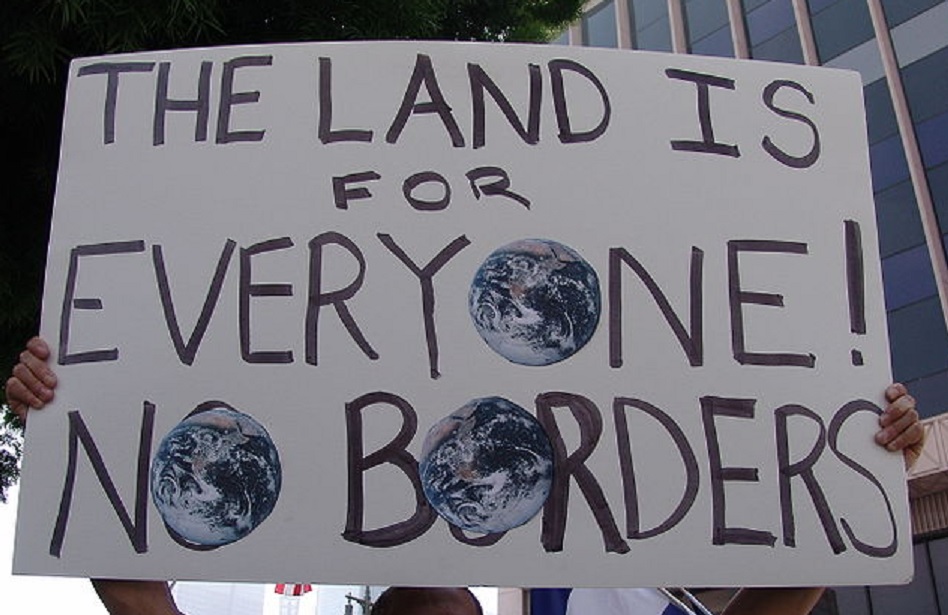 Surge Summary: If viewed objectively, destroying America’s borders, throwing open the gateway to uncontrolled immigration, is anything but compassionate.

We are often led to believe that it is the Christian thing to do to keep the southern border open. But is that really the case? This question is all the more acute in our nation’s battle against the spread of COVID-19.

President Biden is acting as if there were one standard in dealing with COVID for law-abiding American citizens and another standard for those who break the law—as in the example of the illegal aliens streaming through our porous southern border.

Gary Bauer in his End of Day Report (7/29/21) notes: “While the CDC is forcing vaccinated Americans to mask up again, and the big teachers’ unions are suggesting our schools might not reopen in the fall, Biden is leaving our southern border wide open. Six thousand illegal aliens are pouring across the southern border each and every day….These migrants are untested. They’re unvaccinated.  Many are refusing to take the COVID vaccines. And many are infected with COVID.” Furthermore, he reports that at least 50,000 migrants have been released throughout the country. And outbreaks of COVID are being reported in border detention facilities.

Dr. William Donohue, the president of the Catholic League, wrote an open letter in late July to the Secretary for Health and Human Services, Xavier Becerra: “According to recent whistleblowers, children living in HHS migrant shelters are living in subhuman conditions….After enduring a long, arduous journey, these children are sent to camps where Covid is running rampant. In the girls’ tents, lice is left untreated while the boys turn riotous because of the poor conditions they are forced to endure during their detainment at HHS facilities.”

Meanwhile, Governor Greg Abbot of Texas is trying to close the border—in part to stop the spread of COVID—and yet he’s getting direct resistance from the Biden administration.

The Associated Press (7/30/21) reports: “The Biden administration sued Texas…to prevent state troopers from stopping vehicles carrying migrants on grounds that they may spread COVID-19, warning that the practice would exacerbate problems amid high levels of crossings on the state’s border with Mexico.”

Vice President Kamala Harris, tasked by Biden to head the border crisis, says we have to address the “root causes” of why these people are coming before we can seal the borders. One may well ask, “Why is that our burden?” And besides, that could take forever. It’s like saying that before we can administer first aid to a shooting victim, we have to solve the crime first.

The founders of America made it clear when they created the Constitution that their goals were to “establish Justice, insure domestic Tranquility, provide for the common defense, promote the general Welfare, and secure the Blessings of Liberty to ourselves and our Posterity.” Clearly, Biden’s open borders violate many of these key goals.

Dr. Richard Land, president emeritus of Southern Evangelical Seminary, says, “Open borders is national suicide. Polls show us that 170 million people in Latin America would like to come to the United States. I don’t blame them, if I lived in one of those countries, I’d want to come here too. But we cannot absorb 170 million people.”

Such an overrun of our country could ultimately cause a collapse into anarchy.

Dave Kubal, CEO and president of Intercessors for America—a group dedicated to praying for our country—observes, “We are a nation of immigrants….I completely believe in an immigration system, but it has to be legal…94% of those people that come across the border, don’t show up for their amnesty case, and so they’re just living illegally in the United States of America.”

But, again, aren’t open borders the Christian position? In his book, We Will Not Be Silenced, Pastor Erwin Lutzer writes, “I reject the notion that those of us who believe in secure borders are racist and lack compassion….without enforced border control, we have in effect, lost our country. The long-term consequences are devastating.”

The left often chafes at the idea of securing the border—although I’m sure these people lock their own doors at night. How can our country be safe and secure if the borders are wide open? Isn’t it more compassionate to keep the borders closed, especially at a time when many illegal aliens are dying or getting sick in the migration—and especially as we are experiencing new and perilous strains of COVID?