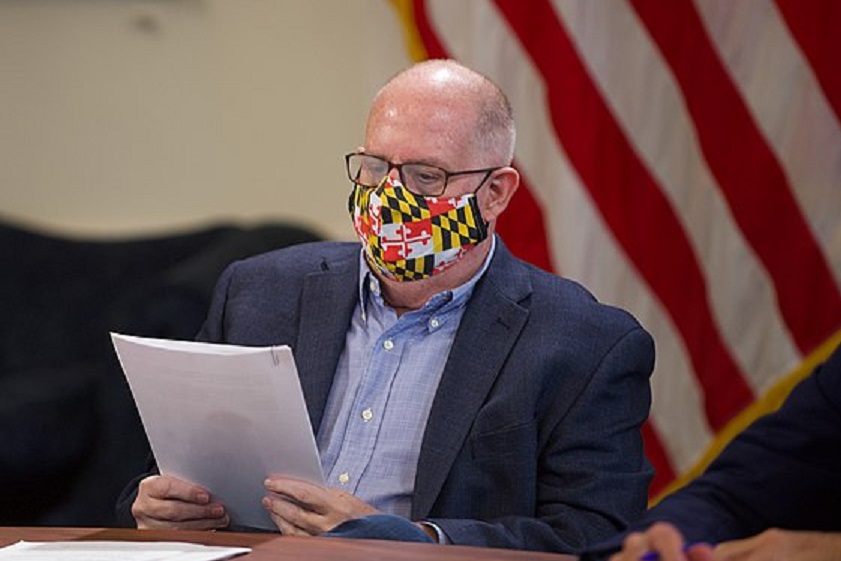 Surge Summary: The Governor of Maryland has violated his state’s Constitution and failed his state’s people with his vaccination bullying. Maryland’s General Assembly has failed them in not impeaching the governor for his conduct.

Last week, Larry Hogan announced that he will require employees in 48 different Maryland state facilities to be injected with an experimental gene therapy.  If they refuse, they will be subject to strict mask requirements and frequent invasive testing.

Summarizing his tyrannical and treasonous policy, he blurted “Just get the d*** vaccination!”

This was a paraphrase of his earlier policy when he curtly ordered Marylanders to “Just wear the d*** mask!”

Sadly, and tragically, this is what now passes for public policy in Maryland and elsewhere.

“Just do what you are told.”

The Office of Governor is established by, and draws its authority and power from, the Constitution of Maryland and from nowhere else.

The Constitution of Maryland specifically declares that no plea of emergency can ever justify a violation of the liberties that it protects, including the right of the people to be “secure in their person” and to make their own medical decisions.

Hogan’s contempt for the Constitution – the contractual document which both grants and limits his authority – is treasonous.  He should have been impeached and removed by the General Assembly months ago.   And the failure to impeach is why no member of the House of Delegates is worthy of reelection.

Not one of them demonstrated a commitment to the oath they swore to support the supreme law of the State.

They have allowed their constituents to be violated and abused, and in some cases killed by the reckless and ruthless dictates of a governor who explains lawless policies with thuggish phrases like;

All lawmakers and all law enforcers and all citizens should send this message to Hogan:

Michael Anthony Peroutka is an attorney and Founder of the Institute of the Constitution.

The post So, Unconstitutional Vax Bullying Is Now A-Okay In Maryland? appeared first on DailySurge.