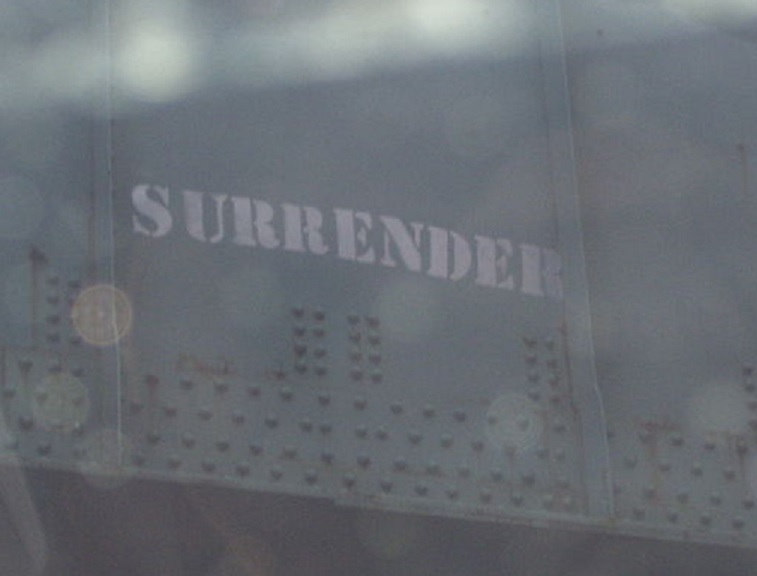 Surge Summary: Joe Biden’s presidency has become an age of incoherence across the board, leading to a destructive age of surrender on issue after issue.

There is movement, rapid movement, toward a more chaotic nation. The Age of Incoherence is now the Age of Surrender. It had better stop immediately or it will spin into complete anarchy.

Last weekend Christian people lawfully gathered at a public park in Portland, Oregon to worship God and hear His word. They were attacked by Antifa thugs dressed in black, throwing rotten eggs, stun grenades, fire crackers and other projectiles including stones it was reported.

The Portland Police stood by doing nothing as women and children were threatened by Antifa demoniacs.

Surrender to the forces of darkness is seen across the country. The Biden-made crime wave crashes across America as the O’Biden regime sends a clear message: BLM and Antifa are welcome to set fires, beat people, even kill, and they will be ignored by law enforcement or bailed out by Kamala Harris and friends.  Christian patriots and other patriots who dare demonstrate one time Jan. 6 at the Capitol will be arrested, jailed for misdemeanors, held for months, put in solitary and abused, their lives destroyed for the crime of exercising their God-given Constitutional rights.

The universal Democrat cry to “Defund the Police,” leaves officers under the authority of communists who hate them, communists who wish them evil, allowing criminals free reign. Forcing the police to surrender drives good officers out of the force, leaving poor citizens in a more vulnerable position.

When police surrender the thugs win. The O’Biden regime surrenders to thugs across the board, even as that same cowardly administration attacks decent God-fearing patriots. It is easy to see how the Age of Incoherence has fed directly into the Age of Surrender.

>Demands for COVID mandates and passports;

>Climate hysterics who would destroy our country to save the world (NOT!);

>The temptation to encourage lawlessness for political gain;

>Globalists enlisting the U.N. and many central governments to cull the human herd;

>Illegals, one million in the last six months;

>The Taliban in Afghanistan;

>The Russians wherever they operate;

>The CCP wherever it escalates;

>Iranian ambitions to build and deploy nukes against Israel and the U.S.;

>Universal, government-funded abortion on demand through the third trimester;

>Every agenda advanced by LGBTQ activists;

>Demands we destroy America to save the world.

And in the process Biden attacks with malice anyone who opposes his march to destruction.  It will be far better for the world and for the country when Biden surrenders the keys to the White House.

The post Incoherence, Surrender: Yup, That’s What America Under Biden Administration Is All About appeared first on DailySurge.