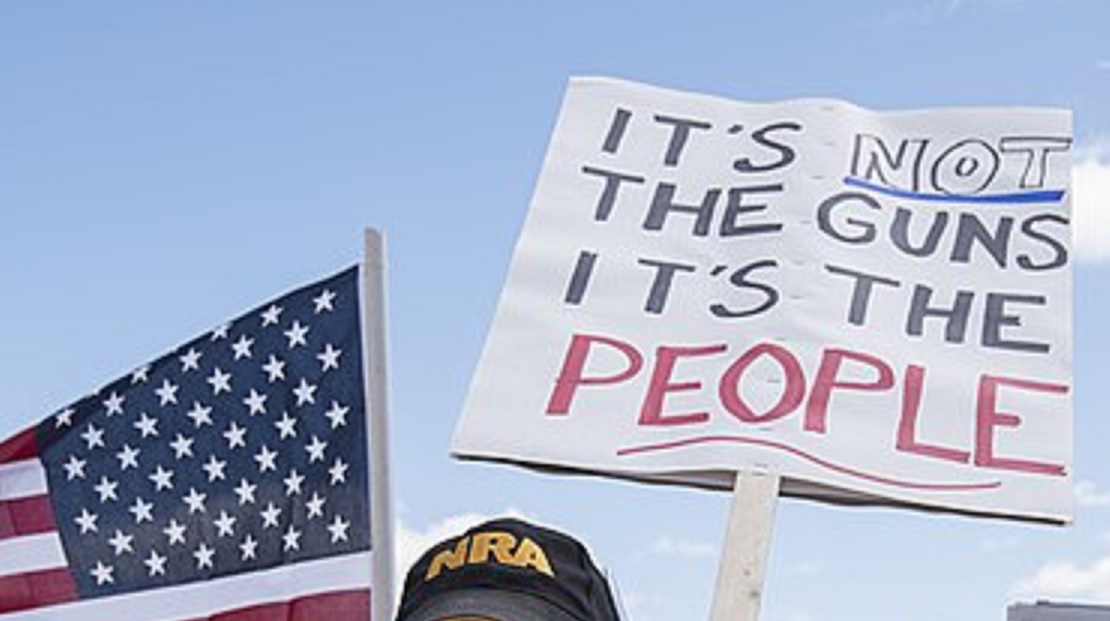 Surge Summary: Too often, America’s gun control system disarms honest people who obey the law – and put them in danger from armed criminals. People are not being given the facts about how guns are used for worthy purposes.

Some politicians want to confiscate guns from civilians. I might be talking about what happened half a century ago in Cuba. Gun confiscation happened again a decade ago in Venezuela. It happened again last week when the Taliban took control of Afghanistan. The excuses are the same, and the results are more government violence and oppression. Today in the United States, the excuses are too glaring to ignore.

Criminals buy their guns on the street. These crime guns are either stolen or bought for cash from someone who doesn’t have a criminal record. The average crime gun recovered by the police was stolen a decade ago. How is that possible?

Criminals break our gun laws the same way they break our other laws. Drug gangs move thousands of tons of drugs across our open border every year. They move millions of illegal immigrants all across the country. Compared to that, moving a few pounds of plastic, steel, brass and lead is trivial. Somehow, reporters who believe in gun control think that ink on paper keeps guns out of the hands of criminals. At the same time, they ignore that criminals and billions of dollars of contraband move freely in every city.

It must be hard work for gun-control advocates to remain blind to the obvious.

Out of the 40 million, we had the ¾ of a percent that were delayed, which gave us ⅔ of a percent who were prosecuted, which yielded the 2.2 percent who were actually convicted. That is about one conviction out of a million background checks. We’d find criminals faster if we dialed random numbers on the phone.

With a system this broken, what are background checks really designed to do?

Background checks and waiting periods are designed to discourage honest gun owners. That costs us both tax dollars and it costs lives. What the advocates of gun control don’t tell you is that most violent crime doesn’t involve a gun. A firearm is only used by violent criminals about 8% of the time. Removing guns from honest people won’t stop these strong-arm criminals at all. In fact, gun-control disarms the honest people who are the innocent victims of violent crime, the honest people who use firearms for self-defense. When gun-control fails this badly, we have to wonder if disarming innocent people is an inadvertent fault or if it was an intended feature all along.

For a moment, ignore what you’ve seen in the movies. In the United States, firearms are almost always used morally. The numbers vary depending on the report, but honest citizens use a firearm for self-defense between a half-million and three million times a year. Honest citizens use a firearm in self defense far more often than criminals use a firearm in a crime. We think about 70 thousand of those self-defense cases stopped sexual assault each year. Gun control advocates want those victims disarmed too.

Disarming the victim happens more often than we think. Victims of domestic abuse can’t get a firearm for protection in several Democrat controlled states. They can’t get permits to carry a firearm for self-defense in public. The results are predictably tragic, but the people who disarmed those victims escape the blame they deserve. Gun control claims they might save one life, but they refuse to count the many lives they cost.

What the gun grabbers won’t tell you is that we don’t have to press the trigger in the vast majority of self-defense cases. When you think about it for a minute, that is the same result we see with law enforcement officers, and for the same reason. Criminals don’t want to get shot. Criminals turn around when they see an armed officer, and when they see that grandma has a gun.

I’ve looked at the government statistics on crimes and accidents. A fraction of a percent of our accidental deaths are from a firearm. We are thousands of times more likely to use a firearm in self-defense than to be a victim of a violent criminal who uses a gun. If we are approached by that armed criminal, then our odds of surviving unhurt are much better if we’re armed. Passing more gun-control disarms many more of the victims than it disarms criminals.

Since criminals don’t obey our gun laws, gun control laws are an excuse to disarm honest people who obey the law. We’ve already sacrificed our freedoms for decades at the altar of background checks. It is time we let honest gun owners go free.

I think the political reasons for gun control are sinister and that politicians apply these dangerous laws on purpose. They want minorities and poor people disarmed. In particular, they want minority urban women disarmed and vulnerable so they depend on politicians for their safety. Politicians need us to feel afraid.

Democrat politicians say that gun control makes us safer, but it isn’t safer for young black men when they are stopped and frisked by police on the streets of New York. It isn’t safer when these young men are convicted of carrying a gun without a license, a license they have no chance of getting unless they have political connections. It isn’t safer for us when these young men try to live their lives with a criminal record for the non-violent offence of trying to defend themselves and their family. It isn’t safer for the boy scout who is arrested for having a pocket knife, or for the businessman who has a miniature pocket knife on his key chain in New York City.

If gun-control makes us safer, then we have to ask “Safer for whom?” Safer for us, or safer for the billionaires who fund gun control?

We saw crime rise last year despite the tens of thousands of gun-control regulations politicians already passed. Is anyone surprised that bad things happened when politicians told a hundred million people to stay home? Unemployment soared when we were forced out of work. Depression and anxiety increased from coast to coast. Addiction and suicide rose through the roof. As expected, violent crime grows when you make it illegal for honest people to live inside the law.

The situation was worse than that. We turned criminals out of prison because of the flu. We also told the police to let crime play-out and then to simply file a report. Arm-length policing and bail reform left more violent criminals on the street. Those criminals had fewer opportunities for honest work and returned to their life of crime.

Politicians imposed horrible political policies last year and we all suffered for it. Violent crime increased by 50%, and almost doubled in some democrat controlled cities. If there is an epidemic of violence then Democrat politicians were the super-spreaders of this epidemic.

A few weekends ago, Chicago had 11 people murdered and an additional 56 people shot. That is about half the amount of violence Chicago saw over the 4th of July weekend where 19 people were murdered and an additional 104 people were wounded by gunfire. With violence like that in the news, Democrat politicians are desperate to deflect criticism from their failed political policies.

Predictably, Democrat politicians and their media spokesmen blamed honest gun owners for the spike in violent crime. They didn’t tell you that gun owners with a concealed carry license are the most law abiding and non-violent group of people we can find on earth. Despite what we see in the news, most people are honest, and concealed carry holders are extremely so. The vast majority of us are honest and non-violent even in the worst parts of our most corrupt and violent cities.

Fortunately, there is some good news for peace. Just last year we had over five million honest citizens become gun owners for the first time. The good news is that many of them were women and minorities.
~_~_