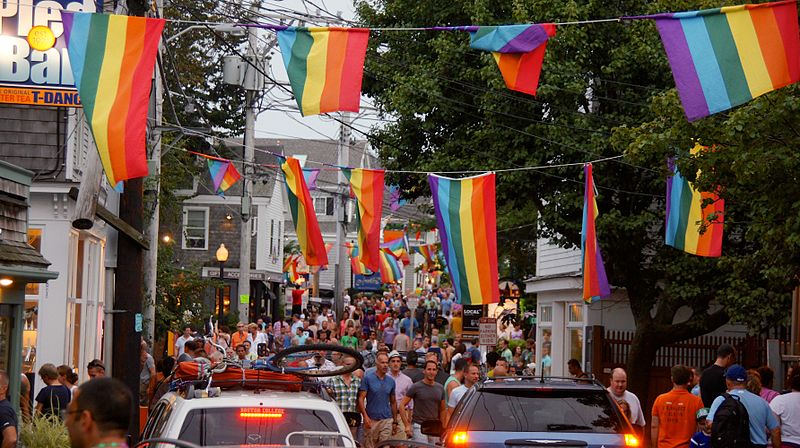 Surge Summary: The latest spasm of COVID-19 hysteria was energized by an outbreak in a tiny New England town. There is one glaring reason this community should not be regarded as representative for the rest of the nation when it comes to pandemic policy.

When news first surfaced earlier this month of a revived COVID-19 surge in Massachusetts, some New Englanders arched an eyebrow. When fuller information revealed a town called “Provincetown” was ground zero for the eruption, we arched both of them.

Those residing along the Northeast coast are familiar with “P-town” — as the touristy little village on Cape Cod’s tip is popularly known. People in the know recognized that particular detail about the pandemic — largely unreported at first — matters.

Yahoo News reported that the study was done “based on an outbreak at a Cape Cod beach party” and went on to say that the researchers pointed out major caveats in the study. Most news outlets didn’t report these caveats… [T]he setting wasn’t representative of the entire count[r]y because the beach town is a popular gay destination and it was during a major summer party event. … Even the New York Times did a story on this and said that Provincetown is a community of “health-conscious, left-learning north-easterners, known as a vacation mecca for gay men.” [emphasis added]

Not enough observers noticed, but someone has got to say it: “Gay men”? That’s a bracket not exactly renowned for its sensible and sanitary sexual predilections.  Further to that, for decades lots of locals have regarded Provincetown, MA as the San Francisco of the North Atlantic; the Bay State’s version of Sodom and Gomorrah. It’s long been notorious — or celebrated, depending on one’s perspective — for its aggressive same-sex antics.

The New York Times said that so many gay men poured into the area for Circuit Party week during the first part of July, that social media was full of photos of long lines outside of clubs that went on for blocks. … So what is Circuit Party week? It’s a yearly carnival in Provincetown. It’s a weeklong celebration of LGBTQ with life-parties, art fairs, a costume ball, pool parties and many other activities which ends in a parade. Even though Provincetown only has a population of about 3000 people, the parade can attract 90,000 people.

Then there’s this tidbit: the Independence Day shindig and “Circuit Party Week” were followed up by “Bear Week”. “Bears”, you ask? “[O]ne of the oldest and largest subgroups of the gay community,” explains pride.com.

Bears are on the heavier side, either muscular, beefy, or chunky. The wouldn’t dream of shaving their body hair (which comes in abundance) and they usually have a full beard to match.

(For those really wanting to stay current on homosexual jargon, this coterie also boast those who style themselves “polar bears”, “otters”, “wolves”, “pigs” … and more. “Polar Bears” are, you guessed it, older “Bears”; “Otters” are … well … oh, never mind … I’ll stop there.)

An article at instinctmagazine.com hyped the resort town’s 2021 ursine lust-fest as “[one] of the sexiest and most inclusive … gay men’s events”.

After the July 4th week, Bear Week is by far Ptown’s most popular summer event. … [S]ince its 2001 inception Bear Week Provincetown usually attracts over 10,000 tourists over a nine-day schedule of events …

In the wake of over a year of virus-lockdowns and hysteria, the site assured:

[T]he Bears are still coming to town, many vax’d and ready to come out of hibernation! … [W]e may enjoy a quieter than usual Bear Week but still one full of glorious beach days, poolside cocktails …  naughty fun in the dunes … [T]he town will still be chock full of things to do.”

You do the math: thousands upon thousands of men — often young ones, complete with the typical sex overdrive you’d assume of that cohort — who prefer coupling with other males, sardined into a cramped sea-side hamlet; at summer’s apex; on the heels of a pestilential outbreak which putatively spreads by failure to “social distance” …

Why, whatever could go wrong?

It’s bacchanal by the bay …

Speaking bluntly, methinks the New York Times depiction (see above) of Provincetown as a concentration of “health-conscious … north-easterners” is a calculated misdirect. The predictably gay-friendly “Paper of Record” doth protest a tad too much.

Shaping countrywide pandemic policy around an analysis of a flare-up in an isolated homosexual hot-spot like P-town, smacks of intellectual dishonesty; even epidemiological malfeasance. It’s like structuring protocols for risk-free power walking by crunching fatality statistics of free-solo rock climbers. Or developing guidelines for responsible backyard trampoline use by scrutinizing the liabilities of cliff diving.

As the threat of COVID-19 seemed to be fading early in the summer, one could simultaneously sense the intensifying agitation of the safety fascists: The rank-and-file are slipping out from under our grip! What are we to do? The statists were running out of ingredients for their omni-controlling, big-government soup, so they’ve been rummaging around in the national-emergency cupboards in search of something — anything! — that can re-supply their concoction. Ah-hah, how about a dollop of Delta variant? Hey, maybe a dash of the Lambda mutation can do the trick! What other transmogriphying strain can we scrounge up?

The Sars-tyrants have been thoroughly jazzed by months of the rank-and-file’s bowing and scraping before them, hat (or mask?) in hand as they coweringly begged leave to eat inside a restaurant, travel between states, unlock the doors to their businesses, take in a movie, celebrate a holiday with family, etc. The puppy-like gratitude the plebes displayed every time they were granted a crumb of liberty became a narcotic for power-craving officials. They’re clearly not about to be denied their fix without a fight.

Today, the fear of contagion again gives government cover for its assaults on freedom and poses a question the government does not want to answer: If liberty can be taken away in times of crisis, is it really liberty; or is it just a license, via a temporary government permission slip, subject to the whims of the politicians in power?

Since it’s been demonstrated that considerable swathes of the American populace have grown accustomed to lapping up whatever the health-statists serve in the name of “public safety”, our all-wise Guardians might even settle next time on altogether different fear-mongering, completely non-coronavirus related scares: Climate change alarmism, anyone? The menace of “white supremacy”? Perhaps “Religious Right” extremism?

The jump from a wave of COVID-19 infections in a quaint, LGBTQ-centric slice of Yankee beachscape to revitalized panic across the entire nation confirms: a sizable part of the official response to this pandemic is neither rationale nor prudent. It’s slovenly public policy at best, disingenuous at worst; possibly barely more than politicians’ and bureaucrats’ pretext for their ever-expanding domination of regular folks’ lives.

Provincetown, MA manifestly ain’t typical of the rest of America. How about alert Americans let the powers-that-be know we recognize that distinction. And that we expect them to do the same when dictating to the rest of us how we are supposed to conduct our lives.