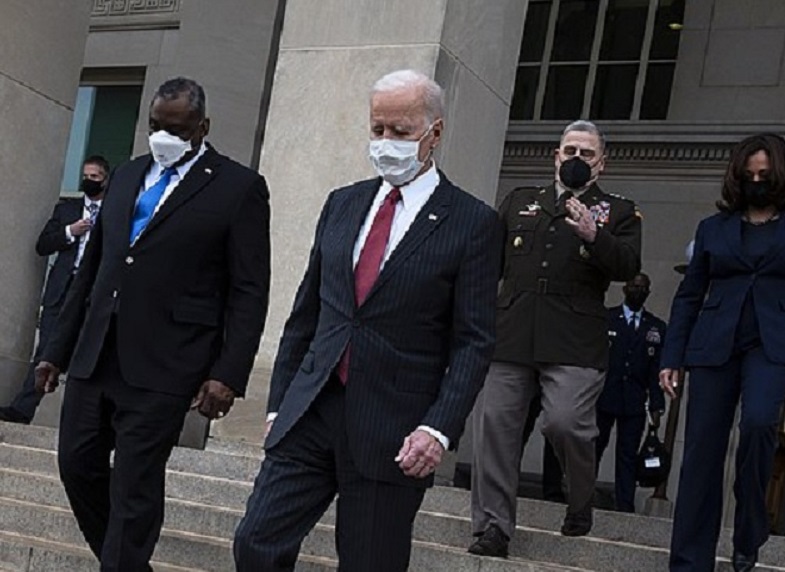 Surge Summary: The Afghanistan catastrophe makes clear: president Joe Biden is not up to the job. He has to go; he must resign.

Decades ago, there was a blockbuster bestseller called The Peter Principle by Lawrence Peter. The book made people uncomfortable because it emphasized a profound but painful principle: People tend to advance based on their success in previous positions until they reach a level at which they are no longer competent.

President Harry S. Truman said, “The buck stops here.” As the most powerful military in the world sneaked out of Afghanistan at night and with cap in hand and beseeched terrorists to give us more time, recognize reality: Joe Biden needs to go, and his dismal 40% approval underscores it. Millions worldwide affirm he’s incapable of executing the demands of the most powerful position on the planet.

Joe is not a problem solver. He’s ineffective, incompetent, inarticulate, diminished and harming America. We’ve observed correctly that he’s not “driving the bus”; he’s an enabler for progressive left Democrats.

He has the lightest schedule of any president in history and is embarrassing, bumbling through teleprompted speeches and making serious errors. Clint Eastwood said it best: “A man’s gotta’ know his limitations.”

Afghanistan is the latest in a string of disastrous decisions like the avalanche of nearly a million foreign nationals freely walking into America this year resulting in chaos and a tragic humanitarian crisis that also shouldn’t be happening. He single-handedly obliterated our border security after years of others’ work getting things under control.

Overnight, Afghanistan became a terrorist haven for all jihadists. Former CIA Director David Petraeus warned not to do it as Biden did and now tries to spin it positively. Thousands of Americans and loyal partners are in harm’s way while Jen Psaki said, “anyone who wants to get out can get out” (but few can get to the airport to get out). Biden diverts attention to “successful evacuations,” ignoring those being slaughtered.

Top brass and Trump established a conditioned withdrawal predicated upon a coalition government retaining a residual backup force (Intel, drones and superior air power) similar to South Korea, Japan and Germany. Biden knew better and then blamed everyone but himself as millions worldwide witnessed the colossal collapse.

Bush and Obama had sent troops there to get bin Laden, his henchmen and root out ISIS, Al-Qaeda and the Taliban. Our brave patriots who sacrificed life and limb were successful! Now these maimed veterans join the parents, spouses and children of the dead ones, crying, “Why?”

— Taliban terrorists took control of the country gleefully and grotesquely torturing and executing people (leaked out footage is gut-wrenching); persecuting people of faith; stopping initiatives for women like attending school; and enslaving/raping women and young girls as Taliban “wives.” “America has thrown us to the wolves,” cried one Afghan.

— Two thousand Taliban criminals with hatred for America are being released from prison. With the tsunami of illegals streaming across our southern border, don’t think there aren’t terrorists in the mix.

Seven hundred years ago in Italy a man wrote Dante’s Inferno. The central character explored divine judgment traveling through nine levels of evil in hell covering greed, lust, anger, violence and more with the highest level being treachery-betrayal of relationships.

Dante wrote the masterpiece because he was grieved by rich, powerful and deceitful politicians in 12th-century Florence who thought they could lead without personal consequences. He knew Jesus taught greater and lesser rewards as well as punishments after giving account to God.

Callous disregard for human beings created in the image of God, whether at the border, in the womb or throughout Afghanistan, requires accountability.

Blood is on Biden’s hands. Millions grieve, feel anger and consider the monumental mistake putting him in office. It’s not malarkey, it’s time for Joe to go. He’s diminished, dangerous and done.

The post Time for Him to Go: An Appeals for Joe Biden to Resign After Afghanistan Debacle appeared first on DailySurge.