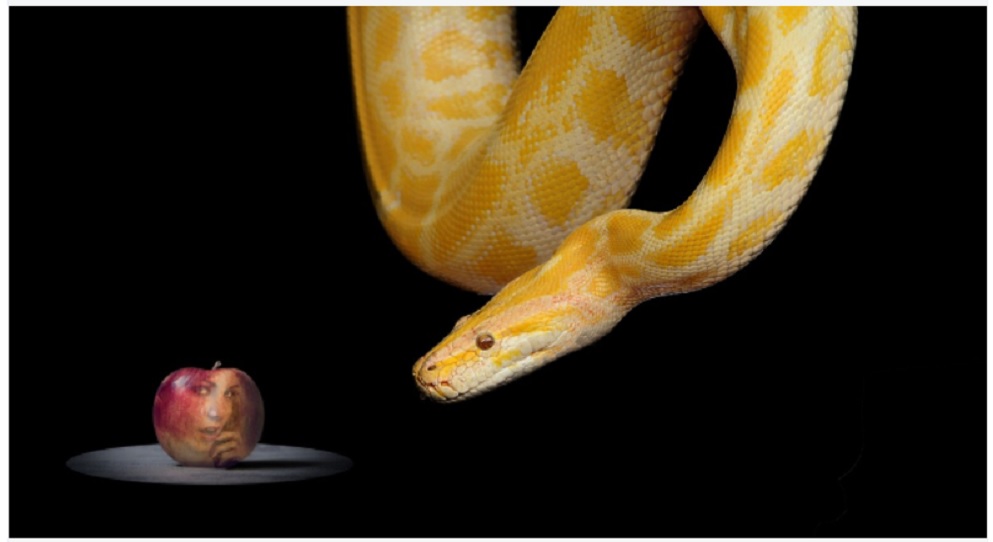 Surge Summary: The mania for “victimology” seems like a new social phenomenon, but actually it is nearly as old as man’s occupation of planet earth. Although, it has destroyed lives for eons It is now, perhaps, being tolerated more than ever – leading to even more havoc.

After Adam and Eve ate the forbidden fruit, God came calling for them in the Garden. God knew what they had done, but he allowed them an opportunity to take responsibility for their wrong doing and confess after Adam inadvertently admitted to his nakedness.

“Who told you that you were naked?” the Lord asked Adam.

Adam replied, “The woman you gave me, she gave me the forbidden fruit, and I did eat.” Adam blamed both God and his wife for his predicament.

Eve was no better. When the Lord asked her what she had done, she said, “The serpent beguiled me, and I did eat.” In other words, she was saying it wasn’t her fault, but the serpent who charmed her into the transgression.

Thus, was born the secular religion of victimology.

Recently a colleague of mine pointed me to an interesting article by Michael Shellenberger titled: Why Everything We Thought About Drugs was Wrong.

In the piece, Shellenberger said that in the 1990s and early 2000s, he was a passionate advocate for drug decriminalization, harm reduction, and criminal justice reform. He worked with progressives such as Congresswoman Maxine Waters for needle exchange programs so that heroin users wouldn’t get HIV-AIDS.

“Our intentions were good. We thought it was irrational to criminalize the distribution of clean needles to drug users when doing so had proven to save lives. We were upset about mass incarceration, particularly African Americans and Latinos, for nonviolent drug offenses. And we believed the approach that European nations like the Netherlands and Portugal had taken to decriminalize drugs and expand drug treatment was the right one. But it’s obvious now that we were wrong,” asserts Shellenberger.

Shellenberger points out that over the last 20 years, the U.S. has considerably liberalized its drug laws. “During that time, death from illicit drugs rose from 17,000 to 93,000. Two and a half times more people die from illicit drug use than from car accidents; five times more die from drugs than homicide,” he says. What is more, many of these people “are homeless and die in the hotel rooms and apartment units given away as part of the harm reduction-based ‘Housing First’ approach to homelessness.” Others who perish he says “are children found dead by their parents on the floors of their rooms.”

Schellenberger adds he and his progressive and libertarian friends had always contended the government had no right to tell people what drugs they could put into their bodies. The government’s incarcerating people “destroys families, disproportionately African American, and Latino families.”

But he reiterates, “Our views were too simplistic and wrong. Many things undermine families and communities, of all colors, well before anyone is incarcerated, including drugs and the crime and violence associated with them. And, violent communities attract the drug trade more than the drug trade makes communities violent, both scholars and journalists find.”

So, what’s the real problem? It’s our culture of victimology, says Schellenberger.

“Victimology takes the truth that it is wrong for people to be victimized and distorts it by going a step further. Victimology asserts that victims are inherently good because they have been victimized. It robs individuals of their moral agency and creates double standards that frustrate any attempt to criticize their behavior, even if they are behaving in self-destructive, antisocial ways…Such reasoning is obviously faulty. It purifies victims of all badness. But by appealing to emotion, victimology overrides reason and logic.

“Victimology appears to be rising as traditional religions are declining. Unlike traditional religions, many nontraditional religions are largely invisible to people who hold them most strongly. A secular religion like victimology is powerful because it meets the contemporary psychological, social, and spiritual needs of its believers, but also because it appears obvious, not ideological to them…Advocates of ‘centering’ victims [because of their trauma], giving them special rights, and allowing them to behave in ways that undermine city life, don’t believe, in my experience, that they are adherents to a new religion, but rather that they are more compassionate and more moral than those who hold more traditional views.

“Progressive advocates and policymakers alike blame the drug war, mass incarceration, and drug prohibition for the addiction and overdose crisis, even though the crisis resulted from liberalized attitudes and drug laws…This view is, on the one hand, a defensive and ideological reaction. But it is also an abdication of responsibility.

“What kind of people moralize about their superior treatment of the poor, people of color, and addicts while enabling and subsidizing the conditions of their death?”

Schellenberger’s assessment is powerful. Nevertheless, I’m afraid I have to disagree with him on one small point. Victimology is not a new religion. It’s as old as when Adam and Eve wouldn’t own their sin, but passed the blame for it. It’s been practiced in thousands of ways for thousands of years. Today its pervasive, not just in the realm of drug related issues, but innumerable personal and social levels.

When will we wise up and see the old lie just comes in a new package? There is no substitute for acknowledging and repenting of sin, and the remedy is never to lower the standard or the penalty for right living.

Both will only get us kicked out of Eden.

The post ‘Religion’ of Victimology Is Really an Old Lie Dressed Up in a New Package appeared first on DailySurge.