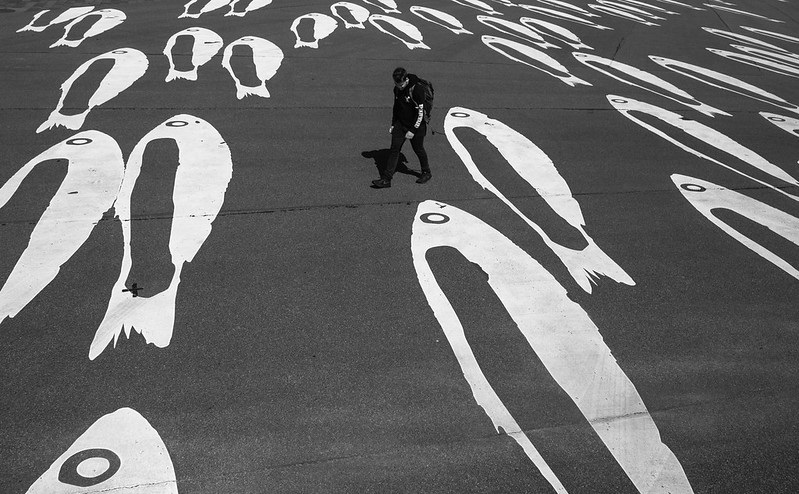 Surge Summary: In a significant way, the fate of America depends on the Church – that is on the people of God, including godly individuals, who are doing the “good works” God has called them to do.

“When a Christian tries to live by reason he is moving out of God’s country into the enemy’s land. We belong in the miraculous and the supernatural realm.” -John G. Lake

The Bible says in Romans 5:20: “But where sin abounded, grace did much more abound.”

Then, it tells us in Ephesians 2:8: “For by grace are ye saved through faith (Faith that overcomes the world 1John 5:4); and that not of yourselves: it is the gift of God:”

Yet, if we are truly saved by grace, we not only abound (Favorable influence of God; divine influence or the influence of the spirit, in renewing the heart and restraining from sin – Websters 1828), but “we are also His workmanship, created in Christ Jesus unto good works, which God hath before ordained that we should walk in them” (Ephesians 2:10).

How many times I have heard from those who profess to belong to the Lord that continuously make excuses as to why this country is in the position that it is in today (1 John 2:4). They say, “I am just one person.  What can I possibly do?” The truth of the matter is that they don’t want to do anything about our state but forfeit more of their God-given rights through surrendering in hopes that they are still going to Heaven (Psalm 78:9). These types are using the grace of God as an occasion for the flesh (Galatians 5:13) and have no idea what the fruit of grace and faith truly bring forth (John 15:8). They are, in fact, from beneath, not from above (John 8:23). Instead of doing what the Church is to do in bringing the answers to the world (Isaiah 58:12), they want to create a hopeless version of a false Gospel to put others in the position that they are in (Galatians 1:8).

On the other hand, I think of Jesus Christ, one man, the Son of God, who turned the world right side up in order to save the souls of men (Luke 19:10).

Well, you might say, “I am not Jesus,” and you are right, you are not, but do remember that you are a joint heir with Him (Romans 8:17).  Remember what was written of Him while on earth.  In John 21:25, it states” “And there are also many other things which Jesus did, the which, if they should be written every one, I suppose that even the world itself could not contain the books that should be written.”

Wasn’t it Jesus in John 14:12 that said, “Verily, verily, I say unto you, He that believeth on me, the works that I do shall he do also; and greater works than these shall he do; because I go unto my Father.”

The Father of the Old and New Testament said, “Call unto me, and I will answer thee, and shew thee great and mighty things, which thou knowest not” (Jeremiah 33:3).

With all of the promises made to the Church, I have to say that I cannot find defeat, only victory. The defeat comes to the disobedient, not the obedient. Nowhere can you find in Scripture where the Lord ever, one time failed a faithful man or woman of God. Nowhere!

“If you are willing and obedient, You shall eat the good of the land;” -Isaiah 1:9

I think of Martin Luther, the great reformer.

I think of our forefathers, who made an appeal to the “Supreme Judge of the World” in establishing this great nation in which we live (Psalm 33:12). Where were their appeals directed toward?  The flags that were flying were “Appeal to Heaven” and “No King But Jesus” (I Timothy 2:5).

Did they make excuses for what they left off?  Not at all.  They proved the God of Israel by standing with Him, and Him alone.  Having met Him on his terms (Matthew 6:33), they found Him to be immutable and as faithful to the preceding generations (Hebrews 13:8).

Don’t tell me that one person cannot make a change!

“And what shall I more say? for the time would fail me to tell of Gedeon, and of Barak, and of Samson, and of Jephthae; of David also, and Samuel, and of the prophets: Who through faith subdued kingdoms, wrought righteousness, obtained promises, stopped the mouths of lions. Quenched the violence of fire, escaped the edge of the sword, out of weakness were made strong, waxed valiant in fight, turned to flight the armies of the aliens. Women received their dead raised to life again: and others were tortured, not accepting deliverance; that they might obtain a better resurrection:” -Hebrews 11:32-35

The post One Person Can Change a Lot … Including a Nation in Desperate Need appeared first on DailySurge.