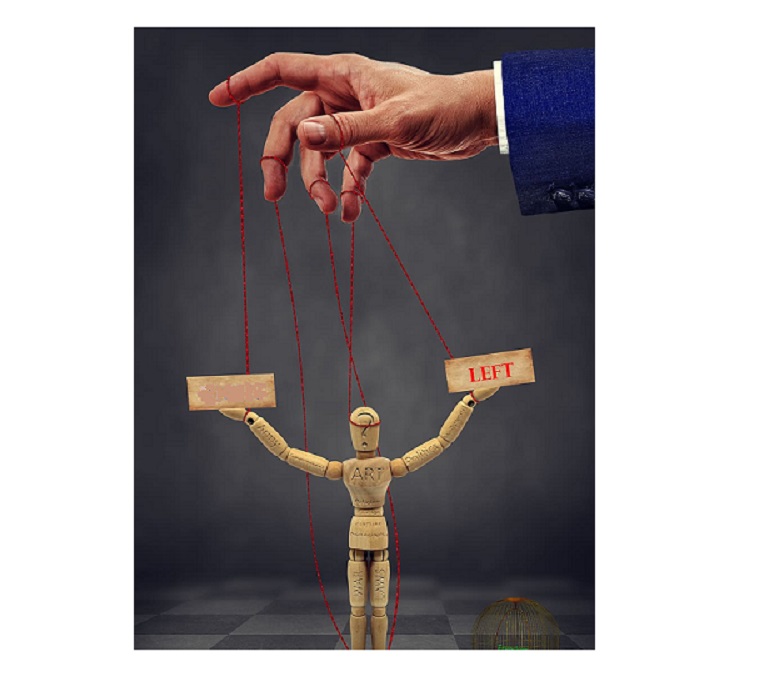 Surge Summary: No matter what the popular analysis claims, President Joe Biden is no “moderate”. It’s undeniable the Leftists have their hooks in him. Genuine conservatives need to acknowledge this woeful situation, and stand ready to challenge it.

Playing audience to the Biden-Afghanistan-Withdrawal catastrophe, anyone with horse-sense can’t avoid the mind-cramping question: What is he thinking? Does he want to demolish any chance he has for a second term?

It’s a jolting experience watching the 78-year-old President commit political suicide. He was warned in the run-up to the disgraceful Afghanistan cut-and-run operation not to do it precipitously or haphazardly. Experienced military and national security hands stressed a hasty evacuation of U.S. forces would invite calamity. Seemingly waving off all those cautions, Biden surged ahead anyway, producing that at which an agog planet has been cringing the past few weeks.

Once the exfiltration was launched, it became promptly and revoltingly evident the fall-out would be egregious; considerably more so than forecast by whatever insightful advisors he’d consulted. Undeterred, a plainly befuddled Commander-in Chief bulled onward with this misbegotten study in surrenderism.

The Afghan misadventure has been so scandalously ten-thumbed even the occasional prominent Democrat and some visible, normally Biden-defending members of the corporate media could no longer carry his water on the matter.

It’s a safe assumption Donald Trump — if only for the sake of his overruling ego — wouldn’t have sat supinely by and tolerated the on-the-ground pandemonium we’ve just witnessed in the Hindu Kush. Yet, Joe Biden? Levelheaded considerations of his 2024 electoral prospects and long-term legacy appear weirdly absent as America slinks out of that region and it collapses back under terrorist control. He’s satisfied the “Down-with-U.S.-Imperialism” set – which has become his priority.

Mind you, the dumpster fire that is his Central Asian performance is only the President’s latest. Indeed, though it’s arguably the most garish example of his career self-destruction, it’s certainly not his first.

Don’t forget — as if skyrocketing oil and gas prices would permit it — Biden’s sabotaging of the country’s energy sector. Thanks to his initiatives, U.S. energy independence? Deepeningly, under threat. America’s fossil fuel future? Growing bleaker. The cost of driving to work? Up 40% so far this year. All of which is precisely what climate alarmists and anti-capitalists have in mind — two of the cadre of zealots to which he’s conspicuously pandering.

Speaking of climate alarmists, in the very teeth of his Afghan collapse and after repeating his campaign 2020 “Basement-Biden” disappearing act, the president at last emerged before a bewildered populous days ago to present a bizarre, halting screed on “climate change”. While surveying flood ravaged parts of New York and New Jersey he rumbled on about looming “code red … extreme weather”, and, as tediously expected, the need to “listen to the scientists”.

From the jump, Biden and Company’s pro-inflation moves have been oxygenating historic price rises — the likes of which shoppers and spenders haven’t seen in a long time. He’s been unrestrainedly pumping government dollars into the overheated economy at nearly every turn. Meantime, spend-o-rama statists lustily cheer him on.

Then there’s this past week’s abortion MADNESS: Our rosary-toting, “devout Catholic” President has been gradually evolving for years now from a comparatively lower-key “pro-choice” endorser to an aggressive baby-killing janissary. The latest evidence? Team Biden has pledged its full resources to thwart Texas’ “Heartbeat Bill”; the Lone Star States’ imaginative attempt to do something, anything, to staunch the United States’ epidemic of legalized child-murder. One wonders: Does POTUS 45 pray for the success of his Roe v. Wade enthusiasms when he attends weekly Mass?

Biden on all matters LGBTQ? I suppose we can breathe a sigh of relief the guy, at least, hasn’t thrown on a dress during one of his reluctant, highly-scripted press events.

The U.S. southern border? In the preceding nine months — since the Biden/Harris victory — it’s devolved into Obama-era levels of anarchy; as if choreographed by Alexandria Ocasio Cortez and her fellow squadistas.

Then there’s Thursday afternoon, when this president finally unveiled himself to be what not a few constitutional conservatives have long suspected: an unapologetic fan of coercive COVID-vaccination mandates. Business owners may bridle, but health-and-safety fascists are elated.

Something else which turned up during the pandemic is the CDC-issued “eviction moratorium”.

Regarding Biden’s anti-constitutional extension of the regulation, National Review has noted: “When he was obliged to choose between his oath of office and the desires of the progressive wing of his party, he chose the latter.”

That last sentiment is one that could be applied to the president on multiple counts.

The unpleasant conclusion is right in front of those willing to acknowledge it: In any kind of functional sense, “Biden the Moderate”– reasonable, get-along-with-everyone, back-slapping “Lunch-Bucket Joe” — is a fiction. In a political vacuum, the life-long Democratic pol — half-a-century and counting! — would operate, maybe, somewhere in the middle of the public policy road. Newsflash! The current atmosphere in Washington, D.C. and the nation ain’t a vacuum. Secular Leftists have commandingly shanghaied the President’s party and the popular culture. Practically everywhere, sexual antinomians are ascendant.  The seething forces of anti-Americanism, which grimace at anything actually beneficial for the United States, are on the march. And all these have taken control of Joe Biden. If he’s ever genuinely entertained any centrist urges, he’s presently forsaken them; energetically so.

After a pair of flamingly unsuccessful presidential runs, Joe Biden has managed to snag the country’s highest office in his third attempt. He did it, in part, by effectively surrendering to the take-no-prisoner progressives’ calling the shots among his fellow Democrats. Socially radical, big-government, autocratic types have their leash crimpingly around the neck of today’s Chief Executive — and he’s not about to begin balking at it. He unaccountably rode that strategy into the Oval Office this past election cycle. Whatever bone-headedness others might espy in his choices, the plainly mentally fragile Biden isn’t going to jeopardize what worked for him back then for the sake of decency and rationality right now; nor for the sake of the well-being of the Republic which, regrettably, has been entrusted to him.

For however long the man resides at 1600 Pennsylvania Ave., patriotic and prudent Americans better be prepared to deal with, to confront, to oppose at every turn Joe Biden, Leftist Extremist.