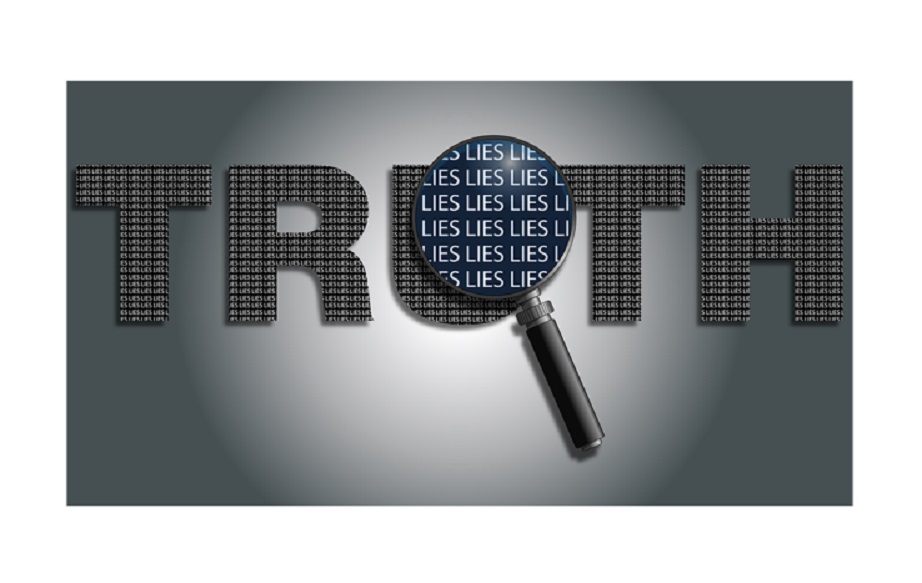 Surge Summary: The track record of today’s “Progressives” – whether the Legacy Media, Democrats or Big Tech – confirms they can’t be trusted. Until each of their claims are proven true, best to assume they are lying.

Last Thursday, Joe Biden dropped the hammer on “the unvaxed,” ordering large companies and government agencies to force employees to get the shots or face weekly tests.

Thus, he broke yet another pledge – never to make the shots mandatory.

While the nation reels in the grip of authoritarians who love coercion, only one side is consistently accused of imposing its values on others.

That would be Christians, conservatives or just plain traditionalists. Anyone still defending Western Civilization. Conversely, when leftists force their agenda on the unwilling, it’s considered good, science-directed government. Except when they ignore science.  (Say pregnant “people,” not “women,” or you’re a bigot.)

The Left is talking now about monitoring every mile we drive, the better to tax us. It’s also a good way to keep track of everything we do. They seem bent on developing a “social credit” system like the one in China, where people rated less compliant with Communist authorities are denied basic services.

Think about that the next time you hear talk of COVID-19 vaccine passes or passports. Do they get revoked if you’re vaccinated but refuse a booster shot? Or the next booster? By the way, if the vaccines work, why would unvaccinated people put the vaxed at risk?

In far-left Portland, Oregon, where riots are considered outdoor parties, Democrat Mayor Ted Wheeler has proposed forbidding any city purchases from the state of Texas over its new law sharply limiting abortions. The Texas law does not affect Oregonians, except to offend their delicate natures that cry out for all Americans to conform to Portlandia’s values.

Fellow Left Coast state California bans travel by state employees to Texas over the Lone Star State’s policy of allowing faith-based adoption agencies to decline to place children in same-sex households. The people who run these adoption agencies actually believe that God created men and women as different and complementary, and that children benefit most when they have a married mother and a father in the home.

Recently, California extended its travel ban to five more states because those states are considering barring men who identify as women from competing in women’s sports. Pretty soon, the Golden State will be punishing other states for not ordering public libraries to subject young children to Drag Queen Story Hours.

For years, the Left Coast, and especially Hollywood, has not exactly been minding its own business when it comes to imposing values.

Sometimes, it can be an individual judge – not necessarily on the Left Coast – who demonstrates the danger of having too much power.

Last Monday, an Ohio judge barred a doctor from administering ivermectin to a patient in intensive care suffering from an acute case of COVID-19. Jeffrey Smith’s wife had won an earlier court ruling directing the hospital to allow Mr. Smith’s doctor to give him the drug. But despite the wife and doctor both saying they believed the drug was improving Mr. Smith’s condition, Butler County Judge Michael A. Osler Jr. ordered the hospital to cease the treatment. He said he did not see enough evidence that it was working.

Here’s the weird part. The same judge who just overrode a doctor noted at the hearing that “judges are not doctors or nurses.” I guess he meant other judges, not him.

“The medical and scientific communities do not support the use of ivermectin as a treatment for COVID-19,” the judge said. He’s right about that; the powers-that-be are working to force every single person in the world to get the shots instead of trying other drugs that many doctors have found effective. These include ivermectin combined with an antibiotic or hydroxychloroquine with an antibiotic.

In June, the American Journal of Therapeutics reported that

Meta-analyses based on 18 randomized controlled treatment trials of ivermectin in COVID-19 have found large, statistically significant reductions in mortality, time to clinical recovery, and time to viral clearance. Furthermore, results from numerous controlled prophylaxis trials report significantly reduced risks of contracting COVID-19 with the regular use of ivermectin. Finally, the many examples of ivermectin distribution campaigns leading to rapid population-wide decreases in morbidity and mortality indicate that an oral agent effective in all phases of COVID-19 has been identified.

They re-ran the data after one of the studies was withdrawn, but came to the same conclusion, as reported in the September edition.

It’s not a case of being “anti-vax” just for wanting all the facts out on the table. And it’s no secret that the health establishment, the media and Big Tech have teamed up to suppress growing evidence of vaccine deaths and other serious reactions while at the same time demonizing alternative treatments.

Ivermectin is a common drug used to treat literally millions of people for a variety of parasitic ailments. The FDA approved its use as a prescription drug in 1998. Prof. Robert Campbell shared a Nobel Prize in 2015 for discovery of ivermectin as a treatment for river blindness. He never endorsed it as a cure for COVID-19, but cautiously suggested in 2020 that it was worth looking at.

Anyway, reducing ivermectin to a “horse dewormer” is like describing oatmeal as “horse feed.”

The false story was so deliciously suited to the vaccine-only narrative that several other newsies ran with it, including MSNBC’s Rachel Maddow. After a hospital statement said the story was fabricated, Rolling Stone posted an “update” rather than a retraction.

In 2015, Rolling Stone ran a piece about a gang rape at a University of Virginia fraternity house. The story portrayed the UVA dean as criminally indifferent.  After the story was revealed as a hoax, the dean sued and won $3 million in damages.

This kind of experience does not seem to temper the media’s lust for putting out stories, true or not, that advance their narrative.

Meanwhile, the Progressive Left is busy accusing others of doing exactly what they themselves do – even after being caught time and again.

At this point, we have to assume they are lying until proven otherwise.

Image by OpenClipart-Vectors from Pixabay