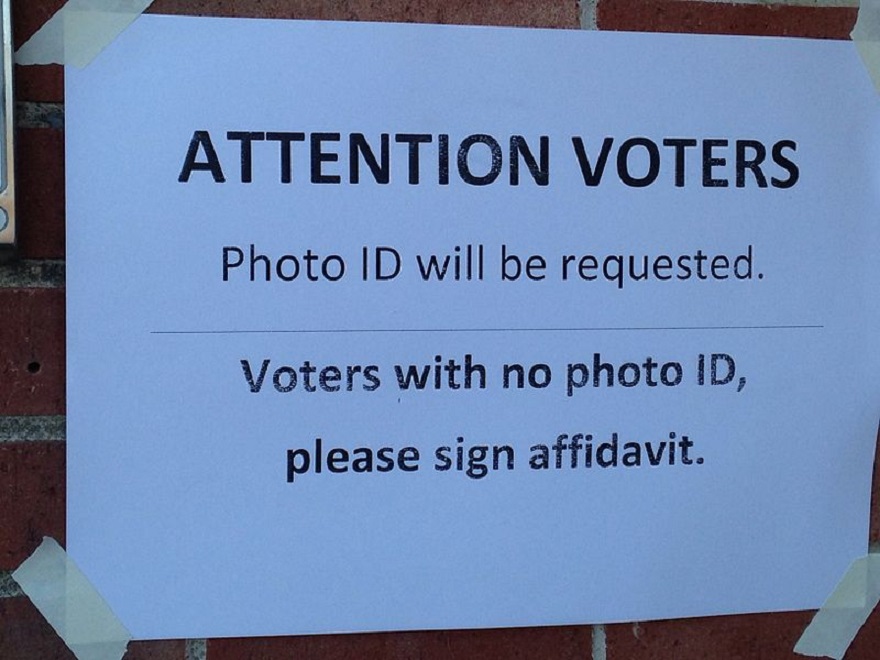 Surge Summary: Big talk by Republicans – supposed defenders of trustworthy election integrity – doesn’t add up to much if they fail to vigorously fight for measures like Voter ID in the crunch.

In the 1990s, Reuters News reported on a steer named Husker, who weighed in at 1,190 pounds, and was named grand champion at the Galveston County Fair and Rodeo. He was sold at auction for $13,500 and slaughtered after the competition. A contest official later announced veterinarians had examined Husker’s carcass and found something suspicious. They found evidence of what’s called “airing.”

Airing is when a competitor injects air into the cow’s hide with a syringe or needle attached to a bicycle pump. It works to give the steer a better appearance. If pumped sufficiently enough, the competitor has for himself what looks like a grand champion steer, although what he really has is a castrated bullock full of stale air.

According to Reuters, the money and championship title for Husker was revoked by The Galveston County Fair and Rodeo Association.

The story of Husker, the steer, reminded me of something. A pumped-up steer is like a hypocritical person. And to be more specific, I think it’s very much like hypocritical politicians who would appear more virtuous than they are.

Voter ID is undoubtedly one of the most critical issues of our time. Requiring those who would cast their will at the ballot box to secure an ID to prove their citizenship or status has never been to discriminate against any minority, but to ensure confidence in our state’s election process. Voter ID is so vital to most North Carolinians; they voted to have it enshrined in the state’s constitution. However, that didn’t stop a panel of judges from blocking it a few days ago.

Of course, Republican lawmakers, who initiated Voter ID in the state, expressed outrage at the decision. Nevertheless, it’s difficult for me to believe the anger expressed by many of them is little more than virtue signaling.

In May of this year, Sen. Todd Johnson (R-Union) was the primary sponsor of SB 453 – Modernize ABC Controls. The measure provided for a mixed beverage permit to an establishment that meets specific location requirements, regardless of the outcome of an alcohol election. Even though my research was unable to determine the exact location Johnson’s bill impacted, it was clear it could not be applied statewide, and it ran afoul of allowing local voters to decide their own destiny concerning alcohol sales. The measure essentially made an end-run around the will of the people.

When I spoke against the bill in a committee hearing, the legislation was sent back to the Senate Rules Committee. Several weeks later, however, when I was away battling COVID, the language of Johnson’s measure was rolled into a gargantuan Omnibus alcohol bill (HB 890) with over 30 alcohol policy reforms and passed overwhelmingly.

Of course, the passage of such legislation is not the first time this has been done. Still, regardless of the arguments made for its justification, it unquestionably undermines constitutional and election integrity.

If lawmakers can go to Raleigh and write legislation placing mixed beverages wherever they or certain influences decide that they ought to be, then local option alcohol referenda has little meaning, if any. It means the people are robbed of their right to weigh in on the question, or worst still, their will via the ballot box is overturned. It means certain establishments are given special privileges at the expense of the people’s right to vote.

Someone says, “Well, Republicans are focused on the bigger issue, not something of less consequence like a liquor referendum.” My response: if you can’t show faithfulness in more minor matters, why should one be trusted with the larger?

Voter ID? Yes! Voter confidence, voter integrity? Yes? But don’t just talk about it when it serves your agenda or diminish it by your actions when it doesn’t. Otherwise, it’s just “airing.” It’s just political posturing. It’s a form of hypocrisy. It’s just a bunch of castrated bullocks full of stale air mouthing off.

Whether Republican or Democrat, I think most of the citizenry has had enough of it.