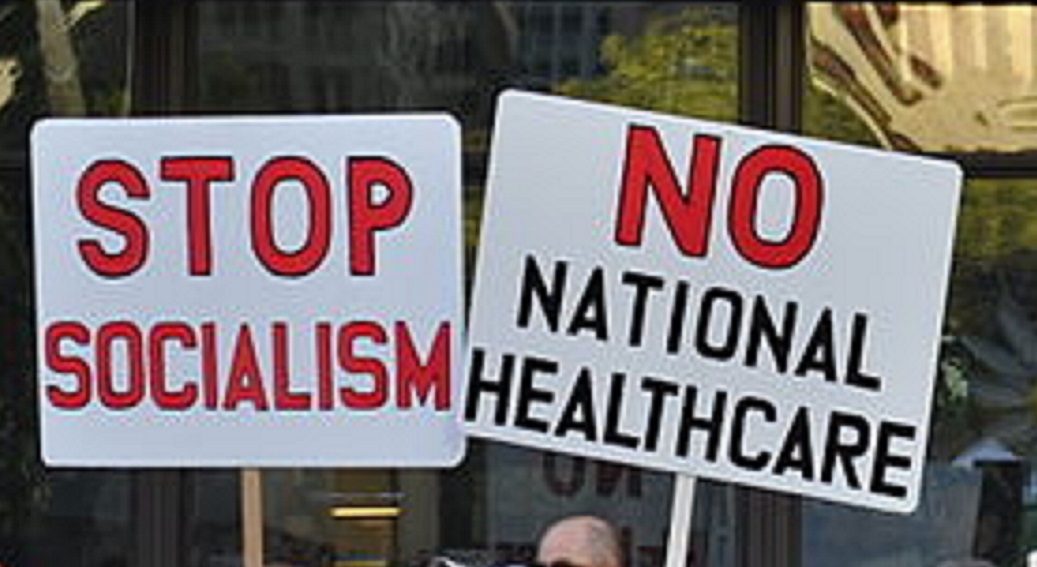 Surge Summary: President Biden’s limiting of monoclonal antibody supplies to fight COVID in “Red States” that presently need it most can be seen as a predictor of other ways “universal health care” will be abused for political purposes.

Still not persuaded it’s a terrible/horrible/awful proposal shackling the entire U.S. health care system beneath the overweening control of the federal government? Take a gander at this latest lulu by the Biden administration: He’s denying a proven COVID treatment to sorely afflicted people he claims he’s committed to help.

The bad idea that won’t die is euphorically referred to as “universal health care”, “national health care”, “single-payer health care” or “health care for all”. But behind the benign terminology skulks a government-controlled arrangement which partisan hacks will wield like a truncheon; or as a blackmail scheme. Still shrugging your shoulders? Unconvinced? Biden and Co. are presently laying bare this dark prospect via their distribution of monoclonal antibodies.

[T]he Biden White House is now talking about “equity” as the justification for sharply cutting the availability of these life-saving treatments to Florida especially but other southern states as well. This is a bizarre justification — one would expect states with more cases and deaths to get priority, not for distribution to be based on “equity.”

You’ve heard “equity” bandied about, right? It’s a revered Lefty trope, a robotic talking point which, in theory, suggests fairness, impartiality, proportionality. In this case, however — stripped of its romantic tones — “equity” works out to refusing these “lifesaving treatments” to places and individuals which urgently need them most — in order to divvy them out by race, demographics, voting preferences or whatever to residents of other locales who don’t.

“People are going to die” because the Department of Health and Human Services (HHS) is rationing the distribution of Regeneron’s monoclonal antibody treatment to states including Texas, Republican Rep. Brian Babin, a member of the GOP Doctors Caucus said …  “This is a federal takeover, and really seemingly punishing six conservative Republican red states” that have successfully treated COVID patients while resisting the president’s mandates, said Babin … Texas and other states “are being cut 30 to 50%,” he claimed.

Monoclonal antibodies have proven arrestingly effective for individuals suffering from COVID-19 — and are becoming an increasingly important resource for states slammed particularly hard by the pandemic. Reports are they reduce hospitalization in COVID cases by 70%. Thus, three weeks ago, America’s president resolutely vowed to escalate availability of the intravenously administered therapeutic to the nation — before, days later, schizophrenically maneuvering to shrink supplies to some of its most imperiled sectors. This Oval Office volte-face occurred for what suspiciously stinks of the most nakedly and nauseatingly factional reasons: Blue States … good! Red States … bad!

Here’s columnist Ben Shapiro, putting it trenchantly: “[P]retty obviously a revenge play against states like Florida and like Texas.”

To those piously sniffing that elected officials would never leverage the healing industry to reward their friends and slap around their foes, I again give you troubling Exhibit A: POTUS 46’s current pandemic antics. Access to monoclonal antibodies? It’s being especially narrowed for conservative-leaning regions which would crucially and immediately benefit from it.

The situation offers every indication of health care rationing — and of the mean-spirited variety at that.

Progressives have this disconcerting habit of dismissively guaranteeing their polarizing passions will never morph into worst-case scenarios — only to oversee precisely that happening as soon as the public looks away. Back in the early 1970s, for instance, legalized abortion was marketed as a measure only for early pregnancies and extreme cases (rape, incest, mother’s life.) Nearly half-a-century and sixty-two-million victims later, some pre-born children are being butchered as they literally emerge from the womb at nine months.

Government welfare as enablement for lazy persons to dodge meaningful employment? Never! Liberals protested, pounding the table. We only want to offer struggling men and women a hand up, not a hand out! Meanwhile, over a year of COVID relief payments have produced an American populace so work-averse some businesses can barely keep their doors open for lack of employees.

When Christians and traditionalists railed “same-sex marriage” was a first step toward other debasements of the cherished institution, “evolved” types huffed and rolled their eyes. Why, the mere accusation! It’s insulting! A few years on? Modern society is seeing polygamy gain traction; and persons are wanting to tie the knot with their pets, computers, even a cartoon hologram.

Sitting by compliantly while this statist White House practices de facto COVID-era rationing can only grease the rails for greater government intrusion in America’s already over-regulated, over-manipulated medical field. This, in turn, will mutate into a burgeoning of the worst “fixes” we’ve seen from Washington, D.C. during this relentless pandemic — except next time infesting every aspect of health care.

By the way, for those who sedulously cling to the assumption the Biden crew remains innocent here, that their motives in slashing these Red State antibody inventories are like driven-snow in their purity, a macro-picture concern nevertheless remains: Do you really want in the hands of federal officials and bureaucrats – under either party’s majority – a lever which can cynically and instantaneously

jockey medical services on a whim? A D.C.-centric system expressly delivers such an outcome. The potential for abuse? Off the charts. What we could call today’s “monoclonal-gate” could be only a foretaste of future medical perfidy.

Dig the way Joe Biden is appearing to exploit this specific therapeutic to bully those who haven’t gotten in line with his Big Government designs? You’ll love what his fellow radicals will do down the road should their “universal health care” dream become a collectivist-fueled reality – and other people’s nightmare.