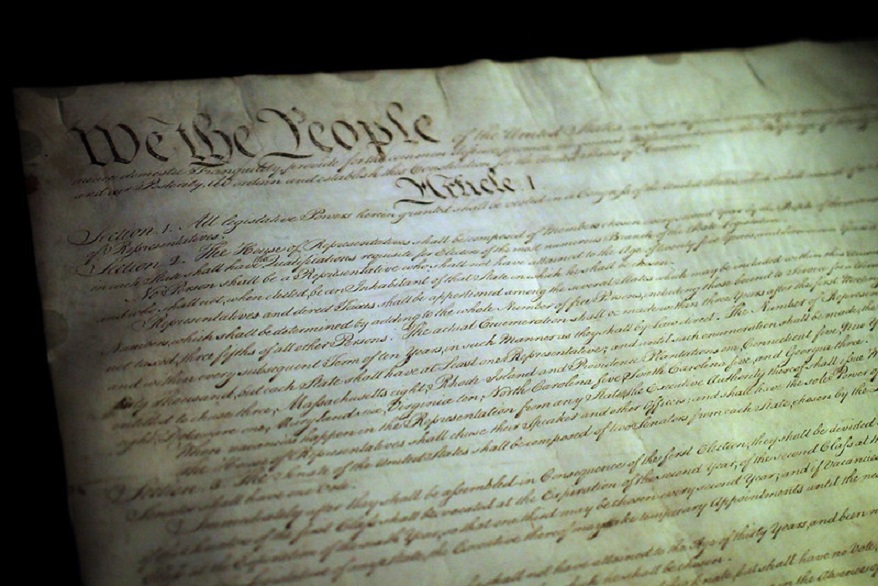 Surge Summary: The brilliance of the United States’ Constitution can’t benefit the nation if the citizens of the nation and their leaders ignore it or seek to undermine it. America’s Founders understood this basic truth and warned accordingly.

By God’s grace, the American experiment has lasted for 232 years now, since the Constitution went into effect on April 30, 1789. Every political leader that is sworn in agrees to uphold the Constitution.

But in our day of rampant political correctness, of Marxist revisionism, of “egg shell plaintiffs,” of “safe spaces,” of “hate speech” (which is often just the other guy’s opinion), even the Constitution has recently been labeled as “harmful.” It might offend someone.

Case in point. Recently, Ophelie Jacobson of Campus Reform approached students at the University of Florida to ask them what they think about the Constitution. Their responses, as seen in this video, were mostly negative.

Here were some of their comments on the U.S. Constitution:

No wonder so many of them were willing to sign a petition to abolish the Constitution!

Furthermore, even the keepers of the Constitution in Washington, D.C. have contributed to this negative view. On 9/24/21, The Federalist reported: “Over the summer, the National Archives issued ‘harmful content’ warnings on all its collections of online documents, including Founding-era documents like the U.S. Constitution, the Bill of Rights, and the Declaration of Independence.”

Why would they do this? The Federalist explains that the warnings “allegedly protect against documents that ‘reflect racist, sexist, ableist, misogynistic/misogynoir, and xenophobic opinions and attitudes; be discriminatory towards or exclude diverse views on sexuality, gender, religion, and more.’”

This is getting ridiculous. If these views prevail, the Marxist attempt in America to “tear it all down” and start over might well succeed. May it never be.

The Constitution has brought unparalleled political freedom and prosperity. Marxism has brought unparalleled misery and death. People don’t clamor to get into the Marxist countries like China or Cuba or Venezuela. But they do risk their lives to get into the United States. That’s not despite the Constitution and what it represents. It’s because of it.

But many forces today, because they love power (and often the perks that come with that power) are willing to undermine the Constitution, so they may gather unto themselves more control. This does not bode well for the future of our republic.

This point is reminiscent of a warning from the father of our country.

As Dr. Peter Lillback and I noted in our 2006 book, George Washington’s Sacred Fire, “Washington asserted that human depravity could ultimately destroy the Constitution, even with the checks and balances it possessed. In his proposed Address to Congress in April 1789, he described how the Constitution, with all of its wisdom, could ultimately come to naught by the depravity of the people and those who govern them, since the Constitution in the hands of a corrupt people was a mere ‘wall of words’ or a ‘mound of parchment.’”  (p. 220).

One of the geniuses of the Constitution is the way its principles were built by men who acknowledged the sinful nature of man. I believe that because it was based on a correct anthropology—one that recognizes our innate selfishness—that the Constitution has been so durable.

James Madison, a key driving force behind the Constitution, learned well from his teacher, Rev. Dr. John Witherspoon, the devout Presbyterian who was the president of Princeton, who taught Madison what the Bible says about man’s corrupt nature.

Madison said, “All men having power ought to be distrusted.” Therefore, the founders separated power, explicitly, so that we would have liberty rather than tyranny.

I agree with William Gladstone, the distinguished 19th century Prime Minister of England, who declared, “The American Constitution is, so far as I can see, the most wonderful work ever struck off at a given time by the brain and purpose of man.”

Why this constant attempt to tear down those things which are right in our world? The Constitution of the United States is one of them. We have our work cut out for us to convince many fellow Americans of that truth.