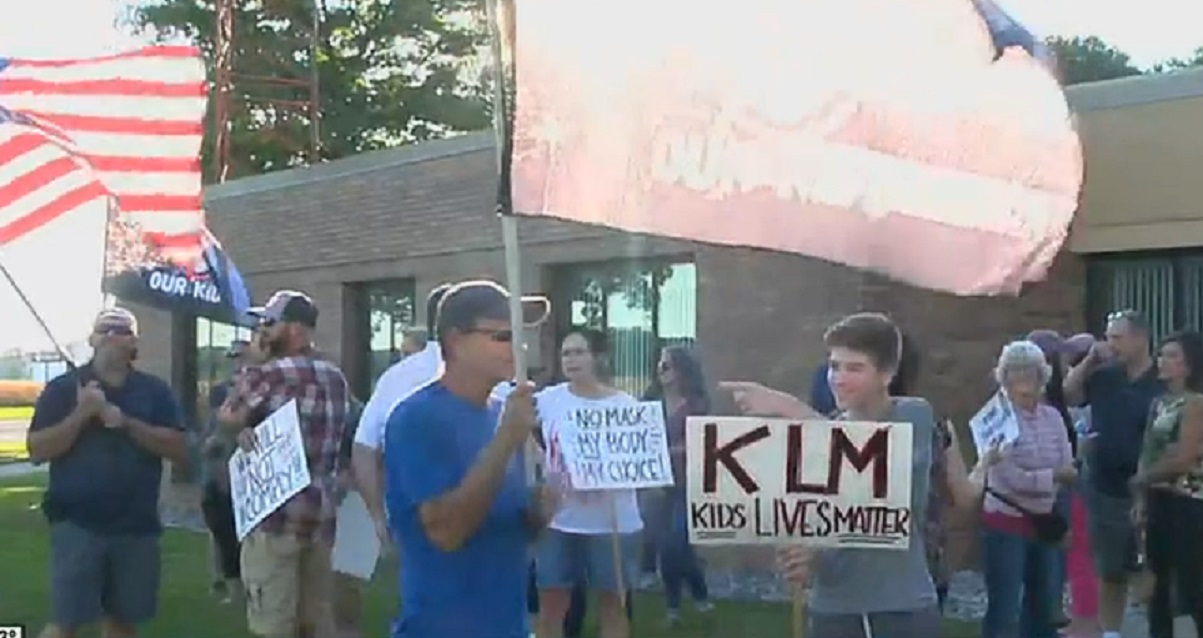 Surge Summary: Lately, Democrats are coming right out and admitting, they think parents ought to yield to educational “experts” when it comes to the schooling decisions involving their children. Moms and Dads who are pushing back are being tarred as “terrorists” by some who want them to butt out.

Someone I know from California told me recently that he has decided to pull his child out of public school and enroll him instead into a private, Christian school.

Why? Because during some of the Zoom instruction time during the coronavirus pandemic, this concerned parent discovered some of the lessons they were trying to foist on his child. In this case, it was the anti-American historical revisionism that disgusted this parent.

Multiply this story many times over, and we are seeing a very important story right now—many parents are finding better ways to educate their children, including homeschool and home-school co-ops, than the failing public schools.

But the left is pushing back. Perhaps the most galling thing of all about this debate is the arrogance of the educrats who think they are the ones who should be responsible for the education of the children—not the parents.

Former Virginia Governor Terry McAuliffe let the cat out of the bag. The Democrat is currently running for governor again, and he said in a recent debate: “I don’t think parents should be telling schools what they should teach.”

Duly noted. The left doesn’t think parents are competent to direct their children’s education. Unfortunately, McAuliffe is not alone in these sentiments.

Writing in wnd.com (10/3/21), Art Moore points out that parents are supposedly “not the ‘primary stakeholder’ in their children’s education” — even though they are “important stakeholders.” Who says this? Some leftwing nut job on a TicTok video? No, Joe Biden’s education secretary Michael Cordona said this.

The National School Boards Association (NSBA) asked the Biden administration to treat concerned parents at school board meetings as domestic terrorists. They write, “Now, we ask that the federal government investigate, intercept, and prevent the current threats and acts of violence against our public school officials through existing statutes, executive authority…to preserve public school infrastructure and campuses.”

They add: “Further, this increasing violence is a clear and present danger to civic participation.”

In his End of Day Report (10/5/21), Gary Bauer of American Values responds,” So, let’s get this straight: The radical forces indoctrinating your children are trying to shut you up by utilizing the same agency, the FBI, that the left used to smear Donald Trump with the fake Russia collusion hoax.” He observes that the Biden administration is “turning the FBI loose on soccer moms.”

Critics note that Garland has a conflict of interest here. Bauer says: “His son-in-law is the president of a consulting firm that makes millions of dollars contracting with school boards to push the left’s radical agenda.”

And it’s essentially a smear-job anyway. If you look at the videos of the unruly school board meetings, essentially what you see are parents merely upset that their children are being taught a bunch of lies. They are not resorting to “violence.”

The most prominent areas of curriculum conflict include:

Good grief. To whom do children belong? Their parents or the educrats?

Who is responsible for children’s education? Parents or educrats?

Who knows better than the parents what is in the children’s best interest? Hasn’t God given the parents the responsibility of their children, even if they delegate that teaching to others?

Our current education crisis could actually prove to be a good thing—if we handle it correctly. This could be the time when many Americans seek to rescue their children from leftist and false indoctrination promoted by too many of our public schools.