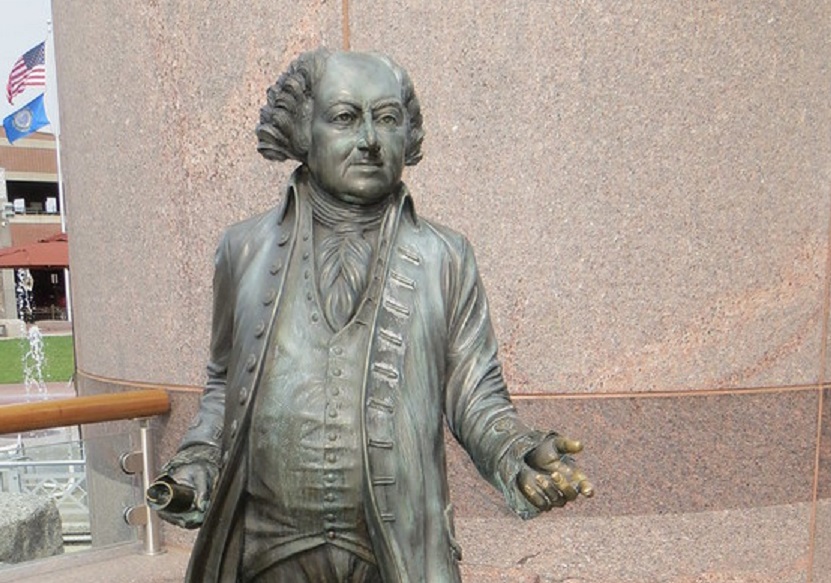 Surge Summary: President John Adams warned of the result if America ever abandoned its moral/religious underpinnings. That caution has been ignored by modern society – and the consequences have been and potentially will be chilling.

American Founder John Adams [1735-1826] was the principal author of the 1780 Constitution of the Commonwealth of Massachusetts, the world’s oldest written constitution still in use, and which became the model for the United States Constitution written in 1787.1

While serving as president of the United States, President Adams wrote to the Massachusetts Militia on October 11, 1798: “… we have no government armed with power capable of contending with human passions unbridled by morality and religion. Avarice, ambition, revenge, or gallantry would break the strongest cords of our Constitution as a whale goes through a net. Our Constitution was made only for a moral and religious people. It is wholly inadequate to the government of any other.”

One of the prime leaders of the American Revolution, John Adams had been a delegate to the Continental Congress in the 1770s, a diplomat to Europe who helped negotiate the Treaty of Paris in 1783, as well as America’s first vice president under President George Washington from 1789 to 1797, and America’s second United States President from 1797 to 1801. The above statement of him as the sitting president was either hyperbolism based on imagination and conjecture, or a purposeful declaration that the key principle to sustaining freedom and liberty wholly depends upon “a moral and religious people.”

If Biblical virtue and character indeed are fundamental to sustainable freedom, it should be patently clear that America has strayed far from the Founders’ in-depth guidelines to ensure such basic principles.

When a once Christian nation like America rejects God and His Word, it automatically leaves behind the Judeo-Christian based culture laid down by its Founders. Given their understanding of human nature as irretrievably sinful, they included checks and balances based upon Scripture in their design of society to combat the culture’s decomposition and the nation’s disintegration.

From the late 18th century throughout the 19th century, secular paladins and protagonists increasingly caused the American intellectual culture and academia to turn from Christianity. The mendacity and skulduggery culminated in the mid-20th century with the radicalized secular Warren Court [1953-1969], considered the “most liberal in U.S. history.” This came after 346 years of American advancement [1607-1953].

The 20th-century Supreme Court shows a record of vainglory and overbearing presumption: it removed prayer from public education in 1962 [Engel v. Vitale], the Bible from public schools in 1963 [Abington School District v. Schempp], and the Ten Commandments from public school walls in 1980 [Stone v. Graham].

In 1973 the secular radicals created out of whole cloth the obscure constitutional “right” to murder children in their mother’s womb [Roe v. Wade], followed in 2015 by disclosing as somehow existing in the U.S. Constitution [ignoring 400 years of jurisprudence] the “right” to homosexual marriage [Obergefell v. Hodges], and most recently in 2020 by even further expanding homosexual and transgender rights [Bostock v. Clayton County].

While all this was happening, American Christendom hunkered down behind the four walls of the church building, anxiously trying to steer clear from the battle in the public square for America’s Soul in opposition to the State’s Mephistophelian crusade against Biblical Christianity. With the Church as such an unwilling or even absent participant, there could never be any doubt about the outcome of the battle.

Full testimony to this is provided by what goes today by the euphemistic term “public education.” By surrendering public education to religious secularism, the character formation of the last 3 or 4 of America’s young generations has been under diabolical instead of Divine influence. The moral likeness of God’s great enemy is plainly reflected in the internalized pattern of values and attitudes of America’s youth of the last 75 years or so.2

The desertion of the public square by American Christendom, in direct disobedience to Jesus Christ’s ekklesia Kingdom assignment from Matthew 16:18, is an indictment of the inane hollowness of seminary training that delivers theology without exegesis and exegesis without theology.3

There appears to be something in President Adam’s above-mentioned purposeful declaration that makes it so cryptic to contemporary Christendom’s academics. The answer can be found in Proverbs 28:2: “When a land transgresses, it has many rulers, but with a man of understanding and knowledge, its stability will long continue.” [ESV]

Jewish Hebrew scholar Michael V. Fox cautions that “The transgression of a land – widespread, systemic violations of law – brings on anarchy, both as its natural consequence and as its fitting punishment, and with anarchy comes an oppressive multiplicity of rulers and factions.”

The “transgression of a land” stands for rebellion against God. In America’s case it is the separation of the State from the God of the Bible, Jehovah.

Steven Malanga, the George M. Yeager Fellow at the Manhattan Institute and City Journal’s senior editor, published an article on the New Secession Movement, in which he writes: “A new poll from the University of Virginia’s Center for Politics finds that large portions of the American public now favor blue and red states going their own ways to form separate countries. The survey results, writes political scientist Larry Sabato, highlight the ‘deep, wide and dangerous divides’ between Trump and Biden voters, presaging a new secession movement.

“California recently banned any state-sponsored travel by its employees to Ohio, based on a 2016 law that imposes penalties on states that California officials deem to be discriminating against lesbian, gay, bisexual, or transgender residents. At issue is Ohio’s new ‘conscience clause’ law, which allows a medical provider to refuse to perform certain procedures, such as gender-transition surgery, if they violate a doctor’s religious or moral beliefs. The Golden State originally passed the 2016 legislation after North Carolina enacted a bill requiring people to use public bathrooms based on their birth gender … California applied its restrictions to states that require transgender athletes to participate in high school sports based on their birth gender.”4

As we have written many times before, two distinct religions are vying for supremacy in the public square: transient and mutable secularism versus eternal and immutable Christianity. These two cannot coexist. One will ultimately collapse due to the elevation of the other.

It’s a simple Civics 101 lesson: In a republic, the ideology, doctrines, and values of one of both are going to reign supreme. When Evangelical and Pro-Life Catholic Christians stay home on Election Day, as they unfortunately so often do, secularists will be elected, whom then turn civil government – the making, enforcement, and adjudication of laws – over to Satan and his servants.5

To survive cultural Marxism’s onslaught, every church in America needs to have a pastor, elder, deacon, or congregant running for local office: school board, city council, county commissioner, parks and recreation, etc… in 2022, 2024, 2026, and thereafter.

Rather than merely going through the motions by feeding slumbering flocks of sheep, American Christendom must develop armies of leaders for battle in the public square. We no longer have the luxury to judge success, as currently appears to be the habit, by the number of followers and campuses, or the size of budgets.6

The standard of measurement should instead be how the culture in general, or more specifically, how one’s own community is doing.

Steven Malanga’s article of what is to come shows the sharp contrast to John Adams’ declaration of what ought to be.