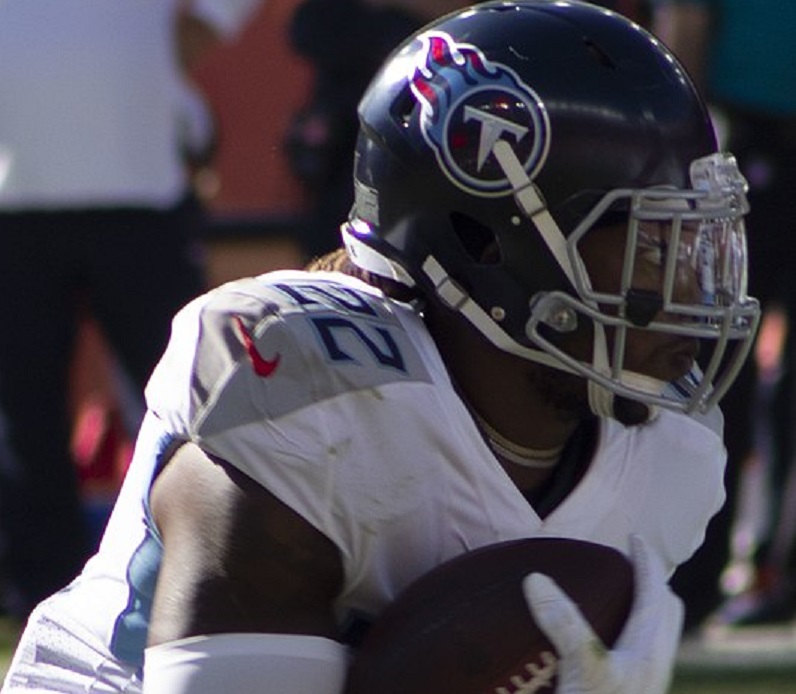 Don’t let Leftist social media shut us out! Sign up for Daily Surge’s daily email blast… it’ll keep you updated on each day’s Daily urge new columns. Go to dailysurge.com and sign up under “Free Newsletter” on the right side of the page, one-third of the way down. It’s easy! And like it says, it’s free!

Surge Summary: There’s lots of sports action across the American board this time of year – and in the midst of it all are the National Football League’s week seven and Pigskin Pundits picks for same.

What a week for sports!  Full football schedule, ice hockey started up, AND BASEBALL IS ROCKING IT WITH THE LEAGUE SERIES CHAMPIONSHIPS!  So much fun to click back and forth between MNF and the ALCS, especially with my Red Sox hitting at a historic pace.  Speaking of historic paces, I went 12-2 this week, which puts my 2021 seasonal average at 73% (68-26), the highest ever for Pigskin Pundit, and ahead of leader Nick Shook at NFL network (71.5%).  So let’s let it rip, here’s the picks.

Broncos at Browns – This looks like Orange Bowl, but is more likely to be the Bench Bowl.  The Broncs got busted in their own barn by a Vegas team in turmoil.  Here come the Browns, fresh off a serious slapdown at home by Arizona.  Both rosters nicked up pretty good. Mayfield should NOT play with that labrum, OBJ and Chubb are doubtful, Hunt is out.  For Denver, Bradley Chubb, Jeudy and Hamler are out.  Mel Gordon might be the biggest offensive weapon on the field for either team.  Von says it’s Miller Time as the Orange Crush crushes the Oranges from Ohio.  Browns fall down in Mile High Town.

Panthers at Giants – Matt Rhule won’t need Onward Christian McCaffrey in the lineup to crush what’s left of the dumpster fire that is the NYG.  Even Giants fans will be watching a different game than this on Sunday.  How the mighty have fallen…Big Blue gets beaten black and blue by Black & Blue.

Jets at Patriots – Ok, some thoughts on Sunday’s Cowboys game before I address the Jets.  Mac Jones can play.  Tough, smart, unflappable, he exudes leadership, and his excellent tools will get better.  He’s not perfect, but 6 games into his first pro season he shows he’s the pick of his QB class.  Second, why the hell is N’Keal Harry STILL around?  He showcased his ineptitude and complete absence of mental connection with the game for the entire league to see Sunday.  Give this guy a paper hat and a drive-up window, and pray that your food order comes out hot and correct.  Worse, Belichick picked him over D.K. Metcalf and A.J. Brown!  As for the Jets…Minutemen maul the muddlers from midtown Manhattan.

Chiefs at Titans – The Titans beat the Bills who beat the Chiefs who beat the Bills in the AFC Championship game.  Who’s on first?  I’m going with DeWreck Henry this week, helping Tennessee control the ball, the clock, the tempo, and the scoreboard. Buffalo was no pushover, and push them over he did this week.  KC’s run D is…not championship caliber, shall we say.  Mahomes can’t throw TD darts from the sidelines.  Tyrann Mathieu gets Badgered by the Runaway Wrecking Ball, as the Tennessee Train gains a full head of steam.  Chiefs need relief, while Henry provides the beef.

WFT at Packers – After Aaron Rodgers informed heckling Bears fans that he still owns them…. he sold them on Ebay for $27.86 plus free shipping!  Speaking of shipping, Green Bay will be shipping the Wandering Snyders back to Capital City in a meat wagon this weekend.  Riverboat Rivera is sinking…. Say ‘Cheese’!

Falcons at Dolphins – Another ho-hum game nobody wants to watch, especially after Miami went all the way to London to lose to Jacksonville.  Flores will land on his feet because he’s a good coach, but he won’t last the season helming this drowning Dolphin team.  Ridley is back with Atlanta, so Ryan has his fave target again.  This week, South Beach surrenders to the Peach.

Bengals at Ravens – Boy, has Action Jackson ever come on as a legit passer in recent weeks.  The better his arm gets, the better his legs will serve him.  This strongly coalescing team faces a Cincy team that is similarly coming together.  Ja’Marr Chase is approaching rookie record-setting status, and Big-Throw Joe continues to progress on a pace with draftmate Justin Herbert.  The big difference this week will be Cincy’s defense, who will not have answers for Jackson.  Maybe nobody does.  Ravens remain atop the division by taming the tigers.

Lions at Rams – Oh my, No!  This is just cruel.  Piling on.  The Try Harder Lyins travel to sunny California for the beating of their lives, as Gofful & Company face the Slam Bam Rams.  The only upside to this beatdown will be Dan Campbell’s copious tears bringing much-needed moisture to the arid confines of LA county.  Jared proves you can’t go home again…

Eagles at Raiders – The Eagles flap into Vegas to try their luck.  Here’s a tip; the house wins.  Lost Wages showed depth of character beating Denver on the road after the week they had.  That’s the sign of a good team, and they should build on that at home this week by beating a team they should beat.  They remain contenders in a very good, tight division, so CARPE AQUILA, Raiders!  Carr drives his new coach to victory lane again.

Texans at Cardinals – Nothing feels like seeing your old lover happy with a new partner.  That’s how Houston will feel as they look at the 6-0 glow on DeAndre Hopkins’ face and see the starry-eyed smile on JJ Watts’ lofty mug.  Love stinks, as the J. Giels Band so aptly put it, especially when it’s over.  Houston, we have a problem.  You are going to crash and burn in the desert.  Abort mission!  I say again, Abort mission! Aaauughh…

Bears at Buccaneers – Chicago is feeling bullish on their new QB, and a pretty good defense.  Everyone not drinking their kool-aid is feeling Bearish on this game, as Brady’s Buccaneers have been hanging bigger pelts than DaBears on their wall for weeks now.  Tompa Bay is efficient in the way they beat opponents, although some of the scores are closer than the actual games were.  Bucs give Bears a bad sunburn and mow down Fields.

Colts at 49ers – Indy finally notched a win after a brutal start.  They face a repaired Garoppolo & Company in Pelosiland Park this week.  With Kittle, Mostert and Robbie ’24-Carat’ Gould out, this could be an even matchup.  Wentz looked good last week, and Jonathan Taylor lugged the pig well, although Parris ‘Island’ Campbell is out.  Nick Bosa’s resume lists ‘game-changer’ among his job qualifications, and this week he will probably be the difference.  No ringers for the Horseshoes, as Niners are finer.

Saints at Seahawks – The Saints arrive in Seattle rested, while the Squawks are spiraling downward ever faster on broken wings.  No defense against Alvin Kamara will open things up for Winston’s air show, no protection for Geno, not much ground game to help keep that horrible Seahawk defense on the sidelines, all spell another disaster for Pete Carroll’s team.  Even if a healthy Russell was playing Monday night, I still like the Saints to go marching in here.  Seahawks turn in a turkey, as Payton places higher in the standings.