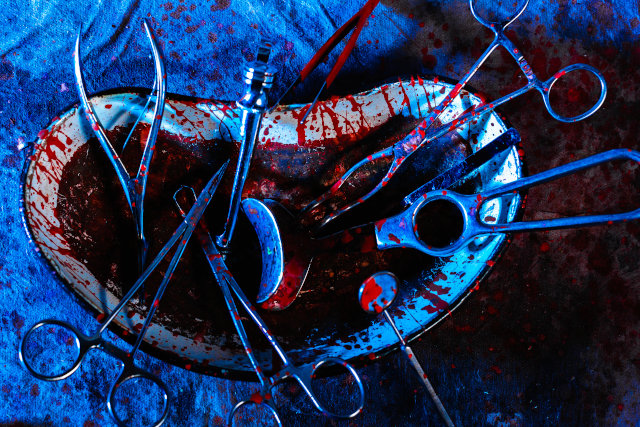 (TeaParty.org Exclusive) – John-Henry Westen, editor-in-chief for LifeSite News, recently sat down with Robert F. Kennedy Jr. for an interview about his new book, The Real Anthony Fauci: Bill Gates, Big Pharma, and the Global War on Democracy and Public Health.

Which you just know is probably going to have a whole lot of disturbing, but juicy tidbits that expose just how awful and sickening Fauci is as a person. If you can even consider him one of those after the puppy videos came out.

According to Infowars, Westen, thinking back on the interview, wrote, “Among other things, Kennedy, who runs the non-profit Children’s Health Defense, told me that one of the projects Fauci supported involved the cutting off the scalp of aborted babies and then grafting them onto rats. He also said that Fauci performed barbaric experiments on children and pregnant women, and that he ‘almost always tried to do his experiments on black and Hispanic people.’”

Kennedy then went on to call the current White House medical adviser “extremely sadistic” and stated that every accusation that’s made in his book was corroborated by an entire team of fact-checkers.

Fauci, who has become something of an attention hog over the last year, will no doubt be super angry to see that his reputation is being destroyed by the truth about his disturbing dark side being revealed for the public to see.

What’s done in the dark will be dragged into the light.

“When Westen asked RFK Jr. to share the most important thing people should learn from the book, he explained that the global elite have been “planning” this “coup d’état” using a pre-planned “pandemic” for years now,” the report said.

The revelations contained in Kennedy’s book are similar to several recent stories that have come out about Fauci.

“First, a report earlier this week published by The Hill exposed Fauci’s NIH division spending $375,800 in Tunisia to drug beagles and lock their heads in mesh cages filled with hungry sand flies so that the insects could eat the dogs alive,” Infowars stated in its report.

“They also locked beagles alone in cages in the desert overnight for nine consecutive nights to use them as bait to attract infectious sand flies,” a nonprofit called the White Coat Waste Project wrote in a piece about Fauci.

As it turns out, Fauci’s NIH has not only been involved in the torture of dogs and puppies, but they also conducted a number of AIDS studies back in the 1980s that actually resulted in the deaths of several foster children. The man is pure evil, folks.

“The sometimes-lethal experiments were covered in an Associated Press article by former reporter John Solomon, who documented how the government went about seeking ‘mostly poor or minority children’ to be exposed to ‘medical research and drugs that were known to have serious side effects in adults and for which the safety for children was unknown,’” a piece written by Infowars writer Adan Salazar.

The American people absolutely deserve to know the truth about Fauci, the man who has been the root for all of the measures taken during the coronavirus that has led to our loss of liberty and the horrible economic conditions we face now.

Fortunately, there are still folks with massive platforms that have power to take on people like Fauci and hold them accountable. People like Joe Rogan for instance.

“Podcast giant Joe Rogan is set to take Dr. Anthony Fauci to task over his link to disgusting NIH-funded experiments performed on beagle puppies that were locked in cages and infected with disease-causing parasites,” Infowars reported.

“Over the weekend, Rogan tweeted out a link to an article explaining how legislators are demanding a response from Fauci on the ‘cruel’ experiments,” the report continued.

Let’s hope he roasts him on both sides.