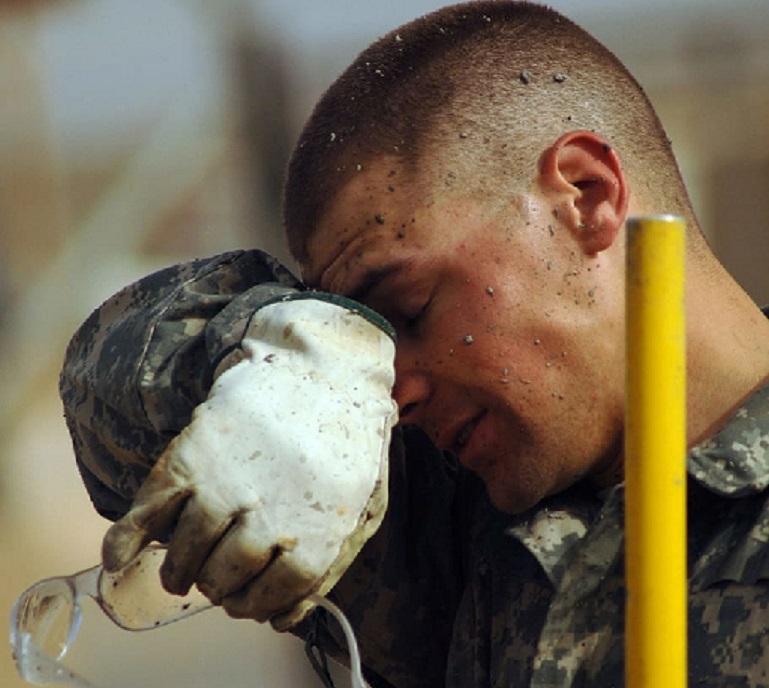 Surge Summary: No doubt, Tuesday election results ought to encourage conservatives. But they are also a call for Liberty-lovers, constitutionalists and Christians to press on, stay involved, push elected officials to do what is right. There is no room to back down if we want America to be saved.

In America Wednesday morning November 3, Republicans and constitutional conservatives (no, they’re not automatically the same thing) had reason to greet the day with a sliver of hope: The governorship of Virginia transferred to the GOP contestant? Old Dominion’s Lt. Governor post snagged by the incandescent Winsome Sears — female, former Marine, immigrant, black? Its State Legislature similarly handed over to a GOP majority? New Jersey’s race for its top executive office? Fuggedabotit! The Republican candidate in that race garnered tallies nowhere expected in Garden State precincts. Minnesota ballot casters — proving most of them are, at least, non-insane — handing the cop-haters a well-deserved drubbing, shooting down the demented “defund the police” obscenity? GOP horses making gains in state legislatures  from Texas to Long Island (yes, New York!).

By all means, Republicans of every stripe — Trumpists, Establishment/My-Party-Right-or-Wrong Players, members of the “Christian Right”, Libertarian-leaning and Wall Street types — have reason to be encouraged this week. Definitely raise a shout, pitch a handful of confetti into the air, enjoy the moment.

But remember: it’s only a moment …

For those who’ve forgotten, we’ve been here before — more than once recently. We’ve been served seismic realignments of the electoral status quo toward a more sanguine, traditionally conservative direction. And we’ve then seen the air go out of our partisan tires rather quickly as operatives we toasted in the flush of victory have slinked back into don’t-rock-the-boat, business-as-usual mode.

Recall a mere generation back — 1995 specifically — when the tingly “Republican Revolution” exploded on the national landscape. GOP horripilation briefly became the order of the day after Newt Gingrich and Co. stormed that campaign season’s beaches and, along with Grand Old Party efforts on the Senate side, gained for their party control of both congressional  chambers for just the second time in over sixty years. It wasn’t long, alas, before the legislative shine of Speaker Gingrich faded rather ignominiously along with that of his like-minded confreres.

How about 2010’s  startling mid-terms? Republicans picked up a net total of sixty-three House seats, prying back control of that chamber. For Barack Obama’s side it became, to cite the then-overused term, a “shellacking”:  the highest loss of congressional representatives in a midterm election since 1938; and the largest House swing since 1948. GOP aspirants also took control of 29 of 50 state governorships. They won nearly seven-hundred seats in state legislatures, totaling the most since the elections of 1928. Republicans, moreover, attained majorities in dozens of state legislative chambers.

And the United States proceeded forthwith to be transformed into a limited-government, Constitution-honoring, low-taxing, low-spending Xanadu, right? Right?

Hundreds of thousands of legally authorized abortions multiply annually. Real marriage is now, officially, counterfeited in its same-sex distortion. LGBTQ/Gender daffiness expandingly dominates the Republic’s culture as never before.  Government expenditures? The 5th Dimension must have foreseen the present situation: Washington spending is “Up Up and Away”! Team Biden is doltishly — and expensively — muffing national energy policy. The situation on the country’s southern border? As surreally anarchic as ever; or worse. America’s bedrock ideal of Liberty? Arguably more imperiled in the past couple years than in any previous era, with Covid-warped federal and state officials dictating if citizens can drive to work, open the doors of their businesses, eat at a restaurant, visit family members or go to church.

All of the aforesaid has persisted or developed after supposed red waves crashed over the apparatus of U.S. government … and, to be frank, after four years of another Republican president who, we were assured, was going to “drain the swamp” and whip the nation back into common sense shape. Point of fact, he ran for the position smirkingly guaranteeing it was all going to be so easy!

Thus, with Tuesday’s contests, the party of Lincoln, Reagan and Trump has yet another opportunity to forge meaningful and lasting change.

But it’s only an opportunity. Nothing can be assumed.

Meaningful, durable change can be ushered in — if, if, if those pols who putatively esteem America’s founding principles follow through by stubbornly, energetically applying them; challenging Progressive radicals’ dangerous fantasies on every front. The alternative is to settle for yet another transitory rearranging off the political furniture; flashy but ultimately futile. Meaningful, durable change can happen if the same voters who made possible the unlikely victories of Glen Younkin, Winsome Sears, et al demand — demand! — those elected to stanch statist goofiness and steer the land back toward her sensible, godly roots follow up with beefy and unflagging efforts to make it so.

Not to be the rain cloud on Republicans’ sunny day, but they’d do well noting: Yes, Terry McAuliffe fell short in the Virginia race — but barely; by a little over two percentage points. America’s economy is reeling, inflation is rampaging, violent crime is roaring. Afghanistan, for crying out loud! Democratic Joe Biden is nothing less than an international embarrassment. Additionally — and let’s be straightforward — McAuliffe is a dreadful candidate.

All that said: the Democrat in Virginia was hardly blown out. He landed, thankfully, on defeat — but within spitting distance of the opposite result.

Plainly, there remains a capacious pool of voters who are more than ready to clamor for reversal of everything decent that occurred on Tuesday; and not a few politicians more than ready to accommodate them. Does anyone think these are going to throw up their mitts and simply go away? All because of one discouraging handful of setbacks? History urges us not to throw the dice on that scenario.

Nope, there’s a lot more informed, right-thinking voting to be done. Uncountable missives — letters, emails, texts — and phone will have to be directed  toward lawmakers and entrenched bureaucrats. There continue to be passels of cancerous office holders to be forced out of their berth by God-fearing, clear-headed individuals who challenge them. Of course, Americans who are convinced the way of Biden, Ocasio-Cortez and MacAuliffe is exactly the tonic to address what ails their country must be civilly but firmly engaged, persuaded to settle on another path. And indispensable: Prayer, prayer, prayer! God, rescue our land! We humble ourselves before You! Shed Your grace on us!

As talk-host Steve Deace put it lately, “The vote is the first step of vigilance, not the final one .. Oh, it’s a massive, glorious step, but it’s still just a step”. “We the people”, he added, have a task before us: “[C]ompel [Youngkin] and Republicans to now act [according]” to the issues and promises that earned them the “W”.

Since I’ve already referenced one top 40 number, let’s make it a duo: Glenn Frey’s mid-1980s hit “The Heat Is On”. That’s the ticket for liberty-lovers in the near and distant future: Focus the pressure — the heat — on those Republicans put in power earlier this week; on those claiming to be on our side who’ve been occupying aeries of power but haven’t done much to advance the cause; and on those who’ve already stepped up for constitutional, salutary, Judeo-Christian values but need to keep doing even more.

Tuesday’s elections? Yay! Huzzah! Okay, that’s out of our system. Let’s get back to work.

Tuesday’s elections? Yay! Huzzah! Now, that’s out of our system. Let’s get back to work.