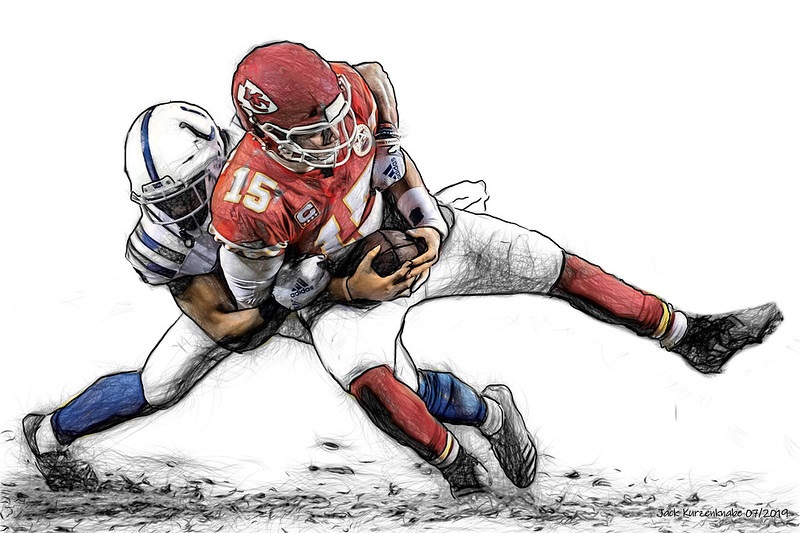 Surge Summary: Inconsistency has been the name of the game for the NFL these past few weeks. Will week eleven turn that around. Here are Pigskin Pundit’s picks for what’s next.

The inconsistency of the NFL continues apace last week, and the Halloween Hangover seems harder to get rid of than Michael Myers.  Did anyone predict WFT throttling Tompa Bay?  That Brady post-game interview was the shortest, most tense one since Bill Belichick was asked about Spygate.  How about Miami freezing the Ravens?   At this point in the season, I’m looking for ANY kind of consistency week to week.  Cam Newton returned, and after being handed two scoring opportunities from inside the 5-yard line which he converted, he cost his team 15 penalty yards for showboating, as if he was the sole reason Carolina won.  PJ Walker and Christian McCaffrey did all the offensive work.  Let’s see Cam drive the team downfield, if he can.  Speaking of driving, I’m going backwards faster than the national economy, after a horrible 6-8 week.  Well, let’s give it one more try.  Here’s the picks.

Patriots at Falcons – The one bright spot lately for me has been the consistency of my team, as they seem to improve steadily a little each week, the hallmark of a Belichick team.  I’m not drunk on the Browns win, as that team was without their potent backfield.  What I am high on is how our offense took control of the game against a top defense.  If the Pats stay the course on a short week, they’ll win in Atlanta whether Patterson plays or not.  Musket men hand Arthur a Blank.

Saints at Eagles – So the Eagles soared into Thin Air Arena last week and put a beating on a lackluster Broncos club coming off a Dallas victory hangover.  The Saints played Tennessee to the wire, before flubbing a game they could have taken.  Siemian certainly put the ball downfield, so the Whodats aren’t headless.  Will Kenneth Gainwell with his carries for Philly, or will Alvin Kamara carve the Eagles like roasted turkeys?  In a tight fight, Saints see the light.

Dolphins at Jets – The Dolphins leapt over Faltermore last week, getting Le’Veon Bell fired and bottling up Lamar the Star by taking a page out of Cincy’s playbook.  Unlike Peter Gibbons from Initech, Tua responded to Bill Lumberg’s request to ‘come in on Sunday because we’ve lost some people and need to catch up’, and finished off a strong Miami showing with a rushing td of his own.  That’ll get him the Employee of the Month parking spot for sure.  The Dolphins are better than their record and the Jets aren’t.  Flying Fish school the flightless Jets.

WFT at Panthers – Carolina has Rootin Tootin Newton back in the fold, and honestly, even Cam is an upgrade over the league’s most expensive backup, Darn Old Darnold.  Like Josh Rosen, I think we know a bust when we see one.  The Waffletoppers, as I call Washington, shocked Tampa again last week, but they are without Young and Sweat this week, and that bodes well for McCaffrey, Newton and the Panthers.  Matt Rhules the roost while Returning Ron Rivera gets goosed.

Colts at Bills – Indy is surging with 4 straight wins, and looks like a team about to make a hard run at the playoffs.  Trouble is that run from .500 begins in Buffalo, and the Bills are coming due.  Look for McDermott’s team to reduce the linear progression of Jonathan Taylor, forcing Wentz to throw more.  This should open up pickoff opportunities for Buffalo’s ball hawks, resulting in costly turnovers.  The stampede stops in Orchard Park, as the Bills buffalo the Colts.

Lions at Browns – The Cryins come into Cleveland as the most unlucky team maybe ever.  Last week, they couldn’t beat a Steelers team missing the starting QB and best wideouts (Claypool & Schuster) even in OT, and settled for that most odious of NFL outcomes, the tie.  If you hated ties when you worked at the office, these are even more detested.  Banged-up Baker probably won’t play this week, but the Browns are still so much better than the Cryins.  Tears continue to flow for the gang that couldn’t shoot straight.  The rust belt adds a pelt as the Lyins melt.

49ers at Jaguars – Both Jags an Niners have shown signs of life recently, against better teams.  Jacksonville stifled the mighty Bills two weeks ago, and Frisco handed the Rams a loss last week.  If the Niners can play similar this week, they ought to knock the spots off the Jaguars.  This season, that’s a guess, not a lock.  I’ll throw in with Kyle ‘The Man’ Shanahan over Urban ‘Blight’ Myer this week, as the Cats get rolled by the Gold.

Texans at Titans – Once upon a time, this was a good matchup.  Seems like a lifetime ago now.  Sad times for Houston, and no end in sight.  Titans extend their AFC lead while the Texans play for the top draft pick.

Ravens at Bears – What’s more dangerous than a cornered bear?  A rebounding Raven!  I wouldn’t be Chicago for anything this week, as Baltimore looks to erase the memory of a bad loss in Miami by beating the snot out of the next opponent on the schedule.  DaBears do have a pass rush, but they haven’t brought the kind of sustained pressure that is needed to suffocate Action Jackson.  Ravens say ‘Alas’ to the team of Halas.

Bengals at Raiders – This game determines who’s a shaker and who’s a faker.  Both clubs need to rebound from painful losses.  Burrow leads the NFL in yards per completion, and if Joe is Mixon it up in the backfield, they have a potent offense.  Cincy’s D, which surprised earlier this year with their tenacity, has fallen back to their old mediocrity.  Vegas’ D couldn’t slow down the Chiefs as Li’l Paddy Mahomes got his mojo back last week.  It’s unlikely that what happened in Vegas will stay in Vegas, as KC took over the division with that win.  In a roll of the dice, Big Throw Burrow plays the better one-arm bandit this week.  Jackpot, Bengals.

Cardinals at Seahawks – Like the Bears, Seattle is in for a rebound beating this week, if Murray and D-Hop are both back.  Bobby Wagner is a one-man defensive front, but the Cards at full strength are overwhelming for Seattle’s porous defense.  Arizona is looking to not lose two in a row, as the Rams will be looking to make up ground.  My gut tells me Connor is a goner when he gets the ball, and Murray’s in a hurry to put up points.  This week Seattle is dealt the Cards, and they fold.

Cowboys at Chiefs – Here’s the Pick Em of the week.  #1 offense against the #2 offense.  Two superb slingers, two sets of elite receivers, a real mash-up of playoff contenders.  We always say that defense wins championships, and if this is a precursor of the playoffs, then Dallas has a decided edge.  Diggs can lock down Tyreek the Freak, and Dallas can then double on Kelce, forcing Andy Reid to rely more heavily on his run game of McKinnon/Williams/Gore.  I’m going with defense on this one.  Cowboys circle the wagons and defeat the Indians in the age-old classic.

Steelers at Chargers – This game is shrouded in mystery, because of Pittsburgh’s roster.  IF Big Ben, TJ Watt & Minkah Fitzpatrick play, Steelers win.  If not, I like the Bolts.  Mason Rudolph can throw the ball a thousand times at 4 yards per, and not produce a win.  If the bulk of Mike Tomlin’s scoring rests on Najee ‘Franco’ Harris’ shoulder pads, give the home team the win.  Which I will.  Bolts knock the screws out of the Steelers.

Giants at Buccaneers – BAH bum pumm – It’s Monday Night Football, and EVERYBODY plays better on the big stage, right?  Well, the Giants actually have played better of late, improving on defense against some tough opponents.  The Bucs have lost their luster of late, dropping a pair of poor performances to teams they should have beaten, with their bye in between.  This game is bigger than it looks for Tampa, because a 3-game skid leaves a lot of blood in the water for hungry sharks looking to move up in the playoff picture.  NYG are dangerous because they have nothing to lose and would love to be king-topplers.  Bruce Arians can berate his players all he wants, but he’d better have an offensive strategy that doesn’t have Leonard Fournette as the leading receiver like last week’s debacle against the Waffletoppers.  If Tampa loses this one, it IS on Bruce.  ‘The Bucs stop here’, to borrow a phrase.  Brady ain’t done, and Tampa should execute a simple game plan and take a modest win.  Pirates grind the Giants down to size.

The post Will NFL Week Eleven Bring Back Some Consistency to League? Pigskin Pundit Says … appeared first on DailySurge.