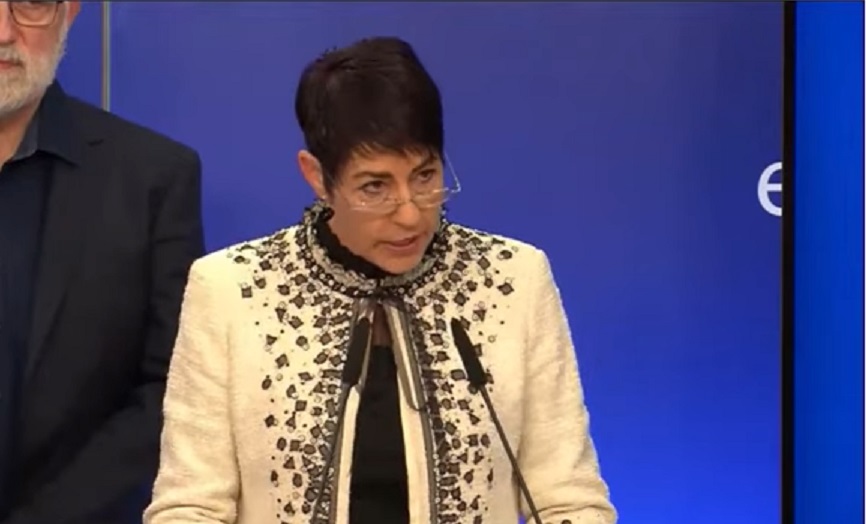 Surge Summary: A conservative-populist Member of the European Parliament and a pastor from Maine remind Americans liberty is vital and skepticism of government is always appropriate. America was actually founded on these principles.

Christine Margarete Anderson [born 1968] is a conservative-populist Member of the European Parliament [MEP]. Her 4-minute speech on European Covid vaccinations failure is highly edifying and enlightening:

“All through Europe, governments have gone to great lengths to get people vaccinated. We were promised the vaccinations [would] be a ‘game changer’ and it will restore our freedom … it turns out none of that is true.

“[The vaccine] does not render you immune, you can still contract the virus and you can still be infectious. The only thing this vaccine did for sure was to spill billions and billions of dollars in the pockets of pharmaceutical companies. I voted against the [EU digital Covid] certificate back in April.

“The minority of MEPs, for whatever reasons unbeknown to me, obviously, support oppression of the people while claiming, shamelessly, to do it for the people’s own good. But it is not the goal that renders the system oppressive, it is always the methods by which the goal is pursued.

“Whenever a government claims to have the people’s interest at heart, YOU NEED TO THINK AGAIN.

“In the entire history of mankind, there has never been a political elite sincerely concerned about the well-being of regular people. What makes any of us think that it is different now?

“If the Age of Enlightenment has brought forth anything, it is certainly this: Never take anything any government tells you at face value. Always question everything any government does or does not do. Always look for ulterior motives and always ask: Cui bono? Who benefits?

“Whenever a political elite pushes an agenda [read Covid-19] this hard, and resort to extortion and manipulation [of science and data] to get their way, you can almost always be sure your benefit is definitely not what they have at heart.

“As far as I am concerned, I will not be vaccinated with anything that has not been properly vetted and tested, and has shown no sound scientific evidence that the benefits outweigh the disease itself and possible long-term side effects, which to this day we don’t know anything about.”

We were skeptical of the pan[ic]demic in March of 2020, likening it to the Gibeonite deception perpetrated on Israel in Joshua Chapter 9 [myemail.constantcontact.com/Which-view-of-coronavirus-is-right-.html?soid=1106253726374&aid=Mpl7aBy2mdQ].

Paraphrasing A.W. Tozer, we held that what God is saying to His Church at any given period depends altogether upon her moral and spiritual condition, and upon the spiritual need of the hour. What we need [now] are those in America with the ability to appraise the religious landscape as viewed from God’s position and to tell us what is actually going on.

For what is ‘going on’ in America is spiritual: two distinct religions are vying for control and supremacy of the public square: eternal and immutable Christianity versus transient and mutable secularism. Both cannot coexist for long, if ever, as one will ultimately go down as a consequence of the elevation of the other.

“This is no time for pastors to be tiptoeing through the tulips. This is a day where threshing is taking place, and we’re finding out who’s who and what’s what … and the men are being separated from the boys.

“I found, however, that I was forced into doing business with the State of Maine, where the governor [Janet Mills] of our state, a tyrant similar to the one that you have, ordered everyone – a free people – ordered them house arrest and called it quarantine … ordered people to poverty in the name of their safety.

“People like her have all of a sudden changed America’s vocabulary. Would you consider that now suddenly, we find ourselves, as Americans, as free people, talking about lockdowns … you cannot be locked down and be free.

“All of a sudden we’re talking mandates, … mandates, and executive orders: When did that become a part of American democracy?

“We cast off those who would announce, ‘By decree of King George, III …’ What is a decree, what is a mandate? It’s just a decree; this whole word game has revealed their agenda. The spirit of the anti-Christ wants the churches weak, locked down, empty, and in ‘compliance’. In compliance like a state church.

“You understand the nation is spiraling down the toilet, it is in fact spiraling down the bowl toward Marxism and totalitarianism, and every single one of us pastors who complies in the name of submitting to government, while denying our Lord, is contributing to the acceleration.

“This whole agenda – [Disclaimer] there’s a virus going round and it’s killed some people – has been happening ever since the fall. This is nothing new, their exaggeration, their lying about the numbers, they can’t figure out ‘dying from Covid’ versus ‘dying with Covid’, because they can translate [that is, utilize] all of that deception into political power … and that’s what they’re doing.

“I was asked by a CNN reporter, ‘You don’t seem to trust the government, what could they have to gain by lying to us?’

“That is what our educational system has produced. I replied, ‘Honey, you don’t understand, distrust of the government, which is made of humans who all are sinful, was part of the DNA of this nation. Clearly, it has been bred out through [religious secularism] education.” www.dropbox.com/s/ocux4mvizb1rsa2/Pastor%20Ken%20Graves_Renewal%20Project%20.mp4?dl=0

We close with Dr. Peter Leithart’s admonition from his excellent 1 & 2 Kings Commentary, “A Christ who does no violence, a Christ who only suffers violence, is not the Christ of the New Testament.”

It’s time for Gideons and Rahabs to stand.