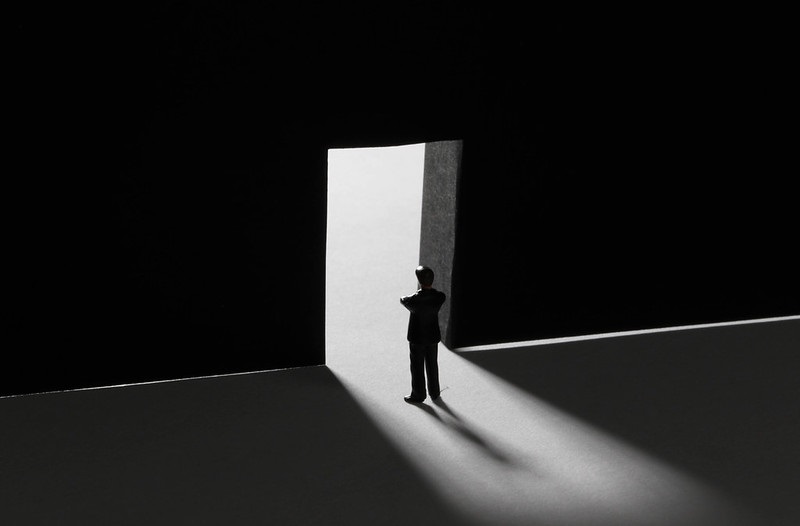 Surge Summary: The American people are facing a ruthless choice: Will they support, or ignore the lies all around them – or will they refuse to put up with the Left’s and government’s deception and expose them for what they are? Their choice will determine the kind of nation the United States is to become.

When the Soviet Union existed – 1917 to 1991 – its hapless citizens resorted to dark humor in the face of constant lies.

Open defiance could land them in the Siberian gulag or a KGB torture chamber in a dank basement near the Kremlin. So they learned to joke among themselves about absurd government claims, such as Pravda insisting that the economy was surging and the collective farms overflowing with food.

Here are a couple of typical Soviet jests:

Q: How does every Russian joke start?

A: By looking over your shoulder.

Q: What is 100 yards long and eats potatoes?

A: A Moscow queue waiting to buy meat.

Most anti-communist jokes were not funny, just sardonic. They reflected the ethos of a beaten-down people frightened by their own government.

By contrast, America’s most innovative satirical website, the Christian-run Babylon Bee, is often quite funny while drawing blood. Every week, they use doctored photos and short, punchy articles to expose the flood of lies and hypocrisy perpetrated by the government/media complex. Their motto is “fake news you can trust.”

This past week, they addressed the 41-month prison sentence given to the most famous defendant in the Jan. 6 riots, Jacob Chansley, known as the “QAnon Shaman” or “Buffalo Hat Guy.”

The Bee’s headline: “Buffalo Guy Wishing He Had Just Burned Down a Car Dealership In Kenosha Instead.”

Text: “Dude, I dunno what I was thinkin’ man,” said Chansley as his hands and feet were bound for the long march back to his cell. “I wish I had just looted a Nike store, or beaten a Trump supporter within an inch of his life, or burned down an entire city block for social justice. Kamala Harris would have bailed me out and a Democrat DA would have dropped all the charges! I was so stupid!”

The brief article ends on a high note, however: “Fortunately, Chansley won’t be alone in prison, as he will have tons of anti-CRT [Critical Race Theory] parents of schoolchildren to keep him company.”

“Fauci Hopes His Experiments On Puppies Will Distract Everyone From Experiments He Performed On Humanity For Past 18 Months.”

This came next: “In New Paw Patrol Episode, Pups To Face Their Greatest Foe Yet: Dr. Fauci.”

It’s a target-rich environment. Here are some of the most egregious lies we’ve been told, in no particular order:

–Attorney General Gordon Merrick denied under oath before the U.S. Senate on Oct. 27 that he sicced the FBI on anti-Critical Race Theory parents (deemed “domestic terrorists” by the leftwing National School Boards Association). But an Oct. 20 memo from the FBI’s counter-terrorism unit obtained by a whistleblower states that Merrick directed them to do exactly that. Resign in disgrace? You are such a child.

–The COVID-19 pandemic was spawned by bat soup. It had nothing to do with the Chinese Communist Party’s military lab in Wuhan that makes coronaviruses more virulent.

–There is no such thing as male or female. All sexual distinctions are social, not biological. On that score, Transportation Secretary Pete Buttigieg will make a fine mom.

–The Trump campaign colluded with Russians in 2016, not the Clinton campaign, which actually did.

–Hunter Biden is just a gosh-darned, wascally wabbit, not a serial sex-and-drug offender and recipient of millions of dollars from Ukrainian and Chinese business deals with other Biden family members. The New York Post, muzzled just before the election, had no business bringing this up.

–Any assertion that the 2020 election had numerous irregularities and anomalies in key states is “baseless,” “false” or “debunked.” The Washington Post and Associated Press have an algorithm that inserts these words in every single article if reporters forget to do so.

Enough lies. Confronting them is everybody’s business, not just professional communicators or the wags at the Bee.

On Feb. 12, 1974, the day he was arrested and then exiled, the great Russian author Aleksandr Solzhenitsyn released an essay, “Live Not by Lies.”

In it, he urged his countrymen to reject the communist regime’s falsehoods and to stand together for truth.

“The more of us set out together, the thicker our ranks, the easier and shorter will this path be for us all!” he wrote. “If we become thousands—they will not cope, they will be unable to touch us. If we will grow to tens of thousands—we will not recognize our country!

“But if we shrink away, then let us cease complaining that someone does not let us draw breath—we do it to ourselves! Let us then cower and hunker down, while our comrades the biologists bring closer the day when our thoughts can be read and our genes altered.

“Our way must be: Never knowingly support lies!

“And as for him who lacks the courage to defend even his own soul …. Let him say to himself plainly: I am cattle, I am a coward, I seek only warmth and to eat my fill.”

Sounds like the musical score for the Babylon Bee.

The post The Choice: Go Along with the Lies … or Laugh at Them, Expose Them appeared first on DailySurge.