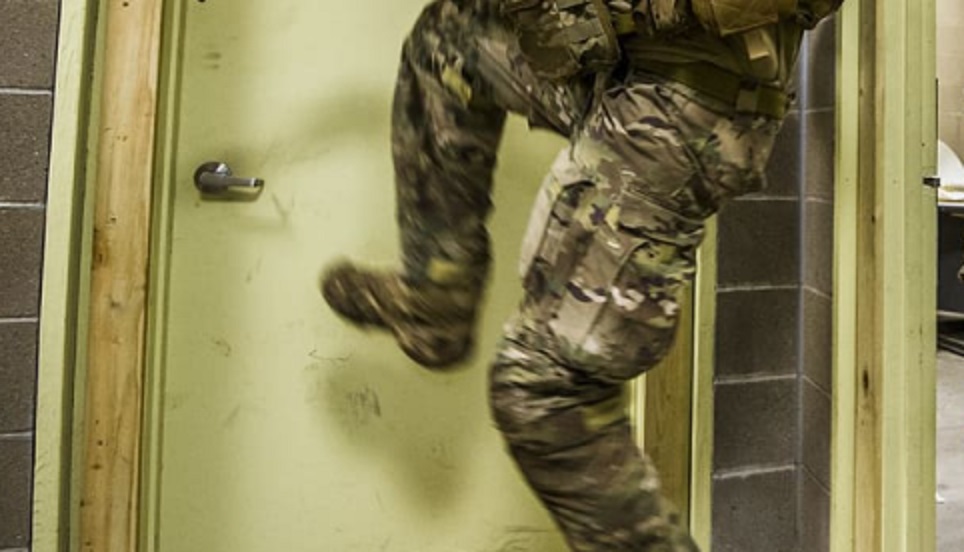 Surge Summary: Because the people of the United States have permitted their government to behave like a thug for a long time now, it is currently threatening them as perhaps never before. Only the response of the voters will determine if this continues or is stopped.

If an armed thug invades your home demanding your bank statements, how would that set with you? What if the thug demands all your medical records preparing to force a wedge between you and your doctor allowing the government to mandate or withhold treatment?

How would you feel if that same thug threatened you with crimes for giving testimony before your local school board? How do you react when called a racist and a white supremacist merely for exercising your Constitution rights as a responsible parent?

Imagine a lawman, acting on a judge’s order, comes to your home at 3:00 a.m. to confiscate your weapons because someone unknown to you filed a complaint questioning your sanity. Imagine you have no right to a hearing or the ability to face your accuser. You are presumed guilty. You are then forced to prove your innocence and spend a year retrieving your property. What is your reaction to all this?

Suppose you go to vote and an election official tells you, according to his records, you already voted. What do you suspect? You notice other irregularities. You report them. You are arrested in the dark of night.

A year after the fact you are informed your daughter was taken from school without notifying you so that she could have an abortion. Your reaction?

Another daughter goes to the bathroom at school and is raped by a boy claiming to be a girl, a boy dressed as a girl demanding access to girls’ bathrooms. Who do you blame?

Your son volunteers for military service and after 10 years of meritorious service he is punished for attempting to file a religious exemption to a dubious vaccine mandate. Once he files the exemption request he is informed he will likely be discharged dishonorably and may face solitary confinement and hefty fines. Where to you seek justice?

Your spouse protests mask mandates in schools and is arrested. BLM/Antifa thugs set fire to multiple cities. Media praises them as “peaceful protesters.” Police turn a blind eye. What recourse do you have?

When vaccine passports turn into social credit access cards dictating travel, governing permission to buy or sell, will you regret your failure to resist?

The U.S. government has become Thug Central. Our Revolutionary War was fought to throw off the thug, and keep him off. By our Vote and our Voice we must throw off the thug once again because we appeased him over and over, allowing him to kick in our doors as a way of life.

The post Americans Have Tolerated Gov’t Abuse for a Long Time … Now It’s Kicking in Their Doors … appeared first on DailySurge.