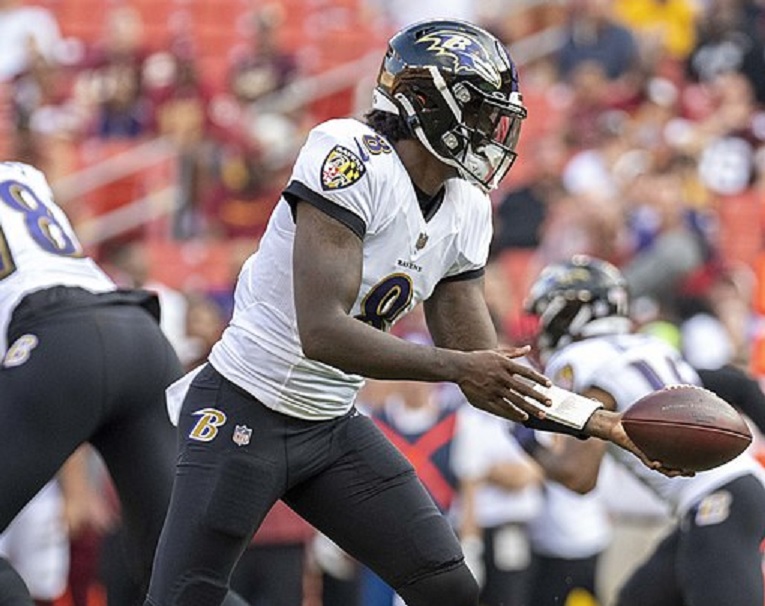 Surge Summary: Who will end up the ‘Turkies’ in this Thanksgiving Weekend National Football League games? Pigskin Pundit offers his picks.

Well, Happy Thanksgiving to one and all, and let’s remember to be thankful for all we have, despite the current climate in our country.  This week’s games will reveal who some of the turkeys in the league are, as well as which teams will be ‘left-over’ and which will get mashed and have the stuffing beat out of them.  It’s all gravy from here!
I had a better-but-not-great week at 9-6, and am holding at 65%.  Here’s the picks.

Bears at Lions – A bear and a lion walk into a bar….and Matt Nagy gets fired, regardless.  This meaningless matchup of jungle beasts will be the 900th time NFL fans are saddled with the stupid Lions on pro football’s biggest day of the year.  This game could curdle gravy, but someone has to win… or not, now that I think of Detroit’s tie with Pittsburgh.  The Red Rifle shoots down the toothless Cryins, as the rest of the world gives thanks they aren’t from Detroit.

Raiders at Cowboys – A get-right game for Dallas, who had their turkey last week in KC.  The only way this game will be close is if Lost Wages runs Kenyon Drake and Josh Jacobs down the Cowboys’ throat all game, as they have had trouble with stampedes this season.  Still, the Raiders have the weak odds here.  Rustlers repel the ragged Raiders rapaciously.

Bills at Saints – Buffalo is one of those teams that will either be a turkey or staying for dessert after this game.  They got OBLITERATED at home by Jonathan Taylor last week, exposed badly and fell out of first place in the AFC East.  And Carson Wentz had a garbage game, to boot!  Fakers or shakers, this game matters.  If Kamara plays, they’ll have their hands full, and the Lattimore-Diggs matchup will be epic.  Still, give McDermott the edge with the league’s best pass defense against Trevor Siemian, who can’t pass the cranberry sauce without mishap.  Bills get the long end of the wishbone.

Buccaneers at Colts – Tompa Bay races into Indianapolis this week, after shaking all the dimes out of Danny Jones’ pocket.  Indy’s Jonathan Taylor had a career day against Buffalo’s #1 defense, and if he isn’t exhausted from scoring all those td’s (5), he may have enough horsepower left to dent the Bucs’ defense a bit, too.  Indy’s O-line is good, and their D is stingy, suffocating the Bills last week.  I’m still not a believer in Carson Wentz being able to generate offense through the air against tough teams like Tampa.  As always, Gronk is a matchup nightmare.  Drumstick goes to the Buccaneers this week.

Jets at Texans – Two 2-8’s face off, and the only thing that makes this game interesting is what Houston did to AFC leader Tennessee last week, picking off Tannehill 4 times on route to an improbable win.  Nobody in the universe knows if they can do that again, but they are home, it’s the Jets and it’s a meaningless pick em.  Houston dines on wing meat, leaving the Jets flightless.

Eagles at Giants – The Giants are like Aunt Matilda on Thanksgiving Day, in that they just won’t go away.  Not a great team, but they are scrappy and stubborn, which are regrettable traits in Aunt Matilda but great for an NFL team trying to return to respectability.  Philly seems to have found a way forward somewhat, with a groundpound offense that isn’t easy to derail, and a nasty pass rush and Big Play Slay patrolling the secondary.  The Eagles may not be quite ready to soar at this point, but they’re no turkey waiting to get gobbled.  Philly makes it chilly while they devour the Big Apple’s pie.

Panthers at Dolphins – Another ‘turkey goes home’ game.  Miami has shown flashes of excellence on both sides of the ball of late.  Tua can sling it some…when he has time.  The Panthers excel at denying throwing time, which will factor in the outcome.  Cam ‘Look At Me’ Newton is back as starter in Carolina, and while he still can’t convert 3rd downs, he does add dimension to their offense that compliments CMC.  The Panthers simply have too many weapons for Miami to stop.  No dessert for the Dolphins, while Carolina rolls.

Titans at Patriots – Epic matchup of the week, right here.  Let’s call last week’s Titans’ loss what it was, an outlier.  Still, they have had their engine removed and sent to the shop for repairs (Henry), and while Tannehill is a good QB, he has never been viewed as a great QB.  Demolitionist Jeffrey Simmons is starting to blow up opposing offenses regularly, and the Titans’ secondary has ‘Titaned-up’ nicely in recent weeks.  The Patriots have quietly and steadily improved this season into one of the premier defenses in the league, complimented by a well-balanced offense and crack special teams.  After crushing Cleveland and Atlanta the last two weeks, this is now the team nobody wants to play.  Except Mike Vrabel, who blanches at no opponent, ever.  He’s cagey-smart, and he fires up his team.  In a tight-fought tussle for the last piece of pumpkin pie, the Patriots proceed on their proud Pilgrimage to playoff positioning.

Steelers at Bengals – Smashmouth football in the heartland, as the entire division of over .500 teams plays each other this week.  This division is Rozelle’s dream, and this game should be tight.  Pittsburgh is trying to keep playoff hopes alive without TJ Watt.  Cincy is trying to keep playoff hopes alive, period.  The game changer here is which defense shows up for the Bengals.  If they aren’t focused by now, they will need to make personnel changes.  I feel this is another of those ‘turkey goes home’ games, not mathematically but mentally.  If I have to pick a team that is mentally tougher, it’s Tomlin’s team.  Steelers tenderize the Tigers.

Falcons at Jaguars – Atlanta flaps into Jacksonville in a ‘don’t matter’ game, as the likelihood of a Falcons playoff run has about flamed out.  It’s ironic that these are two very good quarterbacks struggling on two very weak teams, trying to find the positives in a painful season.  I’ll limit the pain by keeping this short; Falcons flense the Florida felines.

Chargers at Broncos – Turkey game, as the winner stays legit and the loser gets stuffed.  If the Chargers lose this game, they prove they aren’t ready.  Denver is no powerhouse, but just the kind of tough, gritty opponent you have to beat regularly if you are playoff-bound.  The Bolts have the weapons, and they all need to show up.  As Dr. Dealgood said in Beyond Thunderdome, “Ladies and gentlemen, boys and girls…it’s dyin’ time.”  Bolts go for seconds, while the Broncos dine at the kids’ table.

Rams at Packers – This is the other epic matchup Thanksgiving week.  Two powerhouses go at it when LaLa lands at Lambeau.  The LA Yams want to improve their playoff picture, and the Pack may be secure but are reeling from a tough loss to Minnesota last week and want to wash that bad taste out of their mouths.  Green Bay is always so tough at home, but missing Za’Darius Smith and Tonyan hurts this week, as does Rodgers’ toe.  LA is missing Robert Woods.  In a tussle for the last piece of pie, the Yams are sweeter.

Vikings at Niners – Like choosing between ‘dressing’ or stuffing, this is a pick em.  The Vikes outlasted the Packers in a divisional rumble last week, and the Niners have been playing better at the right time.  Two good running games, two good aerial attacks, Niners are significantly better on defense, but Cousins has the ability to really air it out when the situation demands, whereas Garoppolo seems more cautious.  This one is so close I am going on just one deciding factor – that Niners defense.  This is when they will shine or decline, in a game that means a lot to both teams’ playoff hopes.  Niners put squash on the Vikings’ post season.

Browns at Ravens – The recipe book is out for beating Baltimore.  Pressure-cook Action Jackson, and he wilts.  Cleveland can certainly get after a QB, with that fearsome rush.  Hunt and Conklin are due back as well, bolstering Mayfield’s weapons cache.  Harbaugh’s Harbingers can get after the passer too, and Mayfield is likely to feel the hot breath of malicious intent pursuing him throughout.  Chubb’s engine is hitting on all cylinders like a 351 Cleveland, so the addition of Hunt means Raven tacklers are going to have even more to grapple with.  Baltimore is a deep character team that has weathered a hellish amount of injury adversity this season, but it is wearing on them.  They get Brandon Williams and Hollywood Brown back this week, but is it enough in this acrimonious divisional scrum?  A better Browns backfield opens up more passing opportunities, leaving the Ravens with too much table and not enough tablecloth to cover it all.  Turkeys aren’t the only birds to get roasted this week, as Cleveland Browns the Ravens.  Gravy?

Seahawks at WFT – A tale of two Washingtons…Pete Carroll’s Squawks are trying to get back to playing football, but each week they seem to just miss.  The Waffletoppers on the other hand are taking it to some good teams and beating them, with scrappy defense and scrappy offense.  Hey, that’s what Daniel Snyder can call them – the Scrappers!  Anyway, Terry McLaurin is a real superstar receiver and Antonio Gibson is proving to be a true first-tier running back.  Taylor ‘Heineken’ Heinicke continues to make the world forget Fitzmagic as he claims the signal caller job.  Seattle just hasn’t fixed their many problems yet, while WFT is gunning for a playoff berth.  Rinse and repeat this week.  The Scrappers eat the Squawks for dessert.  Who wants coffee?

A blessed Thanksgiving to you all, and enjoy the games!