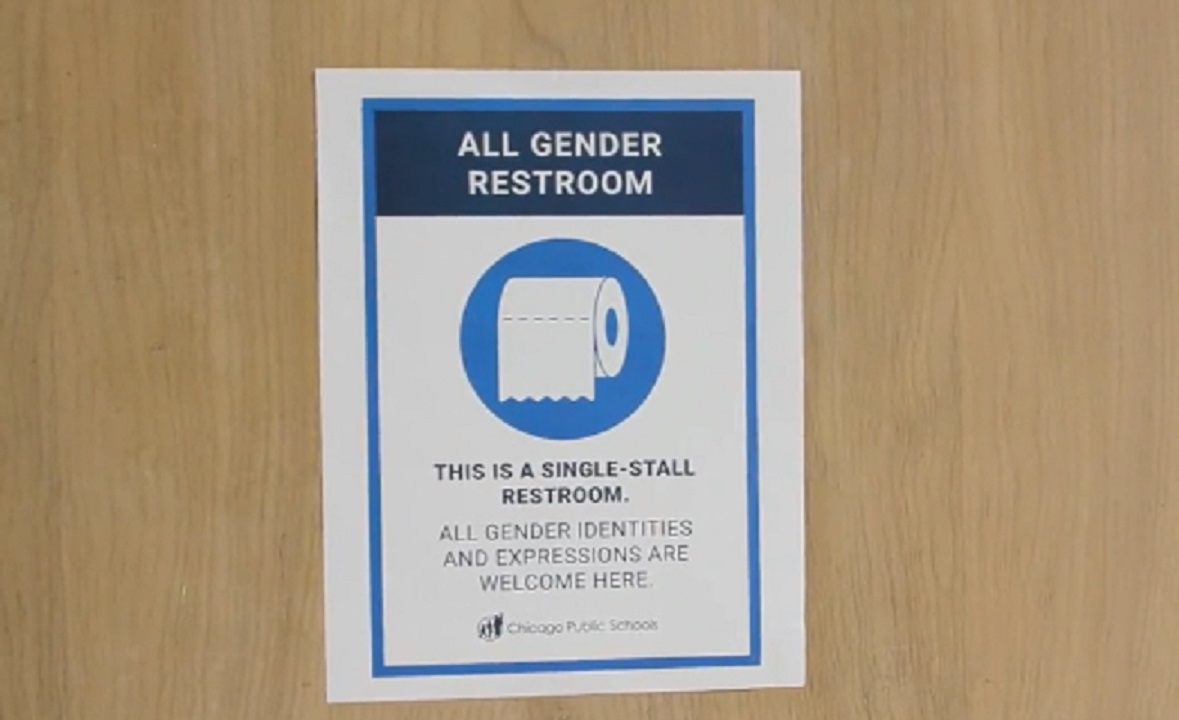 Surge Summary: The Chicago Public School system’s recent decision to eliminate all “gender” distinctions from its public restrooms shouldn’t surprise anyone: LGBTQ  nonsense has been moving in this direction for years.

In the latest development in gender insanity, Chicago public schools will now make all restrooms open to everyone.

In what it calls “a big step forward for gender equity,” the Chicago School System Tweeted: “We’re requiring all schools to adopt new signage informing students and staff that whether they’re male or female, they can use the restrooms that align with their gender identity or where they feel comfortable.”

Ruth Institute President Dr. Jennifer Roback Morse, Ph.D., said, “Students must no longer claim to identify with the opposite sex to use their bathrooms. They can just go wherever they feel ‘comfortable.’ This is the end game of the Gender Ideology: the complete elimination of the terms ‘male’ and ‘female’ from law and social practice.”

Morse continued: “I have been saying this since before the Obergefell decision. People thought ‘gay marriage’ was about fairness and inclusiveness. But once the Supreme Court declared the sex of the body to be irrelevant to marriage, governments across the country systematically removed ‘husband’ and ‘wife’ from marriage licenses, in favor of the gender-neutral ‘spouse’ or ‘partner.’ States removed ‘mother’ and ‘father’ from birth certificates and family law and replaced them with generic ‘parents.’”

“So now the schools are eliminating ‘boys’ and ‘girls’ from restroom doors in the name of ‘fairness’ and ‘inclusiveness.’ Who can be surprised?”

“The result is another assault on modesty and giving girls more of a chance to be raped in ‘gender-inclusive’ restrooms. When that happened this year at a school in Loudoun County, Virginia, it sparked a parent revolt.”

Morse concluded: “Please understand, the ideologues are not finished. They will not stop until they have removed every reference to the sex of the body from the law, and from every social institution, no matter who it hurts.”