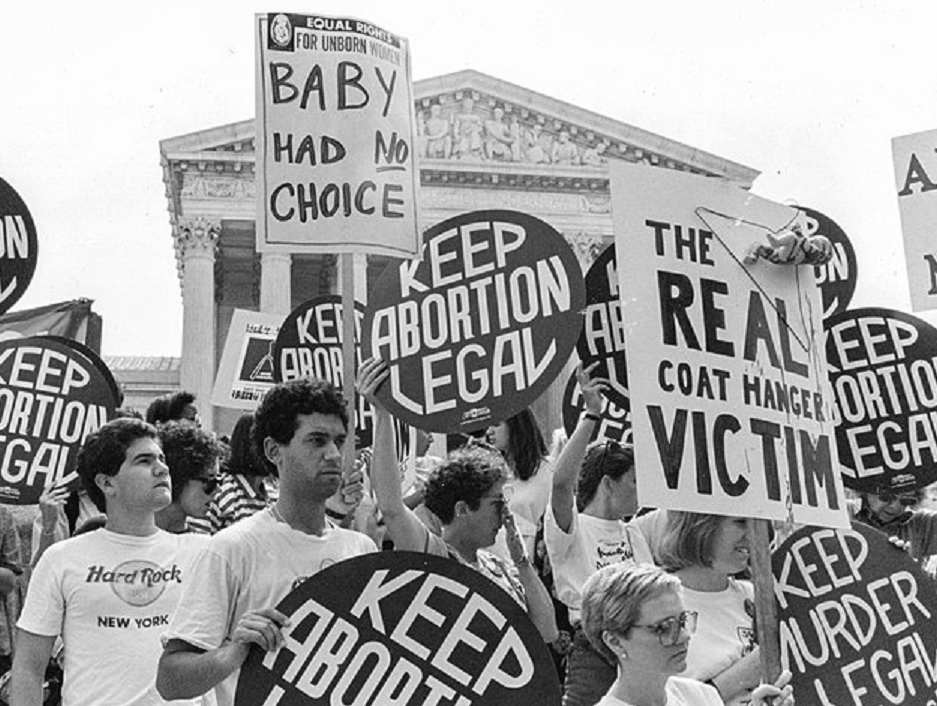 Surge Summary: As the U.S. Supreme Court considers a potentially transformative abortion case, many questions arise as to what the American people actually think about abortion; how, if at all, the Constitution legitimizes the act; and whether the High Court is bound to defend abortion just because a previous Court did so.

Last week the Supreme Court heard an abortion case out of Mississippi, Dobbs v. Jackson Women’s Health Organization. It would appear to be the most serious challenge to Roe v. Wade in three decades.

An interesting aspect of this story is this: How do the American people feel about this case?

Yahoo News (12/1/21) claims that only 24% of Americans want to see Roe overturned. They write: “As the Supreme Court’s 6-3 conservative majority seems poised to uphold a Mississippi law that bans abortions after 15 weeks of pregnancy, more than twice as many Americans (55 percent) say they want the court to reaffirm its landmark 1973 Roe v. Wade decision as say they want it overturned (24 percent), according to a new Yahoo News/YouGov poll.”

However, they add the caveat, “when asked about the specifics of the Mississippi case, respondents are far more divided—a sign that America’s views on abortion are not quite as clear-cut and polarized as many assume.”

Meanwhile, Tony Perkins, president of the Family Research Council, has a different take on where Americans stand on abortion and this challenge to Roe.

Perkins says of the notion that the public does not want to see Roe overturned that the corporate media confuses “the public’s support for legal abortion with the Left’s agenda: unlimited, taxpayer-funded destruction of an unborn child for any reason through all nine months of pregnancy. Roe may have condoned that. The American people—almost every poll agrees—will not.”

He adds: “Ask the AP. Ask Gallup. Ask YouGov. Ask Harvard. Ask Marist. There isn’t a majority anywhere in the country in favor of the kind of barbarism that Democrats want to make permanent law. Only eight percent of Americans can bring themselves to support abortion through nine months of pregnancy.”

When it comes to polling on abortion, I think the wisdom of the late George Gallup, Jr. applies here. I had the privilege of interviewing him in his Princeton, NJ office in the late 1990s.

How important is public opinion anyway? In his End of Day (12/3/21) Gary Bauer writes: “Liberal justices have never cared about public opinion. They have never hesitated to use the Supreme Court to force radical change on the American people, whether it was expelling God from our public schools, finding a right to abortion that was mysteriously hidden for 200 years or redefining the meaning of marriage—another right that never existed until five liberals invented it.”

And that points sums up one of the conservative cases against Roe in the first place. It has nothing to do, really, with the U.S. Constitution. The left imposed their will on the American people through judicial fiat.

Last week in the oral arguments before the high court, Justice Clarence Thomas said as much.

Pro-abortion Justice Sonia Sotomayor likened a fetus to a brain dead person, arguing: “Virtually every state defines a brain death as death….So I don’t think that a response to [stimulus] by a fetus necessarily proves that there‘s a sensation of pain or that there’s consciousness.”

Of course, many medical doctors don’t agree with her view on that. The fetus (which is derived from the Latin word meaning unborn child) is far more alive than someone who is brain dead.

Meanwhile, pro-life Justice Samuel Alito posed a question to Biden’s pro-abortion Solicitor General, who is relying heavily on maintaining decades of Supreme Court precedent rather than the Constitution itself. He asked her: “Is it your argument that a case can never be overruled simply because it was egregiously wrong?”

Just because we’ve lived with Roe all these years doesn’t make it right. 63 million dead babies in the wake of Roe v. Wade would agree, if somehow they could be polled.

As Ronald Reagan once put it, “[T]he Court’s decision has by no means settled the debate. Instead Roe v. Wade has become a continuing prod to the conscience of the nation.”

We pray that the Supreme Court will reconsider the grievous error their predecessors made in 1973, and turn abortion regulation back into the hands of the states, which is much closer to “we the people.”

The post Abortion on Trial: What Do American People Think About It?  What Does Constitution Really Say About It? appeared first on DailySurge.