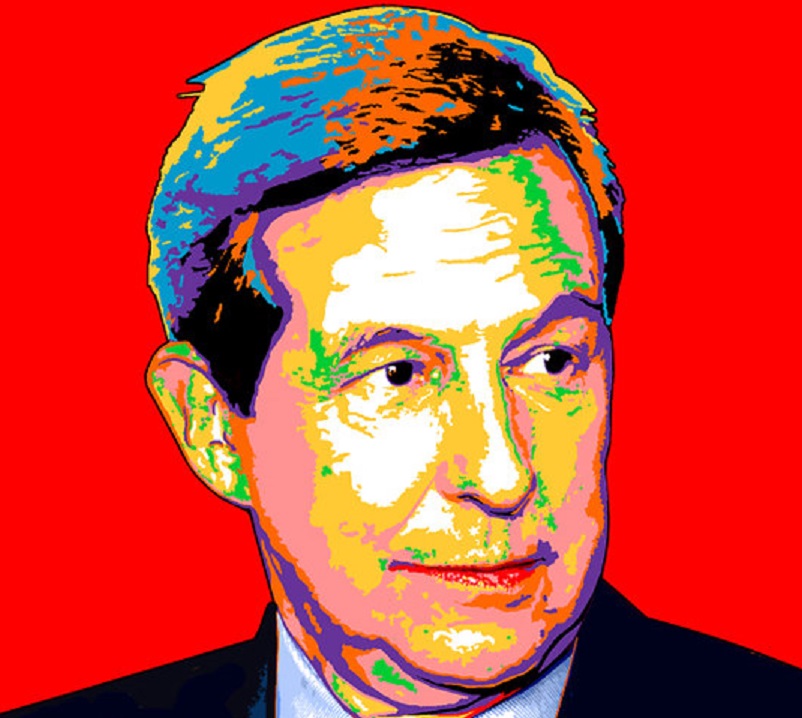 Surge Summary: It appears departing Fox News Sunday host Chris Wallace has fallen victim to TDS – Trump Derangement Syndrome. He, like so many others, including some professing “conservatives”, have virtually lost the ability to be objective regarding the former President.

I suppose I shouldn’t be surprised, but confess I was — at least a bit. I’m referring to the newsflash last weekend that Fox News’ eighteen-year veteran Chris Wallace is departing the conservative-leaning network; and relocating to, of all places, CNN. I say I shouldn’t be surprised — but what ought to be expected from a journalist who plainly dislikes Donald Trump but whose high-profile employer is an outlet that just as plainly squirms at any unflattering word uttered about him? Increasingly, Wallace/FNC wasn’t a comfortable fit.

I guess it was just a matter of time before the seventy-four-year-old Fox News Sunday host decided he’d had enough and debouched from the Trump-friendly zone for media precincts more tightly aligned with his own anti-Donald inclinations. Still … swapping his Fox News berth for a spot at CNN? (technically CNN+; the network’s soon-to-debut streaming service). FNC remains the big kahuna of the cable news world, while CNN … well … doesn’t. The latter network’s ratings have been cratering for quite a stretch; it’s currently on viewership life support. And … the once-iconic “Cable News Network” presently finds itself convulsed by suddenly blooming scandals to boot (Chris Cuomo, Don Lemon, pedophile producer John Griffin).

Is the suddenly ex-Fox News anchor hopping aboard a sinking media ship?

Unlike many of my fellow “right-wingers”, I originally didn’t find Chris Wallace particularly galling. True, a doctrinaire, fire-breathing Reaganite he was not — but I did find him to be that rarest of TV news critters: a highly visible broadcaster who, though not a Republican or self-identified conservative, was more than willing to aggressively grill prominent Democrats, liberals and Leftists. At one time, it was regular fare watching Wallace challenge progressives’ fashionable narrative, drilling down skeptically on Donkey Party claims, pushing back against the self-satisfied assertions of the likes of Schumer, Pelosi, and whoever else was Leftism’s flavor of the week.

Then … Donald Trump happened. When the Manhattan Mogul rose to the Most Powerful Office in the world, something seemed to crack deep down inside Chris Wallace. He abruptly began reflexively aligning himself with whatever was the latest devil-story circulating about DT or, at least, to sympathize with those attacks — even when the facts suggested the day’s newest spasm of Trump-bashing wasn’t exactly accurate or fair.

Unexpectedly — for me, in any case — Wallace appeared to morph into just another corporate media-shill who’d succumbed to Trump Derangement Syndrome (TDS).

A person is in the debilitating throes of TDS when he/she can no longer communicate anything substantively favorable about Donald Trump — including when he deserves it. TDS sufferers are unable to concede the now-former Chief Executive accomplished anything worthy — ever, under any conditions — during his four-year tenure as America’s forty-fifth president. Even when his policy prescriptions tracked with those they’d otherwise endorse if an alternative pol had authored them, TDS-types crinkle their noses at them because of their whiff of Trump-association.

I didn’t begrudge Chris Wallace’s — or any contemporary journo’s or commentator’s — knocking Trump when he had it coming; which he did; often. I’ve appreciated Wallace’s erstwhile willingness to hold elected or appointed officials’ feet to the fire — regardless of their party or ideological affiliation. None of them are beyond accountability; Donald Trump not excepted. Sometimes the one-term president blew it. His decision-making? Frequently spot-on, but not 100%. More often, though, it was his public comportment meriting repudiation: the name-calling, childish outbursts, needless cursing, garish mean-spiritedness not only hobbled his governing efforts but, additionally, served to dishonor his office.

That said, from a genuinely conservative perspective, there’s scant denying Trump also scored a basket of impressive achievements economically, geo-politically and on a plethora of social issues. Multiple incontestably positive developments flourished while he occupied the Oval Office; in which his leadership played, at minimum, a material role.

The TDS-afflicted can’t, from their hearts, acknowledge any of that last part. All they can do is rap Trump and snarl at any suggestion he isn’t apocalyptically awful all the time.

When it’s media players like the already mentioned Wallace and others who — while not remarking from “the right” — previously had demonstrated at least a capacity for level-headedness and objectivity? That’s more disappointing.

When, however, upfront Republicans (Liz Cheney) or actual, certified, time-proven conservatives are the ones who forsake all perspective on everything-Trump? That’s positively brain-cramping.

Consider Mona Charen: long one of my favorite pundits, a Reagan White House staffer, whip-smart, a lucid thinker and skilled writer, for decades she made the case in print and on TV/radio for America’s essential founding tenets and common-sense traditionalism. I recall the thrill of watching her as the dependable conservative on CNN’s Capital Gang or Capital Gang Sunday, dispatching, with placid authority, the liberal nincompoopery of fellow panel members.

Then, à la the aforereferenced Mr. Wallace, Donald Trump took control of the GOP – and the heretofore penetrating and reasonable Ms. Charen was broken.

Presently? She can barely bring herself to admit DT produced even a crumb of anything beneficial to the Republic. Oh, yes: she also endorsed Joe Biden to replace him.

Did I already use the term “brain-cramping”? Let’s go with “dizzying” then …

I get it: some small-government, constitutionalist, morally conventional, patriotic Americans have concluded the seventy-five-year-old billionaire ain’t the guy who ought to be leading their nation. So … don’t vote for him. Go third party. Or abstain altogether from the Oval Office race. Once more, I get it.

But casting a ballot for Joe Biden? The cynical, lifelong Democrat hack who’s ostentatiously missed the bullseye on major issue after major issue his entire career? Who’s sold his soul to the Loopy Lefty-wing of his party for the brass ring of 1600 Pennsylvania Ave? Radically pro-abort Joe? Outspokenly pro-Gay Marriage Joe? I can understand conservatives taking a pass on Trump … but affirmatively advocating for the insupportable Biden option? Nothing but TDS can explain that calculus.

Human being’s capacity for self-justification, even self-deception, is practically bottomless. It’s the exceptional individual who can force himself to credit truths which grate against his preferences. Those slammed with TDS find this nearly impossible.

Excessive abhorrence toward a political operative can hinder honest evaluation of nation-shaping, history-making matters. Exorbitant adulation, the same. Yes, MAGA-enthusiasts need beware the latter. And those entrapped by Trump Derangement Syndrome should recognize the fecklessness of the former.

The pre-Trump Chris Wallace actually might have brought something fresh to CNN: a voice of frank and non-partisan thoughtfulness; a somewhat equal-opportunity critic of all sides. Regrettably, the broadcaster who’s now transferring over to that network looks to be merely joining the Trump-lashing dogpile that’s already fully engaged there; an entire cable TV corporation that’s was embodying Trump Derangement Syndrome well before Chris Wallace showed up.

The post Chris Wallace — Like So Many Others — Falls Prey to Trump Derangement Syndrome … appeared first on DailySurge.