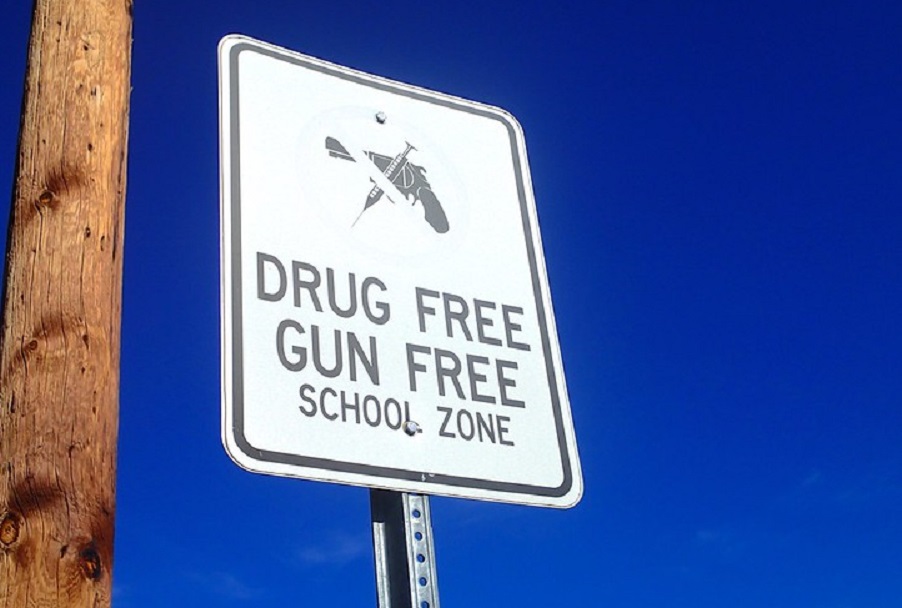 Surge Summary: Adults (Parents) who insist the world conform to what they want rather than what is reality are putting school children in danger. Many wish armed teachers and school staff didn’t have to be prepared for possible school shooters – but that won’t eliminate the threat.

Imagine this scenario for a moment. Pretend that we’re at a parent-teacher conference and the child is having problems at school.

P- Children shouldn’t have to study.

P- Children shouldn’t have to practice in order to make music.

T- I’m concerned about your child’s physical development. Your child doesn’t put in any effort in PE.

P- Children shouldn’t have to put in effort in their physical education class.

To most of us, this parent is such a naïve idealist that the exchange sounds ridiculous. If this discussion were real then we would be seriously concerned about this child’s future.

I don’t want to be the one who tells you the truth about Santa Claus, but we can agree that the world isn’t the way we want it. Sure, I wish there were a way we could build insightful minds and athletic bodies without effort. We all want that, but Utopia isn’t an option. Refusing to do the work hasn’t moved us toward that ideal. Refusing to do the work has only left us weak and ignorant. That wastes lives.

Now let me add another line to the dialogue, a conversation that I’ve actually heard.

T- I’m concerned about your child’s physical safety at school. We want to train school staff so they can stop violent attacks in school and then treat the injured.

P- Staff and students shouldn’t have to worry about violent attacks in school.

I wish this was a fantasy story, but that summarizes the complaints I’ve read about protecting our children.

Pretending that the world is safe and sane doesn’t change the world, nor does it keep our children safe in school. We have to deal with the world as it is, not as we wish it to be. I agree that we don’t want violent criminals with guns in our schools, but they go there to kill and get media attention anyway. The question isn’t if violent murderers should exist. The question is how we should protect our students from them. It’s not a matter of if, it’s a matter of when.

I’m sorry to be the one to tell you but wanting isn’t enough. What we want doesn’t matter if we aren’t willing act on it. I’m disappointed that we don’t live in paradise, but now we get our hands dirty with the hard work of making the world better. Naïve idealism is killing our kids at school.

Lots of things should not go wrong, but they do. I wear a seatbelt when I drive. I have a fire extinguisher in my home, and I hope you have one too. I have those because bad things happen to good people even though they don’t deserve it.

The sad fact is that some people want to hurt our kids. They do it so we will spend days talking about them if they simply kill enough innocent children. These monsters would rather be dead than go unnoticed. I don’t like that and I don’t know anyone who does. That is the way the world is today.

Maybe my perspective is different than yours because of what I’ve seen. I’ve seen school staff take training to be first responders. Sometimes they talk themselves out of the class because they are afraid they might make a mistake and hurt an innocent person. I’ve also seen teachers talk themselves back into the program as we work through a day of medical training. They realize they would do anything so that it wouldn’t be their kids they were struggling to save.

Now I’m going to ask a very hard question. Life and death in school shootings is always a matter of time. We will stop most of these murderers before they start their attack but we can stop all of them soon after. How long would you like us to wait until we stop the next mass murderer in school? How long should we wait until we treat the injured?

We can have trained volunteer staff on the scene who will respond in seconds. We could also wait for most of an hour until the police declare that the school is secure so EMTs will move in and sort the dead from the dying.

The world is not the utopia we want it to be. We can accept that tough realization or we can watch the seconds tick by and curse an imperfect world.

How many children should die while adults play pretend? Fortunately, that is up to us.
~_~_

I want to thank the FASTER program in Ohio and the FASTER Colorado program for letting me observe their classes. I donated to both.