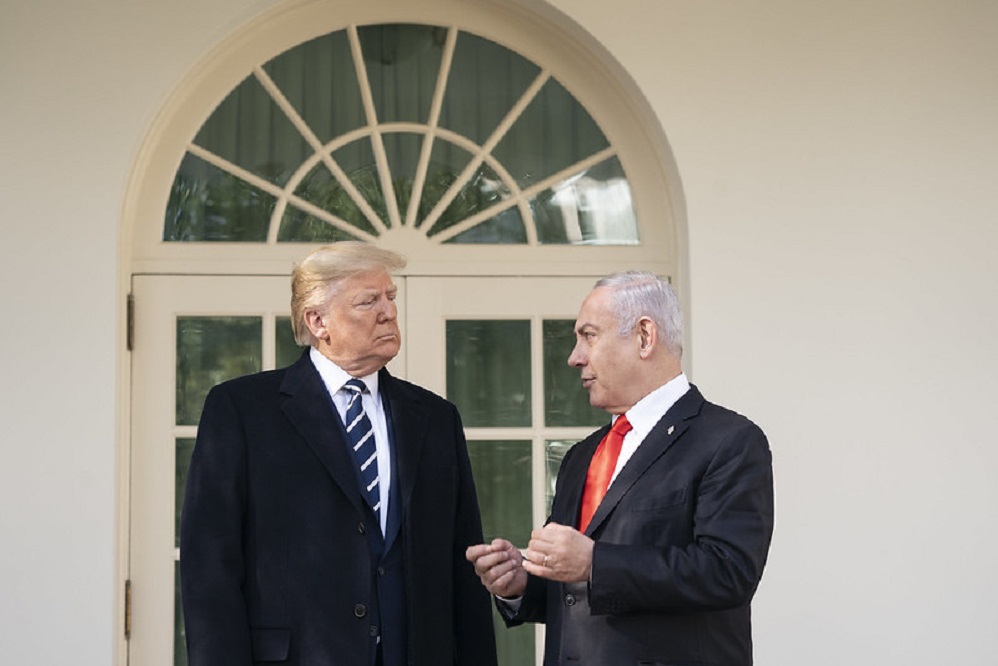 Surge Summary: Donald Trump accomplished some great things while he was president. His recently reported comments about Israel’s former Prime Minister Bibi Netanyahu, however, raise concerns. Is it time for someone else to now take up conservatism’s torch and move the nation in that direction?

Donald Trump’s greatest accomplishment as president may not have been the policies he enacted or the justices he appointed. Instead, as important as those accomplishments were and are, it is possible that the most important thing he did as president was to say to the political world, “I will not play your games. I am the champion of the people, not a member of the good old boys’ club.”

But now that he has broken the mold, thrown out the old rule book, and forged a new path of leadership, it will be best in 2024 for another conservative leader with backbone and conviction to take the lead. Trump simply brings too much collateral damage with him (and, I remind you, I voted for him in 2016 and 2020).

What prompts me to write this now is the latest reminder of the negative baggage that came along with Trump, this time in the form of two interviews he conducted with Israeli journalist Barak Ravid for his new book, Trump’s Peace: The Abraham Accords and the Reshaping of the Middle East.

As reported in the Jerusalem Post, in April of this year, Trump explained to Ravid that he had not spoken to former Israeli Prime Minister Benjamin Netanyahu since Netanyahu called President Biden to congratulate him after his election.

As quoted in the book, Trump said, “I haven’t spoken with him since [he congratulated Joe Biden]. [Expletive] him.”

Trump also said to Ravid, “The first person that congratulated [Biden] was Bibi Netanyahu, the man that I did more for than any other person I dealt with. Bibi could have stayed quiet. He has made a terrible mistake.

“I liked Bibi. I still like Bibi. But I also like loyalty. The first person to congratulate Biden was Bibi. And not only did he congratulate him, he did it on tape.”

This is the same man who threw Vice President Mike Pence under the bus on January 6. Is it any surprise that he also ditched Bibi?

In reality, as noted by the Post, “Though Netanyahu was the first leader in the Middle East to pick up the phone to Washington, journalists were quick to note that Netanyahu was actually not one of the first people to give Biden a congratulatory call. In fact, he made the call nearly a month after Biden’s election, after calls had already come in from the leaders of France, Germany, Canada, the United Kingdom and Ireland.”

Yet, according to Ravid, during the two interviews Trump granted him, one lasting 90 minutes, he brought up Netanyahu’s call to Biden 5 times. Talk about letting something stick in your craw. Talk about not letting it go.

But are we really surprised? (Note also that this story has been all over the news for several days now, and I have seen no report from Trump denying the quotes.)

So, in Trump’s view, despite the presence of a new administration in the White House, Netanyahu should not have reached out to Biden. The election was stolen, plain and simple, and even though Israel would be dealing with Biden, not Trump, in the days to come, Israel had no business congratulating him.

Put another way, loyalty to Trump mattered more than the strength of Israel’s relationship with America.

Put another way still, Netanyahu should have said to the people of Israel, the ones who put him in office, “I’m really sorry, but I cannot congratulate the new president of the United States. If I do so, that will hurt my friend Donald Trump, who has done so much for our country. So, I’ll sacrifice our well-being in the present and not deal with our most important ally, since I don’t want to upset the man who is no longer in the White House.” Seriously?

But this is hardly an isolated incident. Trump continues to make acknowledgement of the allegedly stolen election a litmus test.

As he said at a rally in Iowa in October, “The single biggest issue — the issue that gets the most pull, the most respect, the biggest cheers — is talking about the election fraud of 2020’s presidential election.”

But this is not the primary political battle we need to be fighting now, even if you feel 100 percent sure the election was stolen.

The primary political battle is to get the right people in office, first in the midterms, then in 2024, all while continuing to push for election integrity on every front. (For the record, our electoral system seemed to work pretty well last month, didn’t it?)

And we certainly don’t need to reelect someone who will make loyalty to him, demonstrated by the public affirmation that the election was stolen, to cloud his judgment as president.

To be sure, Trump can still be a force for good in many ways. And he can help support worthy candidates, using the massive influence he still wields.

But if he remains the same man who trashed quite a few good people over the years, then we don’t need him back in the White House.

Surely there are others who can step forward and do a good job, especially when Trump has demonstrated that tens of millions of Americans want a strong leader who will not cave in once he or she gets to Washington.

Trump has set a bold, “tell it like it is” model that others can follow. But he is not the only man who can effectively lead America. And without question, it is possible to be a decisive, powerful leader without burning so many bridges, burying so many relationships, and alienating so many people along the way.

The post  Trump and Bibi: Time for Someone Else to Walk Through Door DT Knocked Down? appeared first on DailySurge.