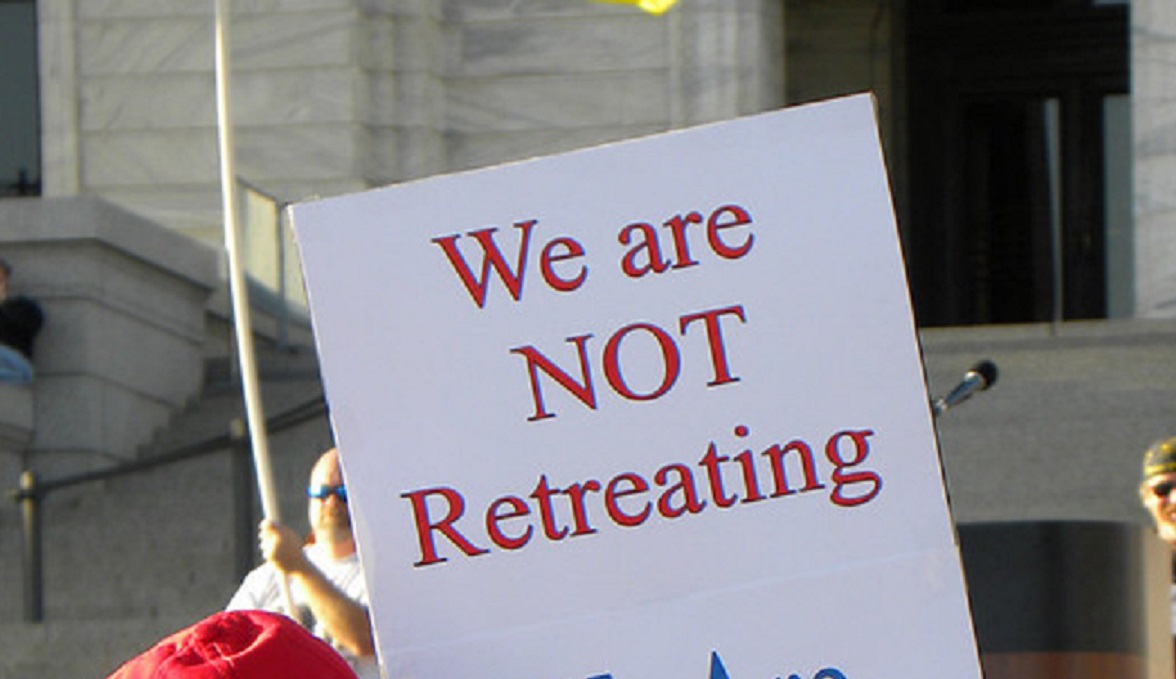 Surge Summary: Over the decades, Christians and those concerned about biblical values have abandoned the public square. As a result, godless secularism has taken over the culture and government. It is time for that to change.by

Houston, we have lift off …

In 2019, we took then North Carolina Lt. Governor Dan Forest, and his wife Alice, to Israel with 40 NC pastors and spiritual leaders. These 40 leaders took on the challenge of Jesus’ Kingdom assignment from Matthew 16:18, where Christ says to Peter “… upon this rock I will build my ekklesia and the gates of hell won’t stand against it.”

Gary Miller was also on this trip to Israel. Gary and his wife Dana have been the North Carolina Renewal Project’s boots on the ground since 2019. They live in Dallas but frequently have left their home to live for months at a time in North Carolina. Thanks to the generosity and hospitality of the North Carolina pastors from our 2019 Israel Tour, the Millers never had to spend any time in hotels.

North Carolina is the new model for the nation, as well as a paradigm shift … provided it’s the Lord deal. The proof of the pudding will be in the eating.

On Monday, December 13th, we hosted our 13th North Carolina pastors luncheon of 2021, this time in Winston-Salem, featuring NC Lt. Governor Mark Robinson. A Gideon is standing in North Carolina.

On the whole, 2,596 NC pastors and spiritual leaders participated in the 2021 North Carolina Renewal Project pastor luncheons. 132 of them have signed a card saying, “I’m praying about running for local office in 2022: city council, school board, county commissioner, etc.”

On Monday, November 29th, we hosted in Asheboro our first campaign school, attended by 146 NC pastors and spiritual leaders. Thirty went forward at the end of the event saying, “I’m in,” as we prayed for God to raise giants to represent the Living God in the land.

In a democratic republic somebody’s values are going to reign supreme in the public square. If Evangelical and Pro-Life Catholic Christians stay home from the ‘rough and tumble’ of the public square, remaining safely sequestered behind their four walls, secularism’s disciples and devotees will impose their values on society. That’s how democracy works.

Unfortunately, Christians indeed tend to keep silent when their voice or vote needs to be heard. As a consequence, secularists have steadfastly over the last 100 years elected their representatives, passed their legislation, and codified into law their values. Christians generally have failed to heed Jesus’ ekklesia assignment from Matthew 16:18.

Because of this, secularists now hold sway over the intellectual, educational, economic, and vocational levers of power and influence in America.

Today’s woke theology means many things, says Dr. Peter J. Leithart in his excellent 1 & 2 Kings Commentary, but its central theme is the “denial of enmity and especially the denial that God has enemies. For someone raised on 19th-century revival hymns, the most surprising thing about the Psalms is the prominence of enemies and the psalmists’ militant reaction.

“Eliminating the category of ‘enmity’ from social and political theory has been one of the grand projects of modernity. Enmity is essential to politics, Carl Schmitt argues, and liberalism is wrong to attempt to turn the enemy into a mere competitor or interlocutor.

“Put a McDonald’s and a Gap in every major Middle Eastern city,” Dr. Leithart continues, “and terrorism [or cultural Marxism] will drown in a wave of Happy Meals. When liberal modernity does not simply ignore the existence of the enemy, it has denied the existence of enmity that cannot be cajoled, co-opted, convinced, or smilingly coerced to become an ally [read religious secularism].”

As Gideons and Rahabs enter the public square, Christianity, as English Baptist minister and social reformer Robert Hall [1764-1831] expressed it, “doth not bid us abate anything of our wariness and honest policy, yea, it requires us to have no less the wisdom of the serpent as the harmlessness of the dove.”

We pray for discernment as Gideons and Rahabs are beginning to enter the public square.

The post Surprise, Surprise! When Righteous Citizens Retreat … Unrighteous Ones Take Over … appeared first on DailySurge.