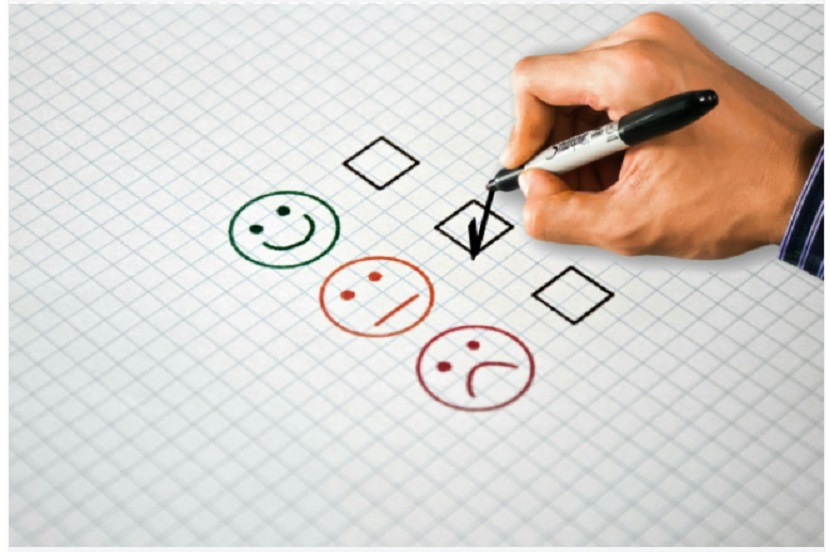 Surge Summary: School Surveys are increasingly being used to manipulate students and for Leftist propaganda purposes. Parents, thankfully, are pushing back against this insidious practice.

Why do progressives love to mess with the minds of children? Many seem to be working through their own divine rebellion by corrupting the innocent.

The latest insidious method is “social emotional learning” in schools and one of the principal tools of SEL is the student survey.

But it’s time to put a stop to all surveys in schools. They serve no valid educational purpose, yet the stories are piling up about invasive, explicit, “woke” survey instruments being inflicted on K through 12 public school students.

Surveys are, in fact, tools of manipulation for some purpose other than academic achievement. They fit easily into the five so-called “competencies” of SEL.

From Kansas to Virginia, from North Carolina to Louisiana, parents are fed up with inappropriate quizzing of children about their attitudes, gender identities, sex practices and home lives.

In Groton, Massachusetts, sixth graders were asked in a survey if they had engaged in oral sex even once in the past year. In Las Vegas, students were surveyed about how warm or cold they felt about white people, and about willingness to have a sexual relationship with a black person.

There are only a few reasons teachers choose to survey students. One is to normalize certain behaviors like cross-gender identities, and so the survey instrument becomes a propaganda tool.

“Do you feel like a boy or a girl?” Most fourth graders have never considered such an idea, nor should they have to.

Or consider this question on the CDC’s Youth Risk Behavior Surveys given in high school and now in some middle schools: “How many sex partners have you had?” The fact that “none” is an option does not compensate for the insidious outcome the question itself delivers– normalizing adolescent sexual behavior and promiscuity.

Health and safety are touted as the rationale behind the CDC survey and others, but smashing a child’s dreams, ideals and innocence in the process is unsafe in and of itself.

Another reason for surveys is to collect intrusive and inappropriately confidential information on students, while not seeming to do so. These answers may remain attached to a student’s school identifier number and file and follow them throughout their school years.

Alarmingly, another reason for surveys is to collect information on one or more specific students by a teacher or outside consultant while seeming to survey the class as a whole, apparently gratifying an adult’s lurid goals. There can hardly be another explanation for a survey given last spring to high schoolers in Massachusetts on “sexual arousal,” for instance. The teacher was placed on administrative leave, but it took parent complaints for that to happen.

Yet one of the major reason for surveys is to use results to justify funding for progressive indoctrination programs. Hiring a pricey consultant for “equity” concerns, for instance, may be the recommendation after a predominantly Caucasian suburban student population reflects too much “white privilege” in a survey full of leading questions.

Grade-schoolers in Minnesota were given a survey to elicit sexuality information and racial attitudes, but were told not to disclose it to their parents. One little girl did anyway, and revealed that she along with other students did not understand some of the questions.

In Beavercreek, Ohio, consultants from “Youth Truth” were allowed to administer an online survey to middle schoolers including this question: “Which of the following best describes your sexual orientation?” Options given: “Straight/heterosexual; Gay or lesbian; Bisexual; Pansexual; Asexual” or, “Questioning my sexual orientation.” A sixth grade girl alerted her parents and the school backtracked

Normalizing “LGBTQ” behaviors and opening bathrooms to all students have been the result of school climate surveys. The GLSEN School Climate Survey is a national online propaganda tool used for twenty years that has no validity. Anyone can pose as a student and take the survey (I know adults who have done this). The goal is homosexual/gender change advocacy using solicited student complaints about not feeling included or “safe” at school (defined as, officially silenced conservative viewpoints).

Despite its bias and absence of controls, the GLSEN survey is routinely quoted to justify a need to adopt “LGBTQ” policies and embrace homosexual identities or gender-switching, which fits neatly into SEL competencies.

Many surveys produced by expensive education consultants are funded by federal dollars. Panorama surveys, for example, are showing up everywhere.  The conflict of interest for U.S. Attorney Gender Merrick Garland has been exposed already. He had the audacity to suggest the FBI might investigate parents who are too inquisitive about a school curriculum. His son-in-law is one of the founders of Panorama, which markets material (including surveys) to schools under the SEL framework which many schools have foolishly adopted and which are the object of nationwide parent complaints.

Many of Panorama’s surveys invite student dissatisfaction and empower children to judge teachers and parents. Students give opinions on how teachers treat them, how much they feel listened to, and even what is happening back at home. Usually parents can opt their children out, but that isn’t satisfactory for many parents once they learn the surveys are often not anonymous but “confidential,” with a third party outside the school (Panorama) administering them.  The log-in for the survey is the student’s ID number. Who trusts a scenario like that?

Surveys inappropriately ask students to weigh in on school policies. “How fair or unfair are the rules for the students at this school?” asks one Panorama survey question.

Some Panorama surveys don’t include demands for students to place themselves into a “sexual orientation” or “gender identity” category, but some do.

This is emotional manipulation and terribly unfair to students. It also serves as de facto approval for such behaviors by the school. What happened to respect, “inclusion” if you will, for all the many families that don’t believe boys can or ever should become girls, following authentic science? Nor believe that homosexual sex is anything but a distortion of God’s design and intention for the humans He created?

These practices are unjust on every side, and the beneficiaries are clearly those with an agenda—either one involving radical social change, or one involving financial gain, or both.

The good news is that parents in droves are speaking out and perhaps it’s not too late to turn these schools around to once again focus on academic skills.

In 1995, Linda Harvey founded Mission America, a Christian pro-family organization tracking current cultural issues. Linda Harvey holds a B.A. in English from Miami University, Oxford, Ohio, and has done graduate work at Miami, Ohio State University, and Trinity Lutheran Seminary. She is a wife, mother and grandmother and lives in