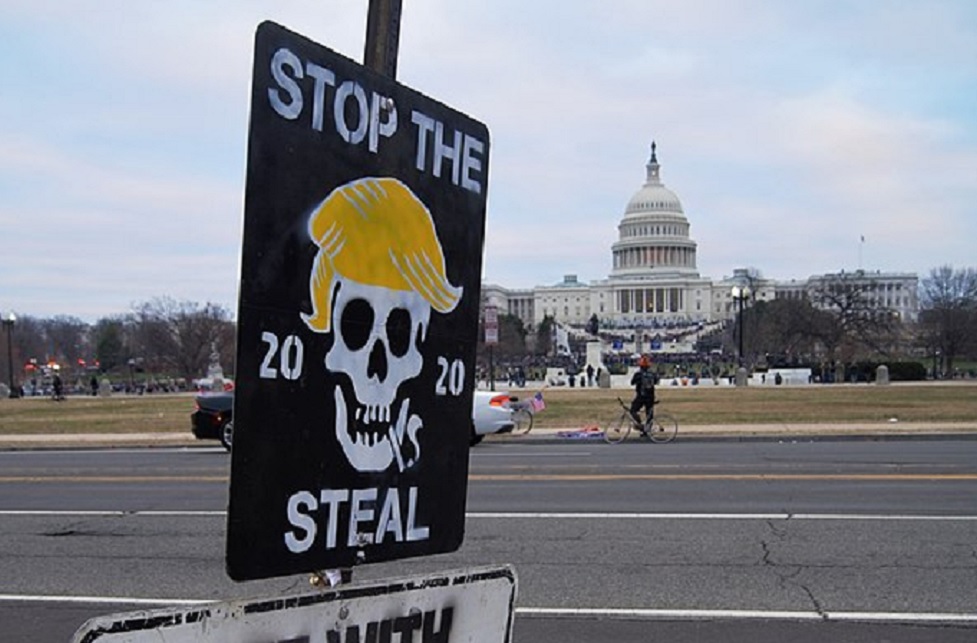 Surge Summary: Many are convinced the 2020 Presidential election was stolen. Nevertheless, even many conservatives and Trump voters remain unconvinced. Who to believe? Those who are certain the steal occurred need to step up with stronger and clearer evidence. What they can’t do is casually insist “everyone” knows Donald Trump actually won.

Some of my most respected ministry colleagues are absolutely convinced that the 2020 presidential elections were stolen. Some of them, including scholars with advanced degrees in statistics and a long list of bona fides, feel sure that the evidence for election fraud is overwhelming. But that doesn’t mean that I am convinced and am denying the truth, let alone that “everyone” is convinced and living in open and willful denial. Perish the thought.

Yet on a regular basis, I will see comments like this: “EVERYONE knows the election was stolen.”

And, “News flash, moron, DJT won the 2020 election by 10 million votes. But a nation of cowards and corrupt MSM refuses to acknowledge the overwhelming forensic evidence of voter fraud and the election steal of the century and do something about it.”

Or, more personally, directed to me: “I have seen the evidence of the Arizona forensic audit and the outright fraud and rigged election in the swing states. Yet people like yourself know good and well that President Trump won by a landslide. The evidence is damning and overwhelming. You know there’s a fraud and thief in the WH an illegitimate POTUS.

“You aren’t stupid. You know Trump won but you refuse to speak up in the face of this great Evil.”

The fact is that I do not know that Trump won, although I do know he received my vote.

But if I did know that he won and did know that the election was stolen, you better believe I’d be speaking out against the steal, loudly and clearly.

Now, if someone said, “I believe that Big Tech and the liberal media helped turn voters away from Trump, and they did that in unethical and perhaps even illegal ways,” I would agree in a heartbeat.

That’s why I’ve addressed those issues many times over the months, both before and after the elections. (In book form, see my forthcoming volume, The Silencing of the Lambs: The Ominous Rise of Cancel Culture and How We Overcome It.)

To be sure, even if there was voter fraud, I would still acknowledge that, under our laws, Joe Biden was our president, having been certified by Congress and with no courts countermanding that ruling.

I would still acknowledge God’s sovereignty, believing that, whether by fraud or by a fair vote, the Lord answered our prayers for the elections in a surprising way, removing Trump and installing Biden.

And I would be just as implacably opposed to the worst of Biden’s policies, since by fraud or not, it is his policies we must deal with today.

But, to repeat, I do not know that the election was stolen, despite waiting in vain for the great smoking gun.

Attorney Sidney Powell has still not delivered the promised Kraken. (Trust me. I was really hoping to see it.)

My Pillow CEO Mike Lindell failed to deliver the promised bombshell revelations in August. (Feels like a long time ago now, doesn’t it?)

None of the audits or court cases have produced anything that would conclusively demonstrate fraud on a national level.

Even Supreme Court justice Clarence Thomas, one of the most consistent and respected conservative voices in America, does not seem to believe there is evidence that the elections were stolen.

I say that because Thomas was the loudest dissenting voice when the Court decided not to hear the Pennsylvania voter fraud case, writing an 11-page opinion.

He wrote, “An election system lacks clear rules when, as here, different officials dispute who has authority to set or change those rules. This kind of dispute brews confusion because voters may not know which rules to follow. Even worse, with more than one system of rules in place, competing candidates might each declare victory under different sets of rules.”

And this: “Elections are ‘of the most fundamental significance under our constitutional structure.’”

And this: “Unclear rules threaten to undermine this system. They sow confusion and ultimately dampen confidence in the integrity and fairness of elections.”

Yet, it was this very same Justice Thomas who wrote (in this same opinion), “We are fortunate that the Pennsylvania Supreme Court’s decision to change the receipt deadline for mail-in ballots does not appear to have changed the outcome in any federal election.”

So, in his view, while the Court failed badly by refusing to hear the case, either way, the outcome of the election would not have been affected. (Remember that Pennsylvania was one of the key states in the claims of fraud.)

More than one year ago, on December 4, 2020, I posted an article outlining my own position, in which I listed a number of key arguments and sources in favor of election fraud.

At the same time, I explained that since I did not have the expertise to sort out which claims were true and false, and since I did not feel burdened by the Lord to spend the necessary hundreds (or thousands) of hours investigating the claims, my own position remained agnostic.

I also explained that I was trusting our court system and, even more, trusting in the unified prayers of millions of Christians for a righteous outcome to the elections.

One year later, nothing has changed on my end, other than to say that I have been disappointed by the lack of evidence that has been presented, especially given the bold predictions and announcements. (For a scathing article, see here.)

As for the claim that EVERYONE knows the election was stolen, that is such a ridiculous statement that I have to wonder to what degree those making such a claim have allowed their views to be challenged. Or is the echo chamber in which they live that soundproof?

Even a poll on my Twitter feed, which is mainly followed by Christian conservatives, indicated a lot of uncertainty about which view was right. (Less than 30 percent said that they were 100 percent sure the election was stolen.)

So, no, not EVERYONE knows that there was massive voter fraud. Not by a long shot. (What would have happened if I had polled liberals?) Why, then, repeat such a baseless, even judgmental claim?

Of course you, for your part, might feel 100 percent sure. So be it.

But you do well not to project your certainty on to others. It may get you some “amens” from those who agree with you, but it will only make you look foolish to most everyone else.