Former President Donald Trump lied while backing the efficacy of COVID-19 vaccines during an interview with conservative media personality Candace Owens on Wednesday after she attempted to undermine the vaccines’ success.

I voted for Donald Trump twice, and happily so, but the former 45th president of the United States told a whopper of a lie while attempting to defend vaccine efficacy and safety during an interview with Candance Owen on Wednesday. Trump said that people who take the COVID vaccine are not dying, and guess what? They absolutely are.

On the CDC VAERS web site, it says that over 20, 244 people have died after receiving the COVID vaccine, a study by Harvard Medical says those numbers are underreported by at least a factor of 10, so you do the math. In addition to people dying after getting jabbed, you have thousands of people who had their 3 shots, got COVID and died anyway. So the false idea, asserted by the Biden administration at a CNN Town Hall back in July, that jabbed people don’t die from COVID is a lie. 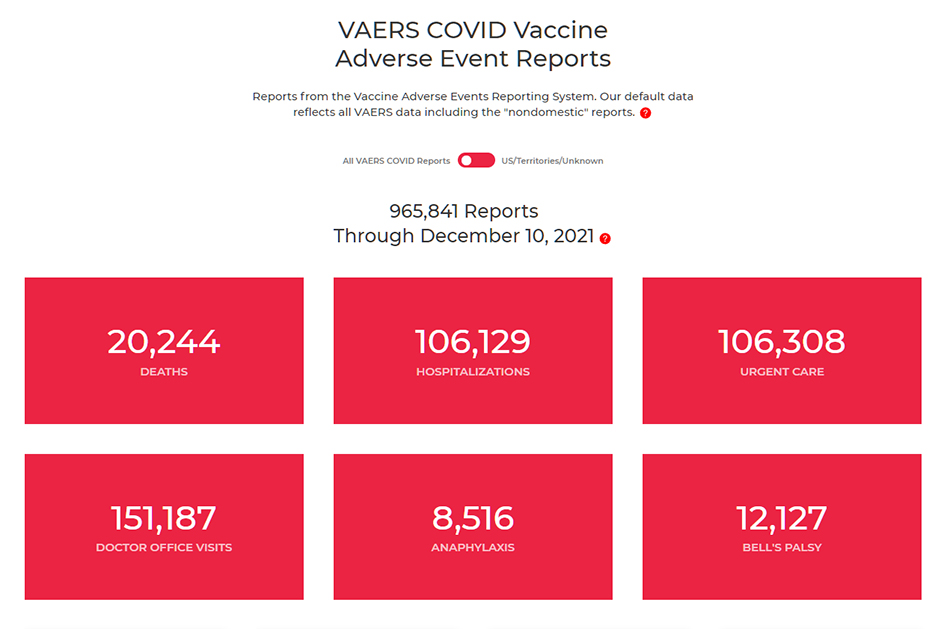 FROM THE NY POST: “I came up with a vaccine, with three vaccines,” Trump said during the interview. “All are very, very good. Came up with three of them in less than nine months. It was supposed to take five to 12 years.”

“Yet more people have died under COVID this year, by the way, under Joe Biden, than under you and more people took the vaccine this year,” Owens interjected. “So people are questioning how —”

“Look, the results of the vaccine are very good, and if you do get it, it’s a very minor form,” he continued. “People aren’t dying when they take the vaccine.”

Since leaving office, Donald Trump has repeatedly praised his administration’s vaccine development efforts but has remained steadfastly against mask and vaccine mandates.

“People have to have their freedom,” he told Candace Owens.

Owens has repeatedly questioned the effectiveness of the vaccines and other COVID-19 restrictions on social media. In October, she said she was not vaccinated and reiterated last month that she was refusing to even consider getting inoculated.

Trump was vaccinated against COVID-19 shortly before he left office and revealed this past weekend that he has also received his booster shot. READ MORE

The post Donald Trump Lied When He Told Candace Owens That ‘People Aren’t Dying When They Take The Vaccine’ During Interview On Wednesday appeared first on Now The End Begins.