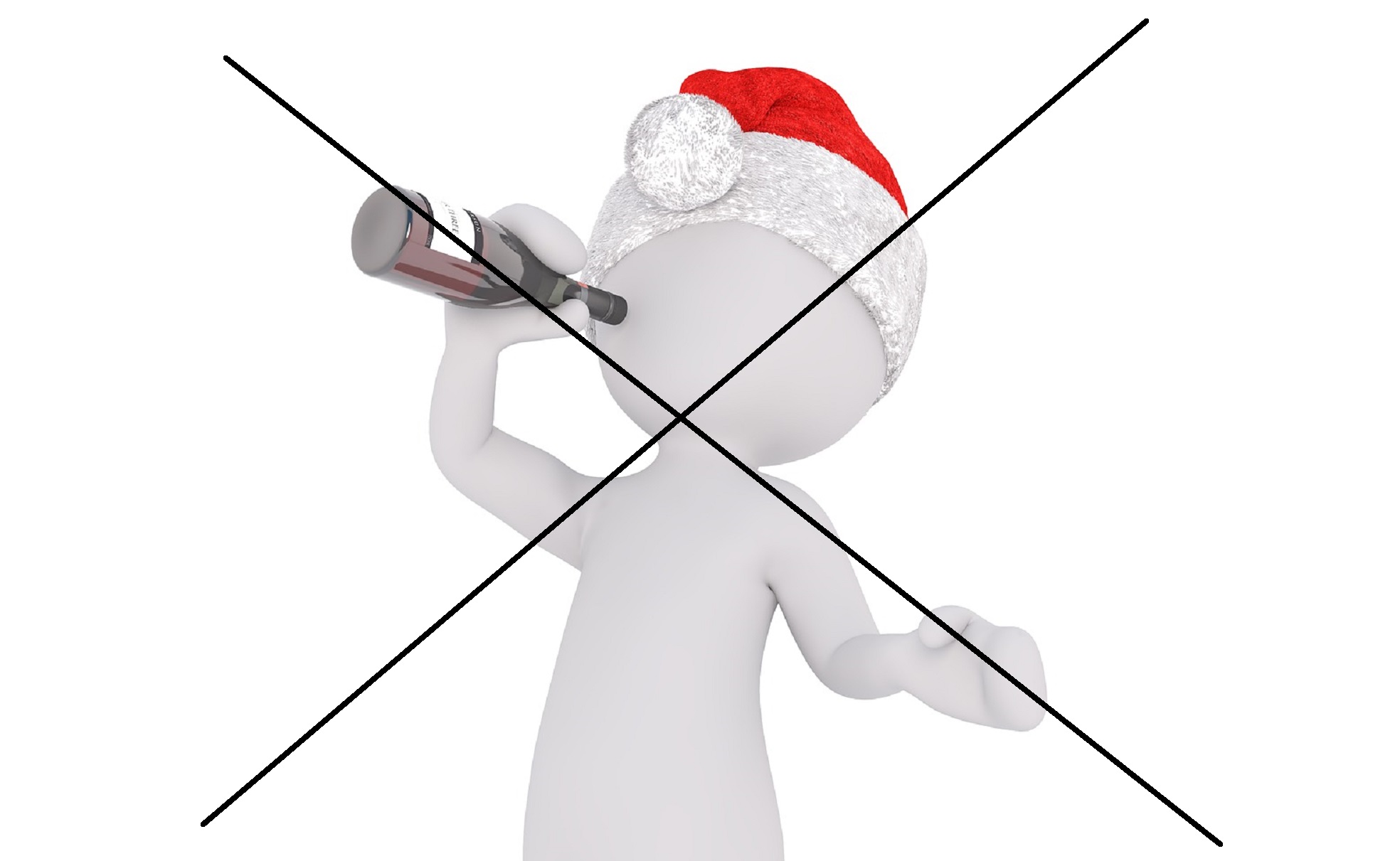 Surge Summary: The Scriptures not only command people NOT to drink too much alcohol, but to be filled up with a passion for Jesus Christ instead. It’s a good standard to keep in mind this holiday season.

Christmas and New Year celebrations are the time of year, which for many, poses a significant risk for problematic drinking. The results can be disastrous.

Alcohol is intertwined with so many of our holiday activities. There can be steady nudges from loved ones and friends not only to drink, but to drink more. It’s not always easy to say “no.” Moreover, the emotional factors, the stresses of the season, and the holiday blues turn into temptations to drink excessively.

In The American Alcohol Problem: An Overlooked and Deadly Epidemic, Caron Treatment Centers state that more than six percent of adults in the U.S. have an alcohol use disorder. This averages out to 1 in 12 men and 1 in 25 women. Worse still, an additional 623,000 people between the ages of 12 and 17 have an AUD.

Approximately 88,000 people die of alcohol-related causes each year. It’s the third-leading cause of preventable death after tobacco and poor diet and exercise choices, and less than 7 percent of those suffering from an AUD will seek treatment.

But these statistics don’t begin to touch the billions of ways alcohol use in itself can precipitate serious problems that don’t necessarily fall under the category of an AUD.

The Scriptures speak to this issue of life, admonishing: “And be not drunk with wine, wherein is excess; but be filled with the Spirit” (Ephesians 5:18).

While many read this text and focus on its call for temperance, they more often than not fail to note of equal importance is its call to intemperance.

Yes, you read it correctly. God does call people to a form of intemperance.

In the passage quoted earlier (Ephesians 5:18), one might rightly conclude that the apostle Paul says the answer to drinking in excess (a chief influence of alcohol is excess) is to become a Christaholic.

Now some might balk at this terminology, Christoholic, thinking it sacrilegious, associating religious devotion to Christ with alcohol’s negative connotations. But being a Christoholic doesn’t describe something warped or twisted because no one can ever get too much of the Lord. As the Psalmist said, “As the deer longs for streams of water, so I long for you, God. I thirst for God, the living God” (Psalm. 42:1).

God doesn’t command people to operate through life in a vacuum. Where temperance is decreed, an intemperance is authorized. The alternative is the mandate, “Be filled with the Spirit.” Sell out entirely to Christ, put your whole heart and all of your energy into him. Become a Christoholic.

God doesn’t expect folks to live only by negative prohibitions, but he charges that we should lose ourselves in an intense passion for him. This breaks the fetters of every addiction and every unhealthy compulsion.

Many years ago, Glenn Peters, pastor of the First Presbyterian Church of Visalia, California, expounded on this principle, eloquently writing:

If your boat is being swept out to sea by a strong current, God does not merely say to you, ‘Row back – pull, pull, pull!’ Immediately above you and accessible to you is a gale blowing back in the other direction. God says, ‘Hoist the sail!’ Abandon yourself to the superior force, which alone is able to counter the force pulling you away…Let your sails be filled, as it were, with the blessed goodness and power of God’s loving Holy Spirit; He will carry you exactly counter to the sweeping tide of intemperance, which, through our fleshly appetites, would sweep us out to sea…

Too long Christianity has been on the defensive. Someone says, ‘If you don’t drink, and if you don’t smoke, what do you do for amusement?’ We answer that our sense of joy is not so narrow that we can see only these puny things. We don’t have to be pumped up artificially and continually with some stimulant or narcotic to get our ‘kicks,’ and then suffer the morning after with a headache, a sense of shame, and a deteriorated physical make-up…

Be filled with the Spirit!’ Here is the antidote – here is the positive command; here is the ‘gale’ to carry our little boat back across the sweeping tide of fleshly indulgence.

Our intemperate thirst for him will always result in the beauty of life and spirit, which will lift us above the swirling tide that sweeps down to hell. Those who thirst intemperately for – and are filled with – his Spirit, need never fear any other intemperance.

This is the way to overcome the lure of alcohol abuse this season. Relinquish complete control to Christ. Don’t consume to excess that which threatens to chain, confuse, disgrace, damage, or kill. Better still, stay as far away from it as possible. Instead, drink of Christ intemperately. Be a Christaholic.

Dr. Mark H. Creech is the Executive Director of the Christian Action League of NC.

The post Christmastime Reminder: Yes, We’re Called to Be Drunk – But with Something Far Greater than Alcohol … appeared first on DailySurge.