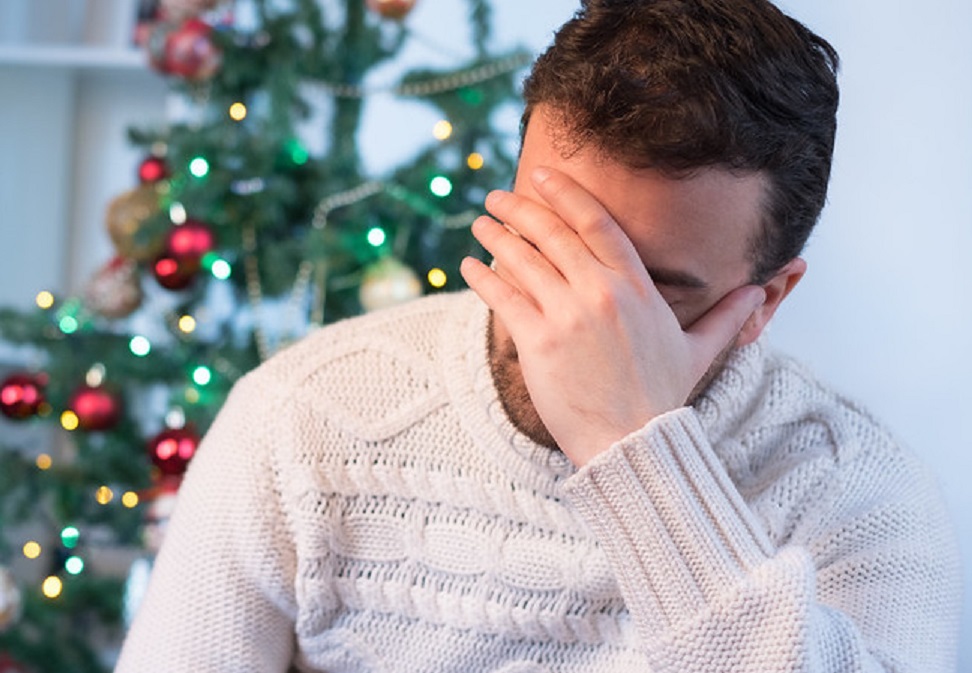 Surge Summary: The numbers indicate Americans are growing more and more sad – and the pandemic hasn’t helped the situation. Yet, the answer to this “sadness epidemic” is the One whose birth is celebrated every Christmas season.

A study by the Harvard Graduate School of Education—based on an October 2020 poll released in February 2021—deserved widespread media coverage. It got almost none. Given what was going on this past February, that is not surprising. But it is regrettable nonetheless.

The study found that we were in the midst of a growing “epidemic of loneliness” that, already bad, has been made much worse by the pandemic. And that was before this thing dragged on and on even after effective vaccines became universally available to Americans. The report notes that the pandemic had “exposed wide holes in our social fabric” that reminded us just how much we depend on “the warmth and care of others.” Which of course we have much less of, thanks to the pandemic. But the relational gaps, including divisions and even hostility tearing at our primary bonds, were already in place.

We can add to this the insights we gained from the latest General Social Survey (GSS) conducted December 2020 to May 2021. Comparing measured overall happiness levels with the 2018 edition of the GSS is startling. It is clear that the problems Harvard uncovered did not improve, given that lonely people tend to be, well, less happy. Nor, given what the GSS tells us, should all these overdose deaths surprise us.

To describe the drop in happiness between 2018 and 2021 as “steep” is an understatement. The percentages reporting they were “very happy” dropped by about a third, from 30% to 20%. Meanwhile, “not too happy” increased by almost 40%, from 14% to 23%. That’s almost a quarter of the adult population saying they’re unhappy.

I could go on, but you get the idea. Steep declines in “very happy” were also evident across the board.

That said, notice that those who enjoyed regular association with others do so much better. In measured loneliness and happiness, married adults fare much better than everyone else. Those who attend religious services regularly do better and changed less. In fact, 29% described themselves as “very happy” in 2021, compared to only 20% of those who go to church only one to three times per month, and 15% of folk who never do so.

I have ties to several pastors due to the things I write and speak about. Across the board, the churches that had the best attendance and giving through the pandemic were those that were highly intentional in going above and beyond and staying connected with each member of their congregations. The visible differences between children in healthy families, and adults in good marriages, has also never been more obvious. We are not meant to go through life solo, especially during hard times. We need each other, not hard drugs nor escape by other means.

Ecclesiastes reminds us that “a three-fold cord is not quickly broken.” In times like these, it’s worth remembering some lyrics of James Taylor: “Shower the people you love with love.” It goes without saying that there has never been a worse time to sever ties of friendship and family over temporal politics, as so many have done.

Beyond that, there is an Anchor much more reliable and profound than our loved ones, important as these are to us. This Anchor has sustained men and women throughout history, even when everything else has failed them. His name is Jesus Christ.

As we prepare to celebrate—with our families, friends, fellow church members—the birth of God’s Son as a human baby, God made flesh, let’s set our mind and hearts ultimately upon that. He came to remove the alienation of humans from God and one another. He is the ultimate source of joy, the premier fountain of happiness. He will never leave us or forsake us. As the psalmist says, He places the lonely in families, His family, forever.

The post The One Whose Birth We Celebrate This Season Is Antidote for America’s ‘Sadness Epidemic’ appeared first on DailySurge.