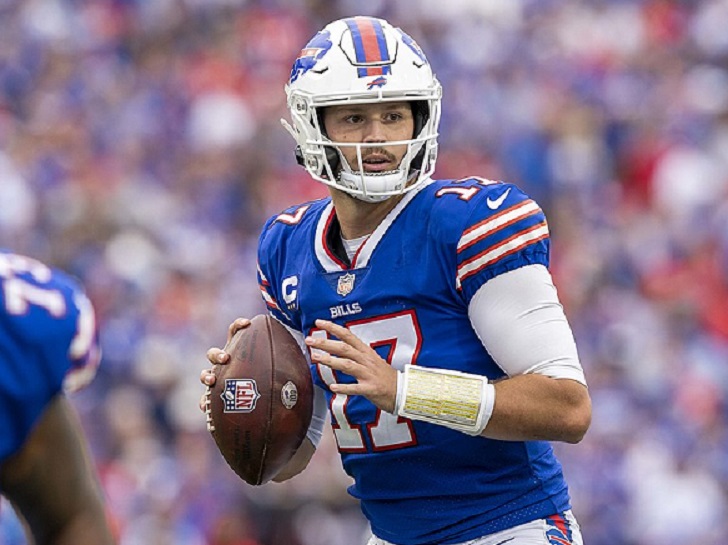 What a hectic week of Yule tide football!  Several Division titles were unwrapped under the tree, while some teams got coal in their stockings, or worse, holes in their stockings from chasing dreams they aren’t going to catch this season. Covid continues to assault the league’s equilibrium, like one of those unstoppable monsters from the old Japanese horror movies of the 1960s.  Speaking of unstoppable monsters, Josh Allen gave the world a vivid demonstration of his extensive skill set AND leadership ability as he gave my Patriots more than they could handle at home Sunday.  I hope your Christmas was shiny and bright this past week.  My picks certainly were, at 13-3.  I’m at 65.5% for the season, still ahead of the NFL network’s best!  Ho Ho Ho!! Here’s the picks.

Eagles at Deadspins – The Feebles didn’t look good last week, playing a lethargic first half against a deceased NYG team.  They pulled it out in the 2nd half, but Hurts’ ankle apparently still does, as his mobility was a non-factor.  The Bedspins had a fatal case of headspins as Dallas shellacked them so bad before the half they didn’t know whether they were home or away.  Philly has to win out to get a sniff of the playoffs.  They ought to put this one away and improve to 7-2 in their last nine, while Washington looks for the exits this season.  Maybe they’re glad they don’t have a name to be remembered by after last week.  Eagles soar and score, while DC wants no more.

Rams at Ravens – The last thing the dying Baltimore Rave-Ends need right now is a date with the most formidable NFC team in the league.  You heard me, Packers fans.  Harbaugh’s Half-deads are about to get another pounding like the one Cincy handed them last week, which had Coach Hardball whining about mistreatment and sportsmanship to the Bengal coach during the after-game handshake (conveniently forgetting that his DC Twink Martindale handed Joe ‘Bury-You’ Burrow bulletin board material earlier in the week).  LA is Ram-tough as the Ravens fade to black.

Buccaneers at Jets – Another ‘gimme’ game for a decimated Tompa Bay lineup.  Call the Jets a late Christmas present, as Brady and what’s left of his team gets a breather game.  Antonio Brown made parole this week and factored big in the win, and Bruce ‘Integrity’ Arians is down with the virus, but the Bucs are still going to plunder the boroughs of New Amsterdam like in days of olde.  Bowles trolls his old team while the Jets drop faster than the ball in Times Square.

Dolphins at Titans – This is a game to watch!  The Titans need to stay ahead of surging Indy.  Miami is the only team in history to have both a 7-game losing streak and a 7-game win streak in the same season, and like that photo-bombing guy at the beach they will do anything to get their faces into the playoff picture.  Can the resilient Titans keep Flores’ Flippers from jumping them?  Will O Tannehill find more than AJ Brown to throw to against the X-man?  I’ll take experience over hot streak this week, as the Titans fry the fish.

Jaguars at Patriots – My Patriots got exposed the last two games.  They are better than we thought they would be this season, but not as good as we hoped four weeks ago.  The defense had no answer for freaking Isaiah McKenzie on Sunday, nevermind Josh Allen.  Allen’s only mistake was when he hit JC Jackson in the hands with a sure INT at his own 35 with the Patriots trailing by 6 in the 3rd quarter…. which Jackson dropped.  It was the signature play of the game, which ended as I thought it would. Jacksonville is a gimme game for a team that needs a gimme, but we still don’t know what the Pats really are.  What we do know is they aren’t better than Buffalo.  This week, Trevor trembles in trouble from a Tri-corner trouncing.

Raiders at Colts – Interesting game with Wentz out.  Colts clinch a post-season appearance with a win, and this team is good enough to do so with a backup QB, on the strength of their defense and Johnny Taylor’s legs.  Vegas mourns big Johnny Madden this week, and they are looking to stay inside the playoff picture as well.  On Sunday, Frank has the Reich Stuff, as his Ponies outpace the Pirates.

Chiefs at Bengals – Another monster matchup this weekend.  The Chiefs are finally mighty again, but these Bengals are nasty and all fangs-n-claws here in December.  Look for Cincy to Mixon it up with strong running, Burrow hurling it downfield, and an assortment of option passes to the backs.  KC will have all it can handle, as Cincy brings the heat to Patrick’s pocket repeatedly.  This action thriller has it all; a gunslinger’s duel, trench warfare, explosions and chase scenes, armed robbery, field artillery, feathers, fur and fangs.  When the smoke clears, who will be wearing the warbonnets?  The guys who brought them.

Giants at Bears – The Giants poke the Bears, and get bitten, battered, bashed, bruised and broken.  You should let sleeping Bears lie.

Falcons at Bills – Atlanta flaps into Orchard Park this week, and I expect Buffalo to break their beaks but good.  The Bills are (rightfully) feeling good about themselves, restoring full confidence decisively in New England last week.  They aren’t about to stumble at home late in the year, especially with two gimme games to go and the Patriots nipping at their heels.  The Peaches get pitted, sliced and canned (in light syrup).

Texans at 49ers – Houston, we have a problem.  Every so many games, the Texans play over their heads and beat a good team senseless.  It happened to Tennessee, and last week it happened to the Chargers.  Dangerous team.  And what about the thumb?  On Garoppolo’s throwing hand?  Will we see Trey Lancing throws into that klepto Texans secondary?  SanFran has a chance at playoffs, so this doesn’t shape up to be one of those ‘freak week’ wins for Houston…Jimmy or no Jimmy.  Prospectors find a little more gold in their pans this week.

Broncos at Chargers – Denver can run; LA can’t stop the run.  Herbert can throw a ton; Denver can Surtain-ly make you pay.  Denver can’t throw, which exposes their run game.  With Ekeler expected back, LA can Bolt again.  Justin Herbert has a pattern of decisive wins following a defeat.  Winner still has a shot at playoffs; loser gets some lovely parting gifts.  Denver gets the year’s supply of Rice-a-Roni and a new toaster.  LA gets a trip into the post-season.

Panthers at Saints – Two teams with no QB…who wants to watch THIS mess?  Saints threw the Book at Miami last week, and it turned out to be a ‘novel’ story called ‘Pick-6 & the Eight Little Sacks’, as the Dolphins read New Orleans the Riot Act.  Book got his cover scratched, his pages torn and his binding came unglued in a tale called ‘Swimming Among The Dolphins’.  The Panthers D will be looking to tell a tale of their own this week.  Problem is, their QB committee is less effective than the local church’s Pancake Supper Planning Committee, so give me the Saints D and whatever forward gains Alvin Kamara and Mark Ingram can scrape together.  ‘Storied’ football, indeed. Reads more like a Greek tragedy than a Comedy of errors.  You can’t write this stuff…

Lions at Seahawks – Seattle found a shiny new Penny in their backfield, as ‘Rush-ad’ has been piling up the yardage in recent weeks.  He’ll be facing Detriot, whose ‘bump ‘n run’ defense likes to bump opposing backs and then let them run, untackled after contact.  Seattle’s a mess, but there’s no reason they should drop this homer to next season’s #2 lottery picker.

Cardinals at Cowboys – The Cardinals are still a good team, despite their recent backsliding.  They play good pass D, but this is probably the best set of receivers anybody will attempt to cover this season, and I just don’t see Arizona shooting the Cowboys out of the saddle at this point.  A good game to watch for sure, but the outcome seems to me to be foregone.  Dak leads the pack as they give the Birds a whack.

Vikings at Packers – The Vikes are dangerous and talented.  And inexplicably inconsistent, which should result in Zimmer’s dismissal at season’s end.  This team has given the Packers many close games, as this cold-weather rivalry has been hot for a long time.  Green Bay still has a bye to play for, so they aren’t taking any time off yet.  This will likely be as good a watch as Bengals-Chiefs.  Right down to the wire, the Pack stays on fire.

Browns at Steelers – Rust Belt slugfest of two former heavyweights, now just punchers trying to stay on their feet for a few more rounds.  We all know now that Baker Mayfield is a bust, and Cleveland is going to have to do something different (God knows what…).  This team is one QB away from really dangerous, but we have seen the best of Baker and now we want to trade him to Mayfield for Wally, Beaver or even Eddie Haskell.  So Cleveland remains Cleveland, snakebit forever.  Pittsburgh is Larry Holmes, trying to last one more fight, but it’s one too many.  Najee ‘Not Franco’ Harris has had a nice season.  If you stack what’s left of these two teams side by side, the Orange still shines brighter.  Chubb Nicks the Steelers for extra yardage, as Cleveland rocks ‘n rolls.